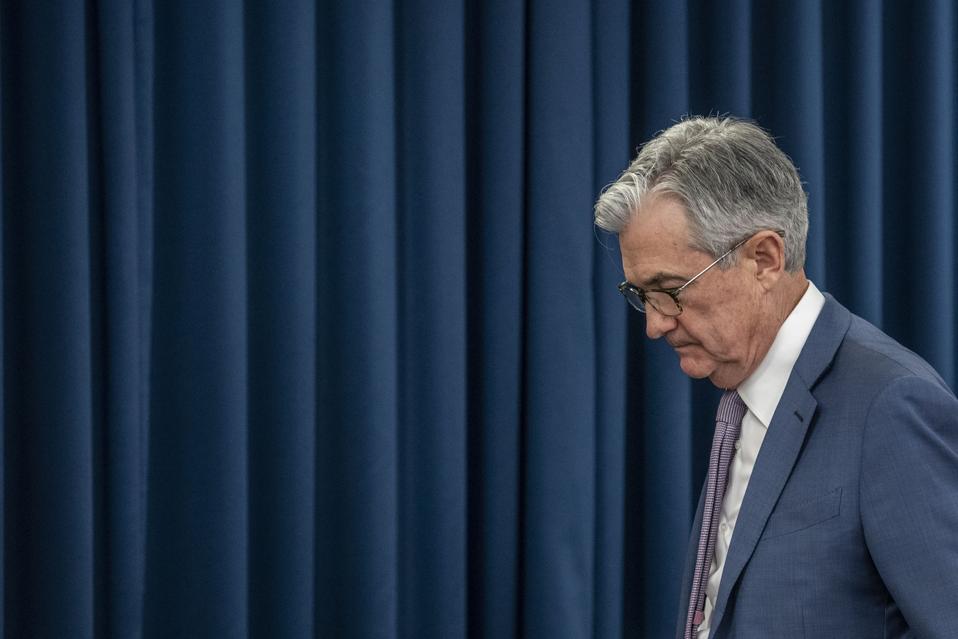 What’s next for the Fed after this week’s cut? (Photo by Eric BARADAT / AFP) (Photo by ERIC … [+] BARADAT/AFP via Getty Images)

In early March, the Fed cut rates by half a percent to 1%-1.25%. That was a relatively large move and occurred outside of a routinely scheduled meeting. Futures markets expect more cuts. The question for the Fed’s meeting in two weeks, appears to be whether we’ll see a 0.5% or 0.75% cut. So not if there’s a cut, but how much. Then as early as June rates could touch zero. This is according to data from the CME’s FedWatch tool.

These are significant and rapid rate cuts to rates, should they occur. Such cuts are a double-edged sword for stocks. Yes, cuts support the economy and can boost stock valuations all else equal. However, the sort of economic data that would motivate the Fed to bring rates to zero isn’t here yet. Interest rate futures markets clearly see soft economic data coming. It’s not clear that same data is priced into stocks currently. The price to earnings ratio as a valuation gauge stands at 23x earnings compared to a historical average of 15x. If valuations revert to mean a big drop in stocks could happen.

Of course, it is tempting to attribute this bleak economic picture to the coronavirus, and of course, there’s a lot of truth to that. Nonetheless, it is important to remember that the global economy was fragile even before the coronavirus hit. Manufacturing was soft for example and trade tensions were a source of risk. So although the coronavirus is disruptive, it may be pushing a global economy that already carried some recession risk potentially over the edge.

Interest rate futures have a decent, but not perfect, track record in forecasting the Fed’s moves. Currently, the data clearly suggests more rounds of cutting. Those cuts will likely be prompted by the sort of data that equity markets won’t like. However, the shape and depth of any economic decline is not yet known. With markets down a little over 10% off the highs and only back to levels we saw last October for the S&P 500 there may be more declines to come if the bond markets view wins out over the coming months.

Earlier this year the debate was whether the inverted yield curve of 2019 would lead to a recession given its impressive historical track record. Now that recessionary outcome does seem more probable. The second step will be to look for rising unemployment. Should unemployment rise 0.5% off the lows, that’s often taken as a rule of thumb that a recession is upon us. So, broadly speaking, should we see unemployment exceed 4% in the U.S. in the next few months, there’s a good chance we’ve entered a recession.

So we’re at an interesting point. A lot of weak data is expected but has not yet occurred. The stock market is arguably taking a more optimistic view of the situation today. Yes, a correction is upon us, but stock valuations do not appear to imply the sort of trajectory that would prompt acute rate cuts. Unfortunately, the bond markets to tend to have the better forecasting track record, but they too have been wrong in the past.

Future Tech Trends: The 4 Technologies That Will Change Marketing Forever