Breaking
Everything You Need to Know About Corporate Social...
Is Adaptive Leadership the Key to Motivating Employees?
Why business events are set to return with...
Business events set to return with a bang!
Expanding Internationally: 5 Things to Consider for eCommerce...
How the Machine Shop Is Going Digital in...
Sustainable Food Packaging Is Helping the Hospitality Sector...
Top 5 Investment Practices To Make More Money...
Managing IT Requirements for SMEs: 5 Aspects that...
How To Build a Successful Luxury Brand In...
Finding The Best Google AdWords Consultant for Your...
8 Top Tips To Help Your Agricultural Business...
Three Reasons Why Office Décor and Design Are...
Looking To Improve Efficiency In Your Business? Here’s...
AI and machine learning for business
How Social Media Changed the World
Home Business G League Assignments Help Indiana Pacers Players Get, And Stay, Ready For Their Chance
Business 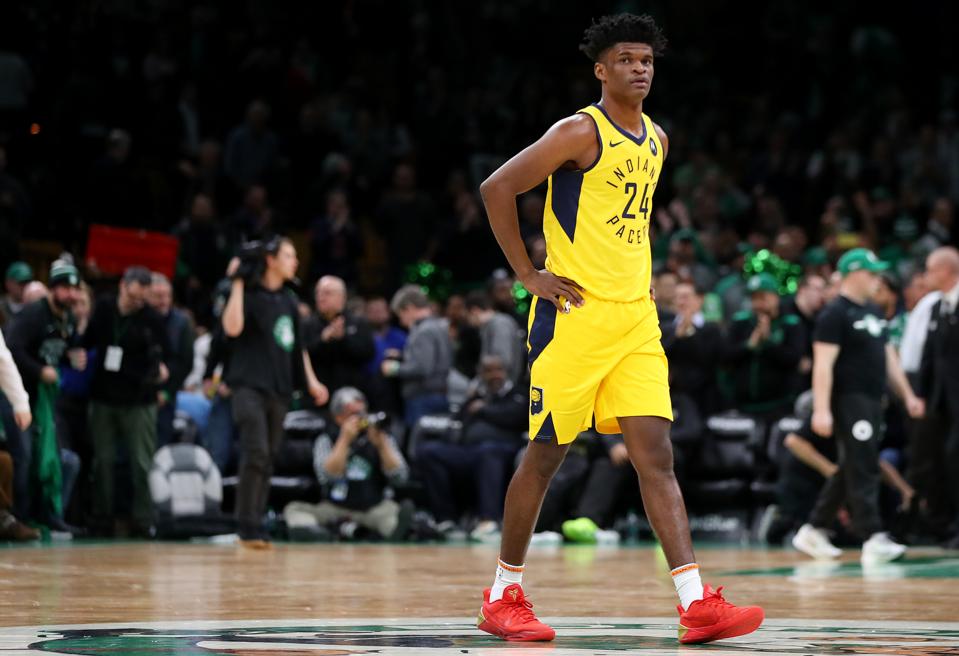 BOSTON, MASSACHUSETTS – JANUARY 09: Alize Johnson #24 of the Indiana Pacers exits the court after … [+] the game against the Boston Celtics at TD Garden on January 09, 2019 in Boston, Massachusetts. The Celtics defeat the Pacers 135-108. (Photo by Maddie Meyer/Getty Images)

The Indiana Pacers have played well throughout their 2019-20 campaign despite basically every member of its roster suffering an injury at some point in time. 11 different players have missed games while banged up, which makes the team’s 30-16 even more impressive.

A further challenge with these injuries is that many of them have been lengthy, and players are typically not quite their normal self after returning from an extended absence. “It’s definitely tough, sitting four or five weeks,” Pacers guard Edmond Sumner told me. “I’m working out as much as I can but it’s not the same things as getting out there and getting NBA experience. Nothing can simulate that for me.”

Playing in games has value in the rehab process, and while Sumner did specify NBA experience, it’s clear that games are more beneficial for a player than practice or gym time when it comes to getting fully healthy. Since not every player can play in the Pacers NBA rotation, however, the organization has been using their G League team in Fort Wayne to get guys back up to speed.

Usually, that process does come as a result of an injury. Sumner and JaKarr Sampson were sent down to the G League after they were hurt for multiple weeks. It helped them recover in full.

But sometimes a player just needs to get up to game speed after being out of Indiana’s rotation for an extended period of time. That was the case when Alize Johnson and Goga Bitadze were sent down to play with the Fort Wayne Mad Ants.

No matter the reason is for a G League assignment, these games are beneficial for the players who typically ride the bench. They can get game action that escapes them in the NBA. Alize Johnson is the most common beneficiary in this regard, he has actually played more minutes for the Mad Ants than the Pacers this season despite being in Indiana’s rotation early in the year.

“It keeps me in shape. It keeps all of us in shape,” Johnson said of his time with Fort Wayne. “[The Pacers are] doing a great job sending guys down who don’t really get many minutes [so they can] just stay ready for an opportunity that may occur up here.”

Johnson uses his G League time better than anyone. In eight games with the Mad Ants, he has posted averages of 21.9 points and 15.1 rebounds per game; video game numbers. Those minutes in Fort Wayne, where Johnson is the best player on the floor, helped him refine some skills that were needed for the Pacers to win games this season.

When Indiana was slammed by injuries in the front court earlier this year, Johnson’s services were requested. He spent a week in the rotation; he received over half of his total playing time this season in just three games. Indiana won each of them and played their opponents to an even draw with Johnson on the floor. He filled in ably.

Alize detailed how those assignments with the G League help him when called upon for NBA minutes. “Defensively, just being ready for any action,” he said. Then, the discussion shifted to offense. “Knocking down three-pointers, getting more comfortable. Game time reps, there’s nothing like game time reps.”

Another Indiana power forward, JaKarr Sampson, uses his G League assignments to aide him less with physical skills and more with rhythm and mentality. “Besides shape, I think just mentally, just being able to just flow and play and being able to get up and down the floor is big time,” Sampson said of his games with Fort Wayne. “Just staying in rhythm and being ready when you’re name is called [in the NBA] is great.” 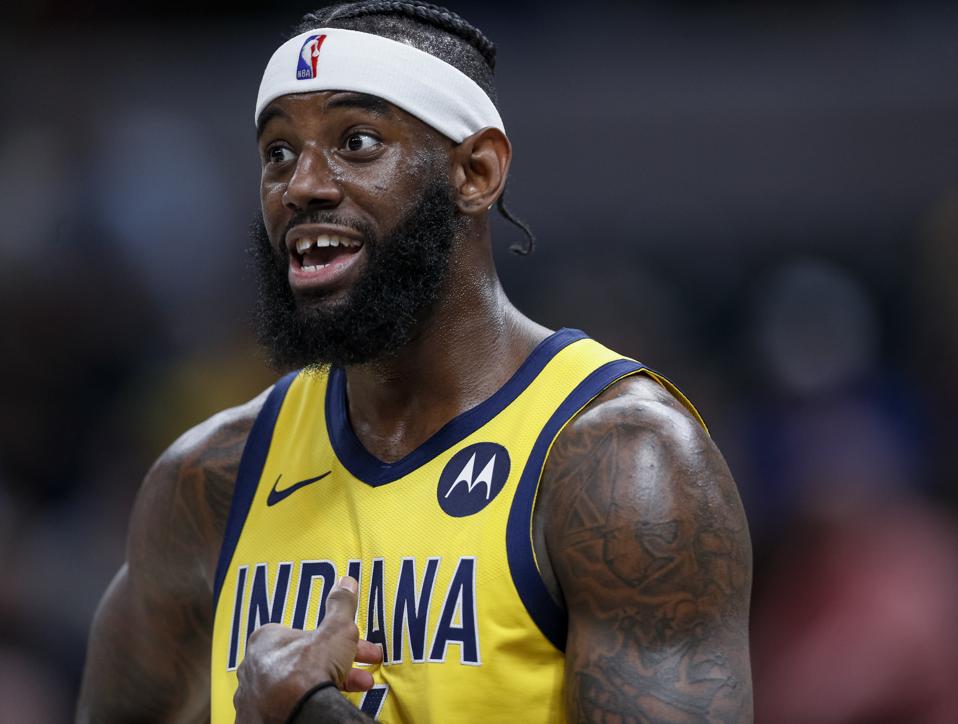 INDIANAPOLIS, IN – NOVEMBER 08: JaKarr Sampson #14 of the Indiana Pacers is seen during the game … [+] against the Detroit Pistons at Bankers Life Fieldhouse on November 8, 2019 in Indianapolis, Indiana. (Photo by Michael Hickey/Getty Images)

Sampson, as mentioned above, saw his G League assignment double as a rehab stint. He missed weeks with a back injury, so the Pacers sent him down to the Mad Ants to get his feet back under him. Sampson relished that opportunity.

“I love playing basketball. So when you’re out of the rotation and you’re hurt for a little bit, [you’re] not getting up and down as much,” he said. “It’s good to [play in the G League] in that sense. Get down, play some games, get a feel, and knock the rust off to stay in shape. It’s big time.”

Sampson has been a G Leaguer for most of his career; he has more minutes playing in the minors than in the NBA. But he doesn’t mind. He’s just happy he gets to play. He mentioned at media day that he spent a lot of his time with the Windy City Bulls last season working on his three-point shot, something that helped him land a spot on an NBA roster this season. He is perhaps the biggest fan of the G League on the Indiana roster.

But he isn’t the only fan. Every player who has received the opportunity to play with Fort Wayne has enjoyed it. More recently, first-round pick Goga Bitadze has gotten the opportunity to hit the court with the Mad Ants to get additional playing time. The rookie dominates when he gets G League minutes, showing off a stat line of 21.7 points, 15.7 rebounds, and 4.7 assists per game. His defense still needs work, but his 4.7 blocks per game were impactful and game-altering. 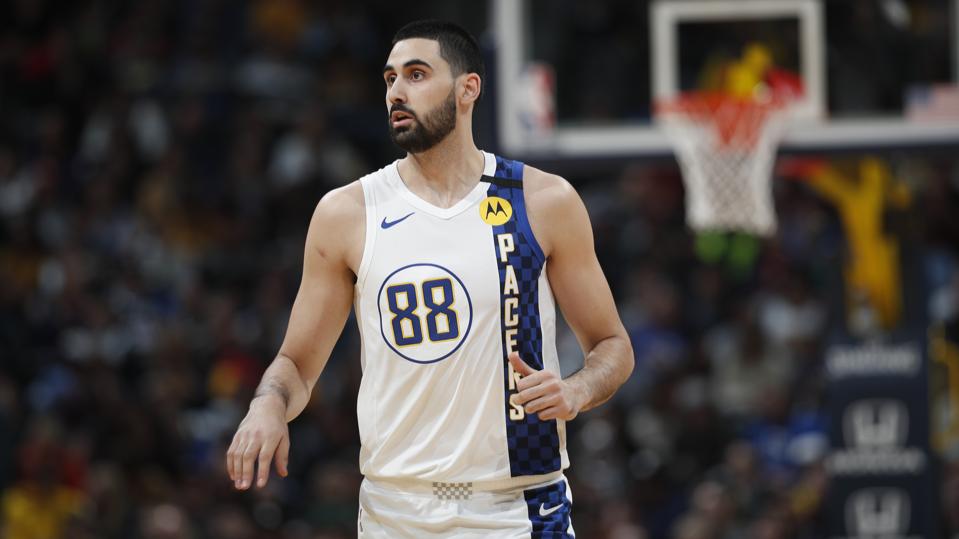 “It felt really good to go out there and get some minutes,” Bitadze said after his first appearance with the Mad Ants. “I played free,” he added, something that is harder for him to do in his limited NBA playing time.

In November, when there were copious injuries, Bitadze occasionally shared the court with the likes of Sumner and Sampson during NBA action. Those two teammates also, interestingly, saw playing time together in Fort Wayne.

It’s a minor bonus, but on occasion, multiple Pacers players will get sent down for a G League assignment at the same time. When the Mad Ants took on the Wisconsin Herd in late 2019, all three of Sampson, Sumner, and Johnson were with Fort Wayne. They hung 125 points on the Herd and pulled out a tough win. The trio combined for 61 points and 29 rebounds. They were dominant.

“It’s easier to play off of each other,” Sampson said about playing for Fort Wayne with Pacer teammates. “Then you got that bond there.”

Sumner agreed. “It’s better to have guys who are [in Indiana] with you every day and kind of know the scheme of things,” he said. He spent a ton of time with the Mad Ants during his rookie season when he was on a two-way contract; he knows that organization well. But he plays better when he shares the court with the guys he typically practices with.

This year, Johnson has been the one to receive the most time with Fort Wayne. He noted that there is “definitely some chemistry,” when playing with his Pacer teammates in the G League. But the always-leaping forward was more inclined to discuss the rest of the Mad Ants roster, a group he plays well with. “They’re are all great players. There’s a lot of great players on Fort Wayne as well so it doesn’t really make a difference.”

Regardless of who plays with who, the Mad Ants are helpful for Pacers’ players in various ways. They get to directly play off of each other and get more reps together, sure, but they also get to rehab and work on key skills. For a team that has needed contributions from everyone this season, the Indiana Pacers need to be thankful they have the Fort Wayne Mad Ants to help them.

Cult Is Not A Scary Word, Especially If It’s The Cult Of The Customer

The Surest Way To Double Your Money With Dividend Stocks