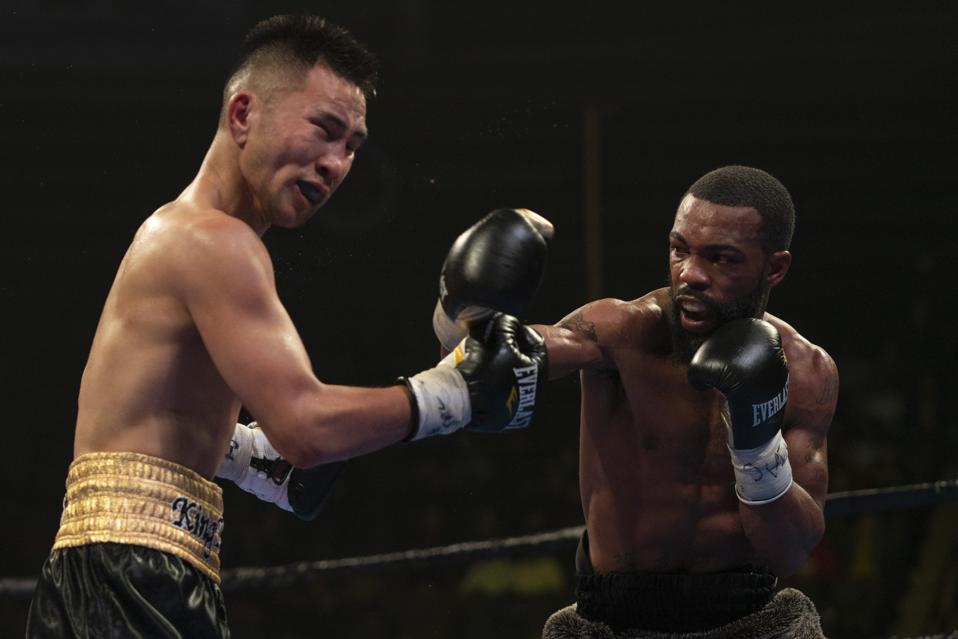 Here is what the boxing community had to say about Russell’s win:

As usual, hand speed was the difference for Russell. Through the first seven rounds, Russell beat King Tug to the punch repeatedly. He wasn’t necessarily hurting the challenger with the shots, but he was landing regularly and scoring.

Russell had the edge in landed punches in six of the first eight rounds, and eight of the 12 overall. The punch stats support the judges’ decision, although the 118-110 card seems a little wide.

To King Tug’s credit, he proved this fight was not the gross mismatch some might have expected when you consider the challenger had only 10 pro fights.

The former Olympian’s amateur pedigree and the pro experience he has acquired wound up allowing him to compete with a world-class fighter.

When it was over, Russell called out WBA Super Featherweight Champion Leo Santa Cruz. Russell has been in pursuit of a fight with the all-action Mexican fighter for years, but he has been unable to get Santa Cruz to sign.

Santa Cruz has moved up, but Russell says he is willing to follow him to the super featherweight division if that’s what it takes to secure the fight. While most appreciate Russell’s skill, many still criticize him for his inactivity.

That’s clear from some of the tweets above.

Russell has fought once a year since 2015, but he appears willing to increase his activity in 2020. Hopefully, that’s what happens, and a bout with Santa Cruz would be one of the biggest fights of the year.

‘Pokémon GO’ Teases ‘Something Mythical, But We Already...

Here’s How To Watch Virgin Galactic Reveal the...