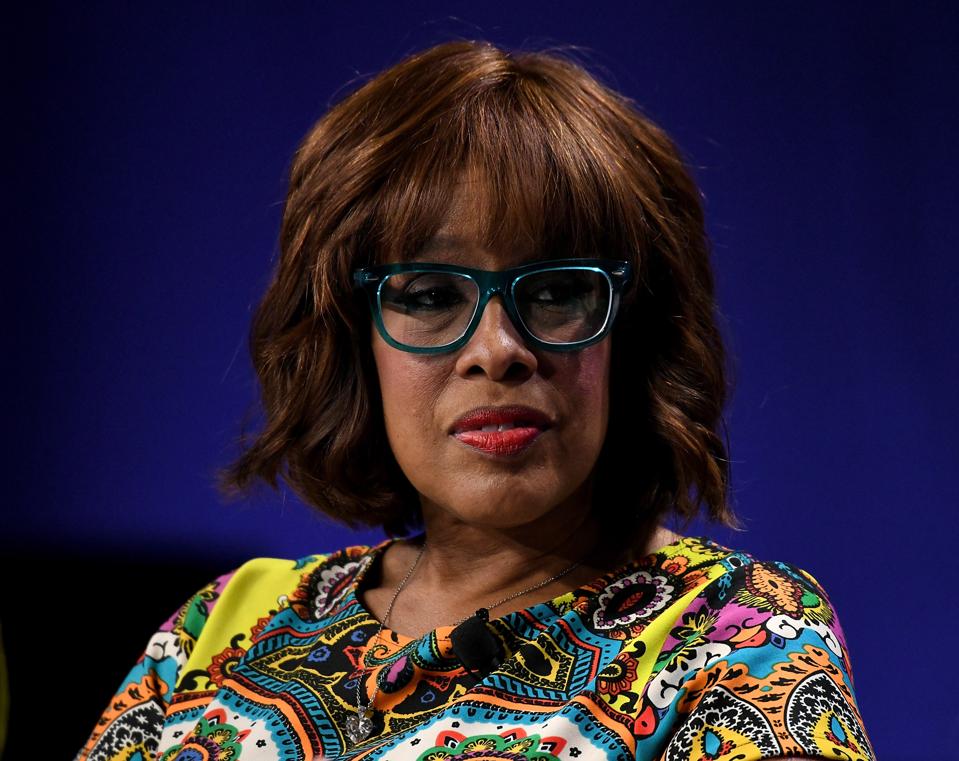 Gayle King, Co-Host, CBS This Morning, participates in a panel discussion during the annual Milken … [+] Institute Global Conference at The Beverly Hilton Hotel on April 29, 2019 in Beverly Hills, California.

Thursday morning Gayle King responded to the backlash she’s received following a clip of her interview with WNBA star Lisa Leslie asking about Kobe Bryant’s 2003 sexual assault charge. In the response, King blamed CBS for its edited clip of the conversation saying she would be angry, too, if that was the only portion of the interview she saw.

The CBS clip, which was shared on Tuesday, is below.

Bryant, who was killed in a helicopter crash at the age of 41 with his daughter Gianna and seven other passengers on Jan. 26, was accused in 2003 of sexually assaulting a 19-year-old hotel employee in Colorado and was charged with rape, but the case was dropped after the accuser refused to testify. A civil suit was later settled.

The clip sparked outrage in the public, but several celebrities, including rappers Snoop Dogg, 50 Cent, and Boosie Badazz, also shared their anger with the way King handled asking about Bryant’s history. Snoop Dogg said King’s questions were “out of pocket” and accused her of trying to tarnish Bryant’s reputation.

Thursday morning, before going into work, King addressed the outcry saying in part, “I know that if I had only seen the clip that you saw, I would be extremely angry with me too. I am mortified. I’m embarrassed and I am very angry.”

“Unbeknownst to me my network put up a clip from a very wide-ranging interview, totally taken out of context and when you see it that way it’s very jarring,” she said.

She continued in her response saying the entire interview covered various topics, including Bryant’s career, his sense of humor, how he was a mentor to many people and how he was looking forward to the next chapter in his life, adding she felt “really good about the interview.”

Following King’s response, there were mixed reports with some saying they respect her for speaking her truth and #imwithgayle, while others were calling for her cancellation and disappointment in her actions.

Do You Have What It Takes To Make The Entrepreneurial Leap?

Artificial Humans, Flying Ubers And The Home Of...