Breaking
Employers: Eight Red Flags You May Not Notice...
Ted Lasso, Other Apple TV+ Shows Arriving Soon...
What Are Working Capital Loans and When Should...
The 10 Biggest Trends in Entrepreneurship to Look...
Clubhouse Has Grown 10X In Two Months. Here’s...
Here’s Why Tyson Foods Stock Looks Undervalued At...
How To Maintain Client Relationships During Long Projects
WhatsApp Is Pushing Ahead With Its Controversial Privacy...
Australia In Talks With Facebook’s Zuckerberg Over ‘Outrageous’...
What To Expect From Deere Stock In Q1?
GME Saga Dissected In The House Committee On...
What’s Next After Mars? The 8 Spectacular Space...
Integrating Life Insurance With Lifetime Income – Part...
How To Invest Your Time Wisely In The...
Spring Forward With These Smart Home Gift Ideas
Hybrid Electric Aviation Pioneer Ampaire To Be Acquired...
Home Business Georgetown Is Down To Nine Scholarship Players After Two More Announce Transfer Plans
Business 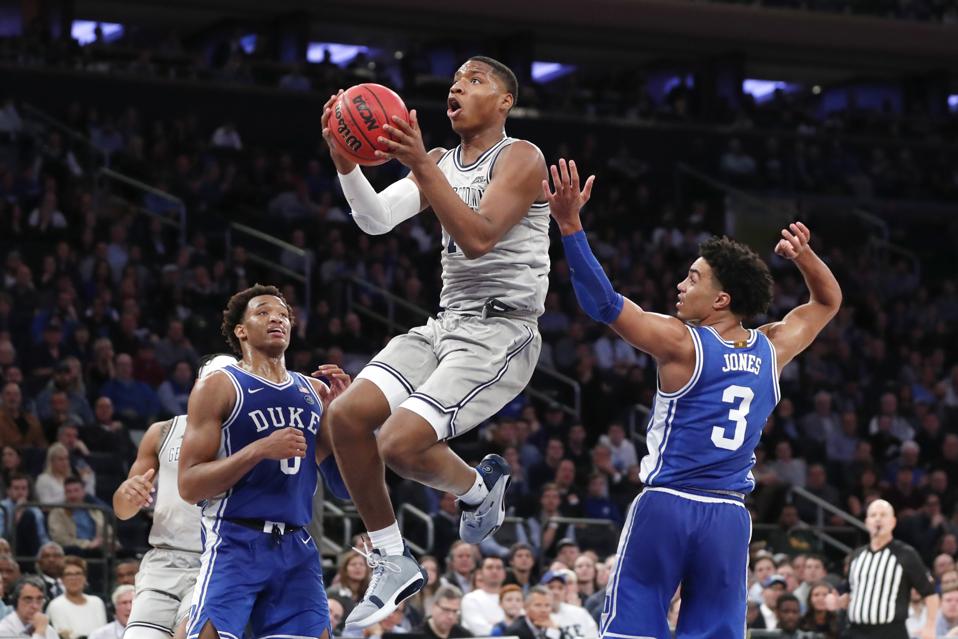 On the eve of the big Syracuse-Georgetown game on Saturday, the defections from the Georgetown basketball program continued Friday with two more players announcing their plans to transfer from Patrick Ewing’s program.

Four players have now elected to transfer in the last two weeks, and six total have left during Ewing’s three-year tenure as coach of his alma mater.

LeBlanc, Gardner and Alexander have been engulfed in on-campus allegations of assault, burglary and harassment, while Akinjo has not been linked to the charges.

Akinjo, the Big East Freshman of the Year a year ago, averaged 13.4 points, 5.1 assists, and 1.3 steals per game in 40 career games at Georgetown. A West Coast native, he is expected to transfer back there, with Gonzaga, Saint Mary’s and Oregon also linked to the point guard. Oregon has no scholarships available at mid-year when Akinjo appears to be looking to transfer, a source said.

The Washington Post reported that Gardner, Alexander and LeBlanc agreed Monday to stay at least 50 feet from one of two women who filed complaints of sexual harassment and assault under a civil protection order. “There is no admission or finding of guilt under the order, which is effective for a year,” the Post wrote.

The 6-foot-6 Gardner notified The Post of his transfer, while the 6-6 Alexander announced his transfer plans on Twitter. As of Friday evening, both were still listed on Georgetown’s official roster, while Akinjo and LeBlanc had previously been removed.

“After consultation with my family I have decided that it is in my best interest to enter into the transfer portal,” Gardner said in a statement to The Post. “I want to thank Coach Patrick Ewing, Coach Louis Orr, the staff and the entire Georgetown University community for their support of my success.”

Georgetown has yet to issue a statement on the latest transfers, and several emails to a team spokesman Friday evening were not immediately answered. Dawn Gardner, Myron’s mother, did not immediately respond to a text. And Alexander did not respond to a request for comment.

The Hoyas are 2-0 with wins at Oklahoma State and SMU since the scandal first broke Dec. 2. 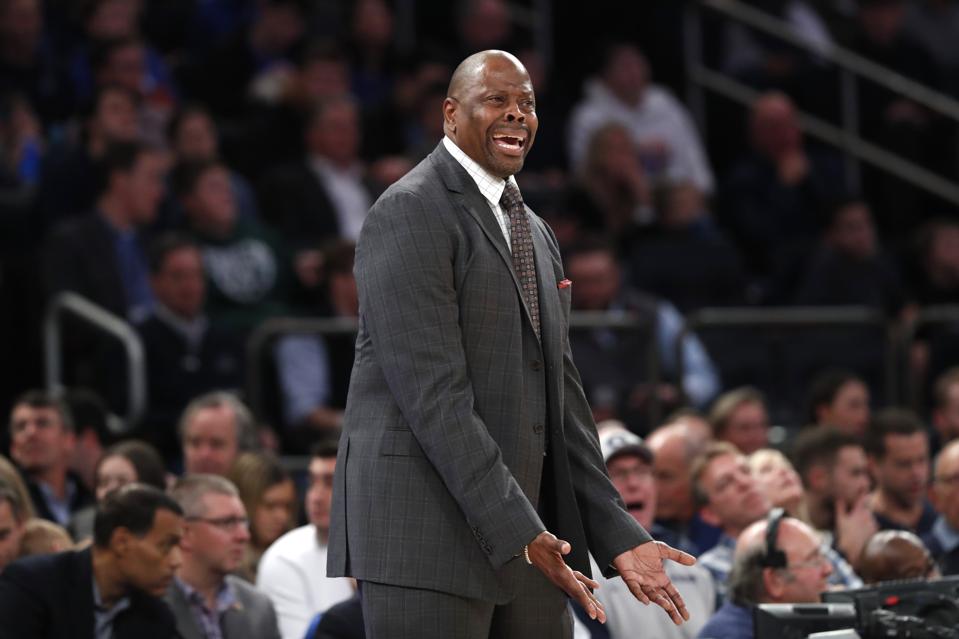 Georgetown head coach Patrick Ewing objects to a call during the first half of an NCAA college … [+] basketball game against the Duke in the 2K Empire Classic, Friday, Nov. 22, 2019 in New York. (AP Photo/Kathy Willens)

“My character has been defamed and that needs to be cleared up more than anything else. Very soon it will come to light that I am innocent and had nothing to do with the false allegations,” Alexander wrote on Twitter. ” … In light of the situation, the University has allowed me to become a target and subjected to unfair treatment, with little or no support.

“With that being said, my family and I have decided that Georgetown is not the environment for me to successfully grow as both an individual and as a basketball player. With a heavy heart, I would like to announce that I am transferring from Georgetown University in hopes of finding a program that will help foster my success and allow my true potential as the person and player that I can become.”

On Dec. 5, Terrance Williams, a 6-6 power forward from Gonzaga College High School, decommitted from Georgetown in the wake of the scandal. He has been linked to Michigan, among other schools. Georgetown still has two commits in point guard Dante Harris and small forward Jamari Sibley.

One source close to the program said Ewing was doing things the right away and wasn’t putting up with any nonsense.

“Accountability and discipline are tough in this era,” the source said. “Pat is a no-nonsense type of guy and his integrity and the legacy of Georgetown are paramount to him. It would be foolish to think this is anything other than a bump in the road. He isn’t a cheater and does things the way they should be done.”

Ewing figures to face more questions after the Syracuse game. On Dec. 4 he issued a statement after the Akinjo and LeBlanc transfers came to light.

“While I can’t comment on individual students, please know that we take conduct issues very seriously and that our players are subject to the same disciplinary policies and procedures contained in the Code of Conduct that apply to any undergraduate or graduate student,” he said. “I expect the highest standard of conduct of my players and they are given no special treatment when it comes to their behavior and discipline. This is a fair and equitable process for all students.

“We are deeply committed to the integrity of our athletics program and take student conduct issues very seriously. We are also committed to members of our community who come forward to report misconduct and it’s important we support them.”