On Friday, U.S. Senator Kelly Loeffler (R-GA) aggressively promoted an otherwise typical media interview she had with a conservative media outlet. The problem is that her interviewer, Jack Posobiec, is someone who has been accused of promoting white supremacy and neo-Nazi conspiracies. So why was the Georgia senator defending her interviewer on Saturday?

The senator’s interview, which aired One America News Network on Thursday, was the subject of a string of promotional social media posts by the senator on Friday on Facebook and Twitter. The Tweets, which included links to clips of the interview, referred to various positions the senator has taken against “cancel culture,” as well as her defense of President Trump’s policies. In one such posting on Friday, Loeffler tweeted:  “ICYMI — watch my conversation with @JackPosobiec & @OANN …. I’m continuing to speak out against cancel culture and taking action to restore law and order in our cities.” 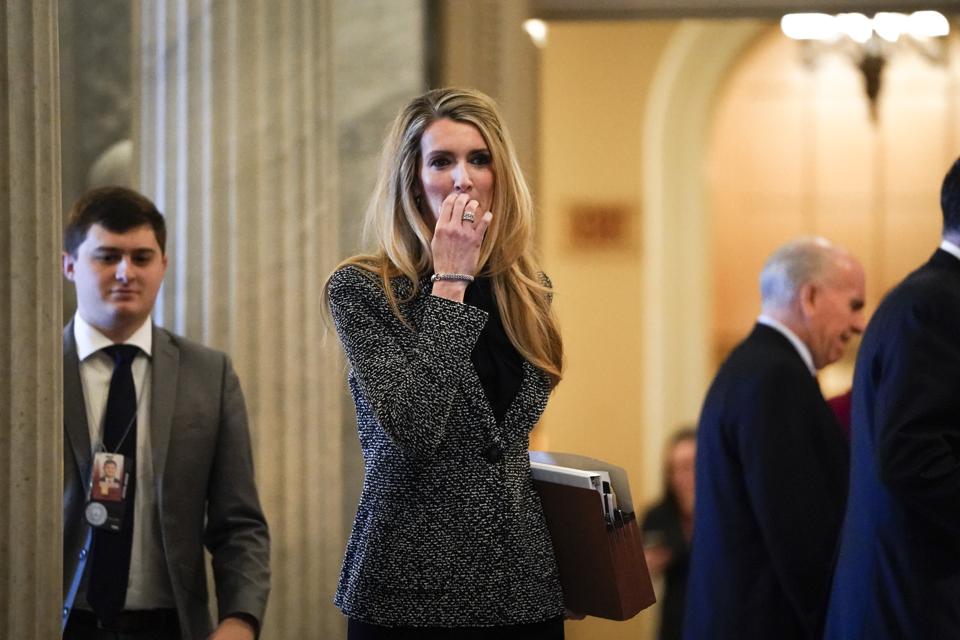 On Saturday, reporting by Tia Mitchell and Chris Joyner of the Atlanta-Journal Constitution called attention to the OANN interview and the tweets by the U.S. senator, as well as the troubling background of her interviewer, Jack Posobiec. The AJC article notes that Posobiec has been monitored by the Southern Poverty Law Center and the Anti-Defamation League for past comments that have been deemed as hateful and racist by the two organizations. Despite these characterizations, Posobiec has been retweeted by President Trump and his supporters on numerous occasions, and had even been granted a White House press credential while holding a past reporting role for a conservative Canadian media outlet.

The AJC reported clearly touched a nerve with Loeffler, because on Saturday she unleashed a barrage of tweets attaching both the Atlanta newspaper, as well as the Southern Poverty Law Center, an organization that has long been credited for exposing white supremacist, neo-Nazi, and other hate groups. For example, Loeffler tweeted: “@splcenter is a group with no credibility that lashes out at conservatives, including @realDonaldTrump — and the @ajc has chosen to repeat their talking points.” Loeffler also cited a purported Jewish community leader who came to the defense of Posobiec in the past, as well as the Claremont Institute, publisher of the conservative-leaning Claremont Review of Books, that also defended Posobiec.

The tweets by the incumbent U.S. senator, who is in a fierce reelection battle against conservative firebrand, and fellow Trump supporter, Rep. Doug Collins (R-GA), raises the troubling question – what, and who, is Loeffler fighting for as she defends Posobiec?

Loeffler, who is a part owner of the WNBA team the Atlanta Dream, made waves last month when criticizing the women’s pro basketball league for their embrace of the Black Lives Matter movement. The league, which decided to allow players to wear messages supporting the movement on their jerseys, was blasted by the U.S, senator for caving into progressive political interests and anti-police rhetoric. Loeffler’s comments sparked outage by WNBA players and fellow owners, with many calling for her to be compelled to sell her stake in the team.

In Loeffler’s letter’ to WNBA Commisionor Cathy Engelbert, the Georgia senator was explicit in her rejection of the Black Lives Matter movement as well as other issues that are at the forefront of American political debate.

“I adamantly oppose the Black Lives Matter political movement, which has advocated for the defunding of police, called for the removal of Jesus from churches and the disruption of the nuclear family structure, harbored anti-Semitic views, and promoted violence and destruction across the country,” Loeffler wrote. “I believe it is totally misaligned with the values and goals of the WNBA and the Atlanta Dream, where we support tolerance and inclusion.”

But by being interviewed by Posobiec, who in the past has been accused of using his platforms to promote racist ideology, Loeffler has stepped into a new round of controversy on the issue of race, raising questions of what kind of messaging she is signaling to her followers. Additionally, by attacking organizations that endeavor to expose hate, such as the SPLC, while defending individuals accused of having white supremacist ties such as Posobiec, Loeffler is also causing some to wonder if her no-holds-barred reelection battle may have few limits to where she may seek support.

In the race to determine one of Georgia’s top elected positions, it appears the current Georgia senator has no qualms speaking to right-wing audiences about her candidacy, even if that signals it might be a race to the bottom. But regardless of who she speaks with, and who she defends, it is the troubling questions about who’s support she is seeking that merit more concern, and perhaps even a follow-up interview…

With someone she doesn’t need to defend.

MLOps: What You Need To Know

What It Really Takes To Create A Great...

More Coronavirus Relief Could Be On The Way...

How To Enhance Your Business’s User Experience: Eight...