Germany Bans Facebook From Super Profiling. Here’s What That Means For The U.S. 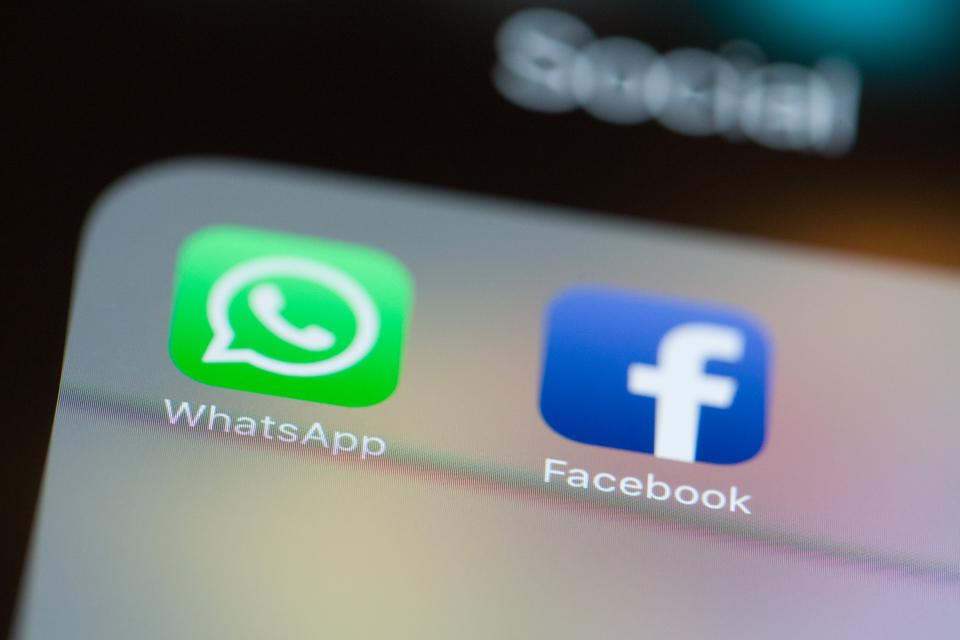 The European Commission is investigating potentially false claims that Facebook cannot merge user … [+] information from the messaging network WhatsApp which it acquired in 2014. Warsaw, Poland, on December 21, 2016. (Photo by Jaap Arriens/NurPhoto via Getty Images)

Germany’s top court ruled on Tuesday that Facebook abused its dominance in social media to illegally harvest data about its users. As major tech companies, including Facebook, face antitrust investigations in Washington D.C., Germany’s creative interpretation of its competition and consumer protection laws could have ripple effects for Facebook in the United States, and may inspire bold actions against the tech giant.

As a dominant platform in the social media market, Facebook is sitting on a treasure trove of data. It has collected and combined user information across its different platforms, including WhatsApp and Instagram, and from outside platforms via its various tracking pixels and social plug-ins, in order to create ‘super profiles.’ The German authorities are calling this practice an “exploitative abuse” that breaks competition laws.

The order traces back to 2016 when Germany’s Federal Cartel Office, the Bundeskartellamt, launched an investigation into Facebook’s data-gathering practices. Last year, the FCO banned Facebook from combining data on users without first obtaining their consent. Facebook appealed the decision and was granted a suspension by the Higher Regional Court in Dusseldorf, delaying enforcement. The FCO then appealed the suspension, and now we’re back on the track to enforcement of the ban.

Facebook is an American company, so all eyes are on the United States to see if policymakers decide to take bold action against big tech in the future, or decide to play it safe and be a spectator as powerful jurisdictions outside the country set global standards. At a time when U.S. leadership and credibility, both at home and internationally, is at an all time low, what the Federal Trade Commission decides to do moving forward really matters. The FTC’s track record, specifically the way it handed Google a victory in 2013 by coming out from a two year investigation with no findings of antitrust or anti-competition violations, angered critics who don’t think the agency is doing enough to fight big tech.

To make sense of Germany’s decision and the potential implications for the US, I spoke to William Kovacic, a professor of global competition law and policy at George Washington University and former FTC chairman. The interview has been edited for brevity and clarity.

Question: How does Germany’s high court decision differ from the way the U.S. is approaching Facebook and antitrust?

William Kovacic: The German framework for intervention is broader and more flexible in a sense than the U.S. framework is. The German decision relied on a broad notion in European antitrust law of an abuse of dominance, which imposes greater obligations on dominant enterprises than it does on similar firms in the U.S. So their basic antitrust law gives them greater scope to intervene.

There’s also a separate provision in German law that says if you have a relatively superior position in the market, there are limits to how far you can go in exploiting that in dealing with less powerful enterprises or consumers.

Q: What can the FTC learn from the FCO?

WK: The German authority was more inventive and creative than the U.S. authorities have been.

There are times when an agency has to decide whether to stretch, to take a grant of authority and apply it in an ambitious, creative and elastic way. The German authority did decide to stretch, and that reflected a different approach to doing the job, and my guess is this will highlight, to the many observers in the U.S. and globally, a basic difference in philosophy. And it will raise a question about whether U.S. authorities, when they look at the tools they have, are taking too restrictive a view of what those tools can do.

Q: So do you think that the U.S. has the power to be as creative as Germany with the laws that we have in place now, and that it’s a mindset that holds us back?

WK: Yes, but I will say that that moves the agency into a zone of endeavor that poses greater risks and would expose you to a greater likelihood of defeat in the courts.

But you can look at those risks in a number of ways. You can say, this is a matter of sufficient urgency that I will take a calculated risk in anticipation of a significant gain if we prevail. If we fail, maybe we go back to the legislature and say we need better tools. As someone who used to be in the position of making these kinds of decisions, I realize that you don’t casually decide to make a big stretch, that you are aware of litigation risks, but there’s a difference between gambling and a calculated risk. The law does not move forward if you always adopt a cautious view of your authority. And the German authority decided to be more ambitious here.

Q: Germany’s decision stipulates that Facebook can’t use its dominant position to ‘super profile.’ As I understand it, the way that Washington is coming for Facebook is to focus on anticompetitive acquisitions and market dominance. Is there any overlap between the two approaches?

WK: To get to the place at which the Germans arrived, an agency like the FTC might have to rely on not just its competition mandate but also its consumer protection mandate, which focuses on unfair behavior as well as unfair methods of competition. And the unfairness would take the form of conduct that harms consumers, conduct that consumers could not resist or overcome, and conduct that is not redeemed by good business reasons.

In the U.S. context, the nonconsensual use of information or a unilateral change in contract terms and policies, is something that harms consumers. If Facebook is indeed a dominant social platform, in that there are no alternatives, then that puts the spotlight on justifications.

Q: On the world stage, how important is it that the U.S. take bold action in our investigations at home?

WK: I think the U.S. does not have credibility in the international debate if it is not carrying out its own cases and otherwise making adjustments of its regulatory framework to address new phenomena. Earlier in the previous decade we watched for example how the FTC walked away from Google. So are you telling us that the right approach, in the face of all that’s taken place, is inactivity? Or are you really arguing that there is no competitive problem, no consumer protection problem, no data protection problem to be addressed here? Because if that’s your message we just don’t believe you. And to the extent that we in this international community think that your message is the right intervention is no intervention, we are operating from completely different assumptions about the way the world works.

Q: How much of the American mindset rooted in laissez faire capitalism has an effect on the way the FTC approaches antitrust investigations into big tech?

WK: I do not think we’d be having these impending investigations if that state of mind were not changing. And I think it is inevitable that the pending round of investigations will generate two or more cases.

WK: Yes, there is, and I cannot give you a rigorous proof of this, but there is a great deal of ferment in this field now. I would predict that the result in Germany, and perhaps coming results in other tech cases in Europe, will do one of two things. It’s either going to inspire public prosecutors to take more calculated risks at the boundaries of their authority, or it’s going to motivate legislators to augment the existing portfolio of powers.

What the states and the Department of Justice and the FTC have done is to create expectations for action, expectations that they disappoint at their own peril, especially the federal agencies. The federal agencies and the states, with a great deal of fanfare, have said, ‘We’re running investigations, we are gathering information, we’re looking at theories of harm.’ And these investigations aren’t taking place quietly.

I don’t think there is a retreat from this. If you were guiding any of these three efforts, can you imagine standing in front of a press conference at some point in the future and saying, ‘Never mind. Y’all go home.’ After what they did in 2013 with Google, the drubbing that took place seven years ago will be a pale replica of what is dished out in this environment today if they do nothing.

The Small Canadian Province That Could Lead The Future Of Energy

Paris Diary: No, Romantic Paris Is Not The...