Breaking
Google Meet’s Unlimited Calling Will Continue To Be...
The Need For Speed-Is Quantum Computing A Good...
Stock Market Crash: The End Game Approaches
Best Video Conferencing Software
For These Indigenous Artists “Land Back” Is Both...
The Current Tech Stock “Bubble” Reflects Pessimism, Not...
A Look At What’s Inside House Democrats’ New...
Page Authority 2.0: An Update on Testing and...
How Public Health Experts Are Harnessing The Power...
This Husband And Wife Built A Luxury Brand,...
This Husband & Wife Built A Luxury Brand,...
Luxury Footwear Brand Chelsea Paris Re-Launches And Stays...
The 30 Upgrade Module ‘Avengers’ Farm Trick You...
50 Years After Milton Friedman, Where Does Capitalism...
House Prices To Rise Through The Recession As...
Is An Internet Service Provider Revolution On The...
Home Finance Getting Beyond Average And Middle To Find A Better Way To Describe The Economy
Finance 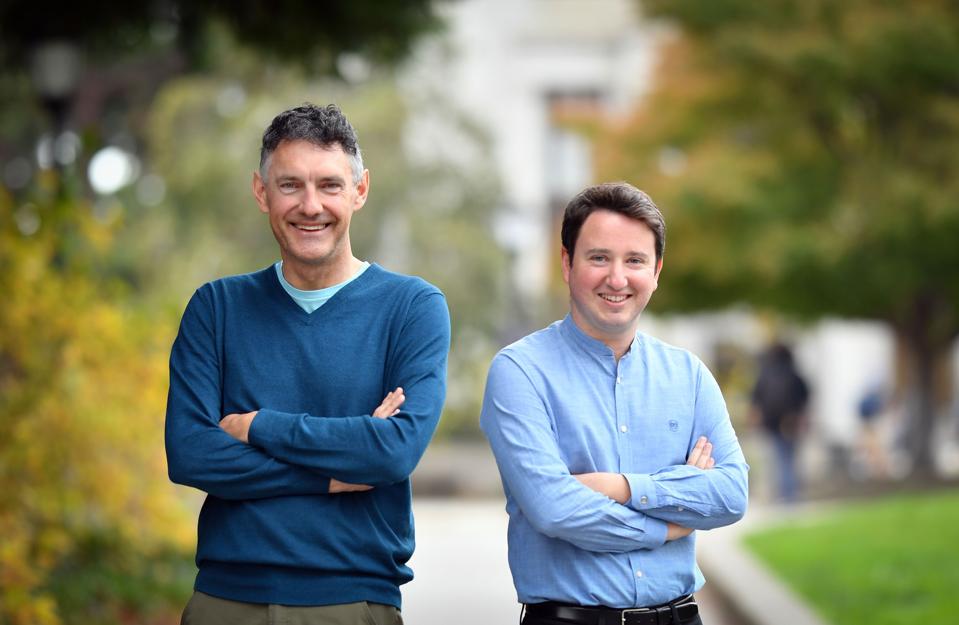 Professors of Economics Emmanuel Saez (L) and Gabriel Zucman (R) stand for a photo on the University … [+] of California Berkeley campus in Berkeley, California on November 14, 2019. Saez and Zucman advise presidential candidates Bernie Sanders and Elizabeth Warren on their tax plans. (Photo by JOSH EDELSON / AFP) (Photo by JOSH EDELSON/AFP via Getty Images)

Economist Gabriel Zucman had an interesting thread on Twitter a week ago about how to measure the economy.

Or, as he put it, ” If Jess Bezos walks into a bar, the average income of the patrons shoots up, but people’s growth is 0.” Bezos tips the statistical scales but doesn’t change the economic state of everyone else. (Even if someone buys into the discredited-by-historical-evidence trickle-down theory.)

By “people’s growth,” Zucman, co-author with Emmanuel Saez of The Triumph of Injustice, means a better way to measure how the economy changes for everyone rather than as an undistinguished mass.

Economist and White House official of decades past Bruce Bartlett, said, “Can’t we just use the median rather than the mean? Why make things complicated?”

A question that an economist, or someone else who works with statistics of economic and social conditions, might ask. But, mathematically, the median can still be far off, particularly for the bulk of us trying to understand how various people do under the economy.

Those trained in various degrees of mathematical analysis often want to look at the average and the median because, together, they can say a lot about a distribution: a normal distribution like the typical bell curve. 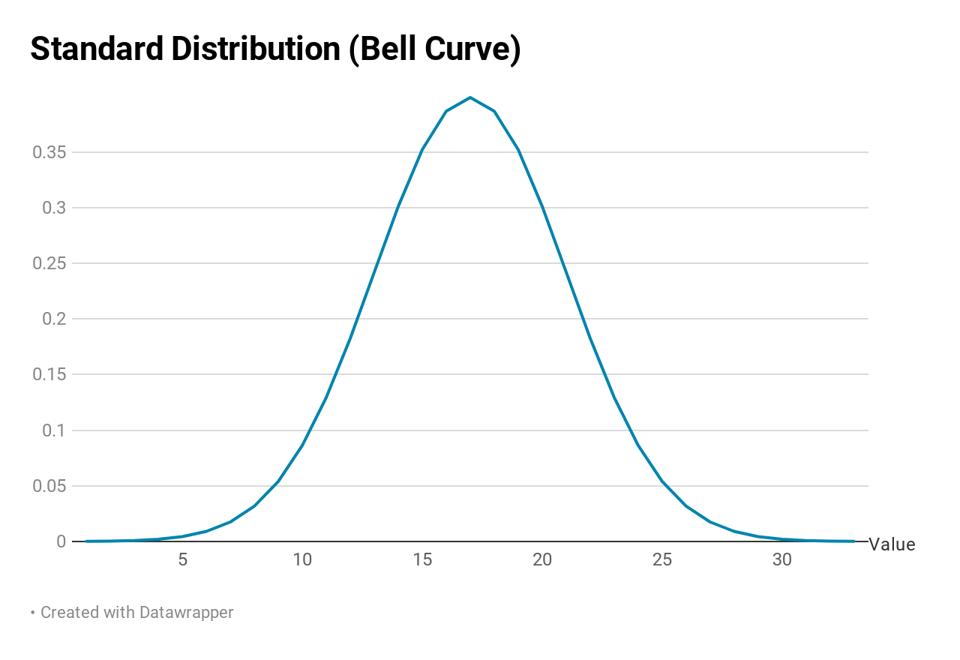 Example of a standard distribution

The median (value of the middle point) and mean (average across all the entries) are equal in a normal distribution. They also both equal the mode—the most commonly appearing value.

There is a fundamental hurdle to using this information: In life, at least when it comes to people and economics, next to nothing is a normal distribution. Look at the next graph, which I have nicknamed the hell curve. 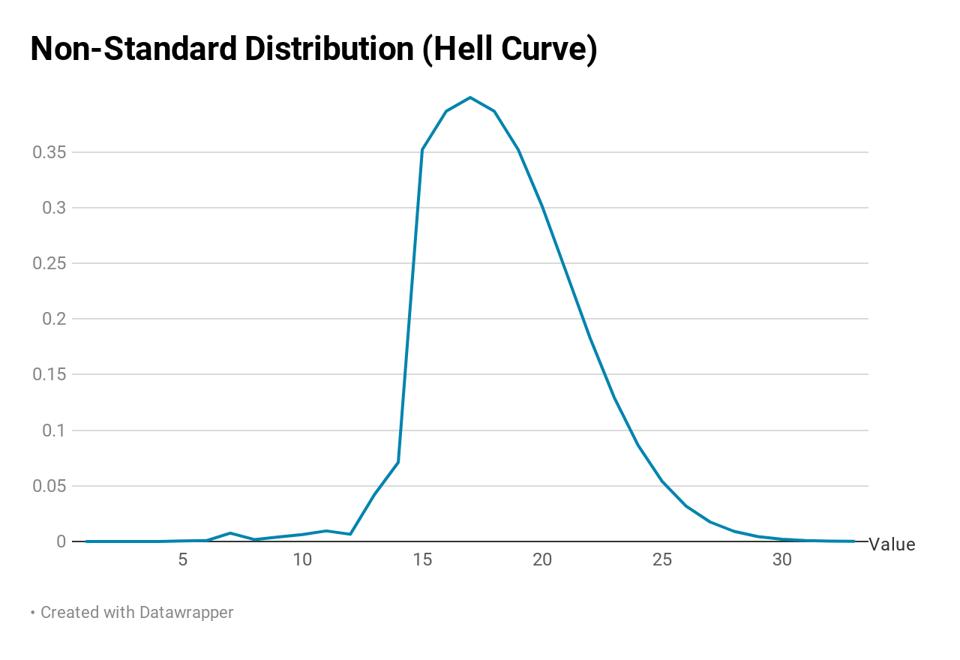 The median is the same as before, but the average is weighted far more toward the bottom. Similarly, a different distribution could move values up at the top end, making for a larger average. In fact, a steep straight line starting at 0 at the left and driving upward on the right could have the same median value.

There is no one measurement that does the trick when discussing the state of things. Over-simplification becomes a barrier to dealing with income inequality in our society. If you restrict your interest to averages, like wages, then you might think more people are doing better when pay on the top end grows so much larger than the bottom that it drags the average up. Similarly, look at a median value. It still has some benefit, as does looking at the average. But now you’ve fixed your gaze on the middle when those below are doing far worse and the people at the top enjoy much better conditions.

Zucman gives real examples of the implications in another thread. Here are some of the numbers he offers that I’ve placed in a tabular form: 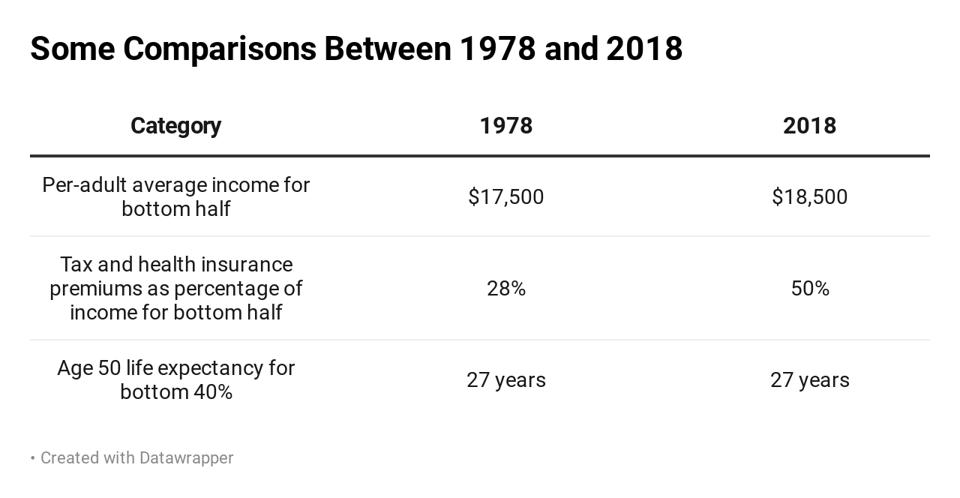 If the same were true of people at the top end of the economic ladder, you’d see politicians racing to fix the situation.

Or take examples I’ve written about, where wage growth is nothing close to equal across all classes when presented as percentages and not absolute numbers. Here’s one example of how part-time works have been left behind. 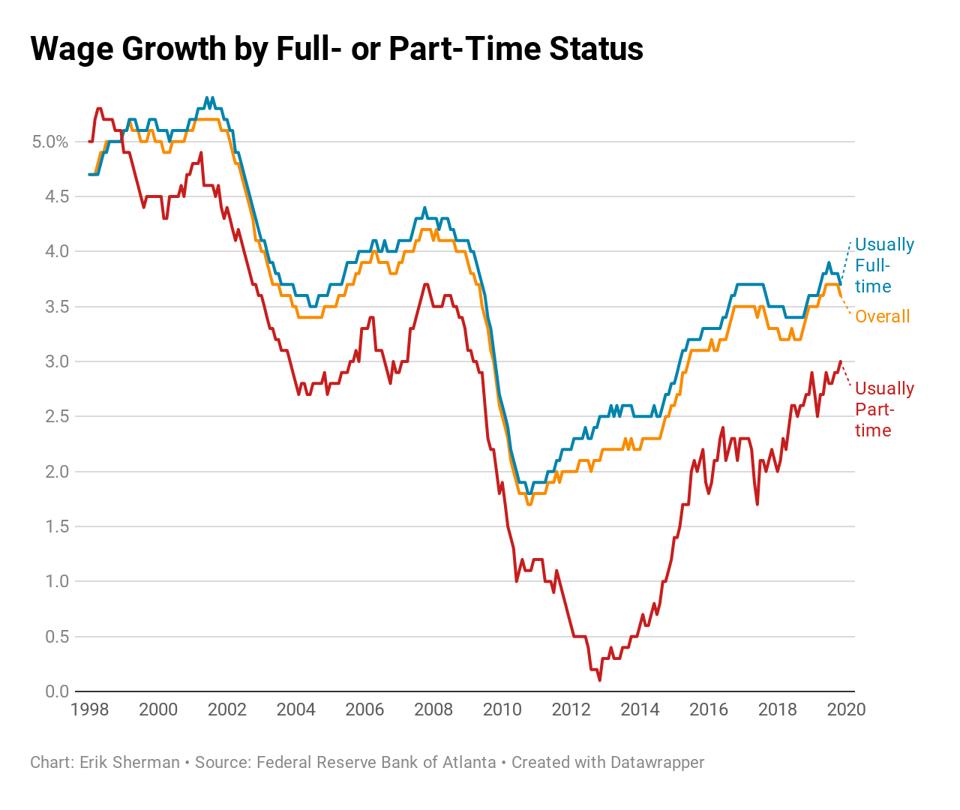 When it comes to real people in a real world, looking at single numbers isn’t descriptive of how different groups experience life.

Zucman and Saez argue for population-weighted analysis of economic considerations like growth to get a different view of what the economy is doing. Even that is only another way to look at things. What we need are multiple views to give a better description of reality. Somehow, the distribution of conditions must become part of the discussions of what is happening in this country and world.

Single-figure descriptors like a median or mean are easier to calculate and compare. You can take them over time, place on a single graph, and tell yourself that progress is robust. But, generally there need to be multiple lines—multiple considerations—to grasp how everyone is doing if you want humane policies that attempt to be even-handed.

Although in a world where so many who influence policy profit from the uneven results, the fuller picture is an indictment that shouldn’t sit well with those who still possess a conscience. Perhaps that’s why we keep hearing about single measures.