Breaking
ESBC Major Updates: Tons Of Heavyweight Greats Added...
5 On-Demand Courses To Help Develop Your Leadership...
How to Run Nonprofit Marketing Ads
Entrepreneurs Are Bringing Transparency To Home Buying And...
Best Incentive To Get Vaccinated: Money, Messaging, Or...
Page Level Query Analysis at Scale with Google...
How A CIO Can Align IT With Business...
Blogger of the Month: Jo, Girl Eats World
6 Things Women In Business Know That Men...
How to Use First-Party Data for Ad Personalization
Pressing Reset—Putting A Fallen Unicorn Back On Its...
How We Went Viral: Promoting Content with Influencers,...
Blame Olympic Record Price Tag For Return To...
Apple iOS 14.5 Release: Should You Upgrade?
How to Come up with Podcast Topics and...
Why Gaming Gear Company Razer Launched A $50...
Home Business ‘Ghostbusters: Afterlife’ Trailer Shows That Sony Learned The Right Lessons From ‘Jumanji’
Business 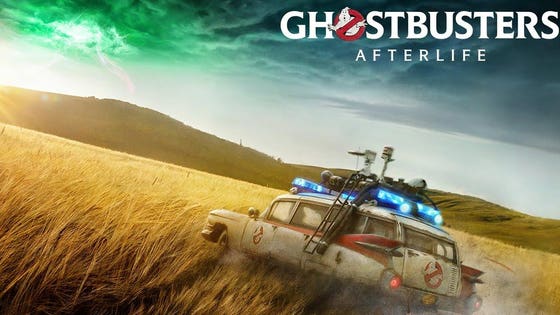 And the trailer hits keep on coming. Thanks to essentially three very big releases from three big studios, Sony’s Jumanji: Welcome to the Jungle, Disney’s Star Wars: The Rise of Skywalker and Universal’s Cats, we’re getting lots and lots of big trailers for the various big 2020 releases. We got Wonder Woman 1984 yesterday, Free Guy on Saturday and the likes of Black Widow and No Time to Die last week. Today it’s Sony’s Ghostbusters: Afterlife. The teaser, and it really is an announcement teaser, for Jason Reitman’s sequel to Ghostbusters and Ghostbusters II, is exactly what it needs to be. It’s a cryptic, mysterious tease that showcases the specific pleasures of the movie being promoted rather than focusing on brand interest and/or nostalgia.

Do I need to see a new Ghostbusters movie? Not in the least, especially so soon Ghostbusters: Answer the Call became a focal point for the next wave of Gamergate-ish madness simply because it starred four actresses in the title roles with only Chris Hemsworth as the airhead secretary. The film was merely okay, the extended cut is actually a lot better, and it earned a solid $126 million domestic (the biggest-grossing comedy of the year) only to be mostly ignored overseas (and rejected, somewhat unexpectedly, in China) to the tune of $103 million. A $229 million gross for a sci-fi comedy isn’t too bad, except (like Blade Runner 2049) it cost so much ($144 million) that it had to be a global blockbuster to break even.

However, this teaser does three specific things. First, its focus on a young boy (Finn Wolfhard) and a young girl (Mckenna Grace) in a somber and reflective story set way outside the big cities offers proof that the project won’t be a kind of “This Ghostbusters is for dudes!” rebuttal to the 2016 remake. Second, it does offer just enough specific references to Ghostbusters to get fans excited about another movie set within this specific sandbox. Third, with no explicit appearances from the likes of Bill Murray, Dan Aykroyd or the like, this supernatural coming-of-age flick is selling itself as something new and viable even for moviegoers who don’t care about Ghostbusters. By slowing revealing the IP, Afterlife makes its case as a movie unto itself first.

Will it work? I have to presume that this movie cost closer to Jumanji: Welcome to the Jungle ($90 million) than Ghostbusters: Answer the Call ($144 million), although it’s even possible that the farmhouse-set flick was budgeted closer to Charlie’s Angels ($48 million) or Inferno ($60 million). The film looks, on paper, closer to Welcome to the Jungle (something entirely new with a kid-friendly cast and a known IP) than Charlie’s Angels or Men in Black International (the same thing all over again, but with a less buzzy cast). As a Ghostbusters agnostic, I’ll happily see a kid-friendly supernatural thriller penned by Gil Kenan (Monster House) and directed by Reitman (Young Adult, Tully, Juno). But is Ghostbusters another “We already said no thank you” franchise revamp?

I’m sure we’ll get another trailer which will offer more concrete bits of Ghostbusters lore, including returning cast members. I’m curious whether Aykroyd or Murray will play the “Han Solo in The Force Awakens” role this time, as that template (which didn’t work for Terminator: Dark Fate) is the driving force for this legacy sequel. The trailer pitches itself as a Ghostbusters movie and just a decent-looking flick for those who like Stranger Things, Goosebumps, Scary Stories to Tell in the Dark and The House with a Clock in its Walls. Ghostbusters: Afterlife, starring Carrie Coon, Paul Rudd, Finn Wolfhard, Mckenna Grace and (in some capacity) Bill Murray, Dan Aykroyd Annie Potts, Sigourney Weaver and Ernie Hudson, opens July 10, 2020. As always, we’ll see.

Why The Indians Should Trade Francisco Lindor At The Winter Meetings