Breaking
Florida Supreme Court Tells The American Bar Association...
How to Write Perfect Paid Social Media Marketing...
How To Boost Productivity In Your Small IT...
How Restaurants Can Design a More Sustainable Food...
Expenses That Small Business Owners Need to Be...
How You Can Make Saying Goodbye To The...
Biden To Meet Royal Family At Cornwall’s Eden...
It’s Going To Be Emotional — Going International...
Peer Mentoring For Students: STEM & Buds
7 PR Trends in 2021: The Story So...
Google Plans Radical New Google Pixel Smartphone Upgrade
Where Did COVID Come From?
Ride To Growth With A Business Vehicle
C3.ai’s Tom Siebel: How To Scale AI
Moz Acquired by iContact Marketing Corp
10 Examples of Brands Using TikTok Stitch and...
Home Business Giants Continue To Push The Progress Narrative Despite Evidence To The Contrary
Business 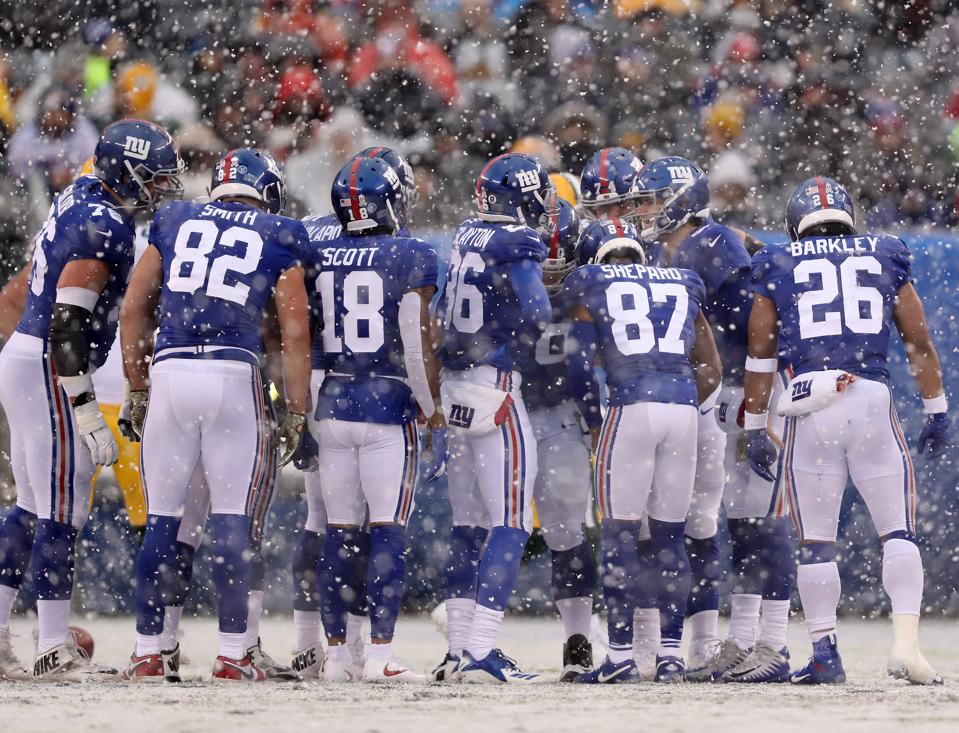 EAST RUTHERFORD, NEW JERSEY – DECEMBER 01: Daniel Jones #8 of the New York Giants talks in the … [+] huddle in the first quarter against the Green Bay Packers at MetLife Stadium on December 01, 2019 in East Rutherford, New Jersey. (Photo by Elsa/Getty Images)

If nothing else, Giants head coach Pat Shurmur is consistently stubborn.

How else can one explain his insistence that the Giants are making progress despite being stuck in an eight-game losing streak part of a 2-10 record, a record in which seven of the team’s ten losses they’ve failed to score 20 points?

Or perhaps Shurmur merely is hoping that the more he says aloud that the team is progressing behind the scenes that it will come true?

Either way, every time the coach opens his mouth to make a case for getting a third season, he only ends up inserting his foot deeper inside.

This time it was the Green Bay Packers finishing off a Giants team that week after week after week makes the same mistakes that end up sabotaging their chances of a victory.

This week there were the three interceptions thrown by Daniel Jones hat the Packers turned into 10 points.

There was also the big-pass plays of 20+ yards—four of them to be exact with the longest, a 43-yard strike from Aaron Rodgers to Allen Lazard—allowed by a defensive secondary that after six weeks of OTAs, six weeks of summer training camp and preseason, and 13 weeks of the regular season are still having communication breakdowns.

But Shurmur and to a degree some of his players want us to believe there is progress being made. So the question was finally put forth to them by reporters whose confusion about what the Giants considers “progress” ranks right up there with determining what is considered pass interference.

“They fight, and they are resilient,” Shurmur said in response to the question where he’s seen the most progress.

“That game was in the balance. We had an opportunity within one score, and it got away from us. That’s where I see it. They fight, and some of these young players are very talented, and they are learning on the job here.”

Sorry, Pat, you’re going to have to do better than to serve up as progress something the players are supposed to be doing as part of the job.

So he reminded reporters of how the media is afforded roughly 20 minutes a day, three times a week to watch practices in which the media only gets to see, at the most, the warm-up period and some individual drills where everyone this time of year looks good.

“If you guys were able to stay the whole time, we practice like we are 10-2,” said running back Saquon Barkley.

“It’s our work ethic. If you were able to come in and watch us in the weight room and the attention to details in meetings, it’s all there.

“Obviously, I have the better point of view to able to see that and say that. It’s all there, but for some strange reason, it’s just not translating to the game right now.”

Again, work ethic doesn’t mean a blessed thing if there is no measurable improvement in both the mental aspect of the game, where mistakes keep coming in droves and the physical part, where guys are getting out-quicked, out-hustled and out-muscled every week.

Okay, so absent a valid answer as to what this mysterious “behind the scenes” improvement is, Shurmur tried to fall back on the youth movement as an excuse two days after saying that being a young team was simply a descriptive label.

“This is a historically young team that’s going out there and competing against some really good football teams,” he said.

“We’ve got to do what we have to do to win games, and I understand that. They also are developing. At some point, we’ll be good enough to win.

Even there he’s incorrect, as according to this study that appeared in the Philly Voice at the start of the season, the 2019 Giants are not “historically young”—far from it.

Unfortunately for the Giants, the only way this is going to get better—the only chance for this team to truly make progress is to make some significant changes, starting with the coaching staff that has not gotten the most out of the talent it has.

Until then, the best Shurmur can hope for is that if he repeats that the Giants are making progress enough times, maybe it will come true.