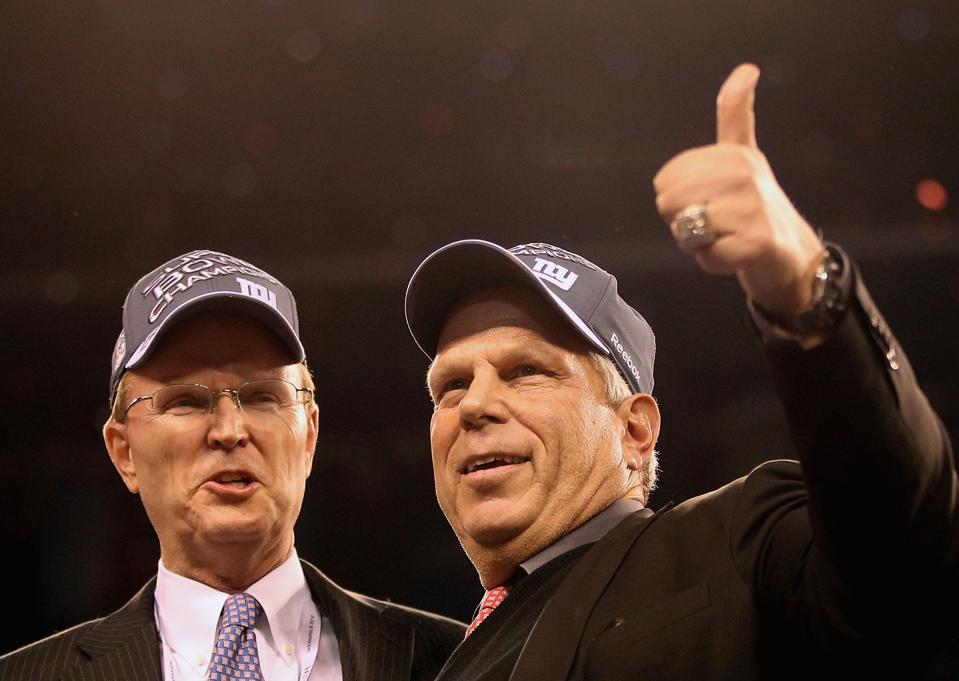 There will be no outside consultants this time aiding Giants team ownership in their quest to find the right head coach to steer the team out of its modern-day wilderness years in which they have only had one winning season (2016) since 2013.

But the Giants team brass—owners John Mara and Steve Tisch and general manager Dave Gettleman—who will be tasked with finding the person who can shape this relatively young team into a contender, have some clear ideas on what they’re looking for.

“Somebody who can come in and take control of this roster, help build a culture that is going to lead to winning. Somebody who is going to help us with our football re-organization during the process we’re undergoing right now. We’re looking for all those qualities from the next candidate.”

Tisch agreed, adding, “An ability to put together a great staff, and an ability to work with the players.”

The question though, is whether the Giants will have success landing a strong candidate, especially given their choice to retain general manager Dave Gettleman, who has had just as much of a hand in the mess the franchise.

There is also a matter of whether a new head coach with a promising future and innovative ideas for a staff and running the program might be willing to collaborate with Gettleman.

As the NFL has evolved, more and more head coaches have expressed a desire to have a more significant say in the talent with which they are given

“I’m always willing to look at whatever’s going to improve the team, and if I felt that there was somebody coming in here as a head coach who wanted a different role and he could convince Steve and me that that would make sense for our organization, we would certainly consider that,” he said.

But as far as removing Gettleman from his post, if an appealing head coaching candidate doesn’t think he can collaborate with Gettleman, that’s where the buck likely stops for the Giants ownership.

“If they do, they do,” he said when asked what happens if a coaching candidate has a problem working with Gettleman.

“We’re going to try to get the best candidates in here that we can, and we’re going to try to convince them why this is a good job opportunity for them. We’ve got a terrific young quarterback, we’ve got a young roster, we’re in the best cap space shape we’ve been in many years. There’s a lot to this organization that I think would attract a lot of different candidates.”

Here are some snapshots of those head coaching candidates the Giants are reportedly hoping to attract: 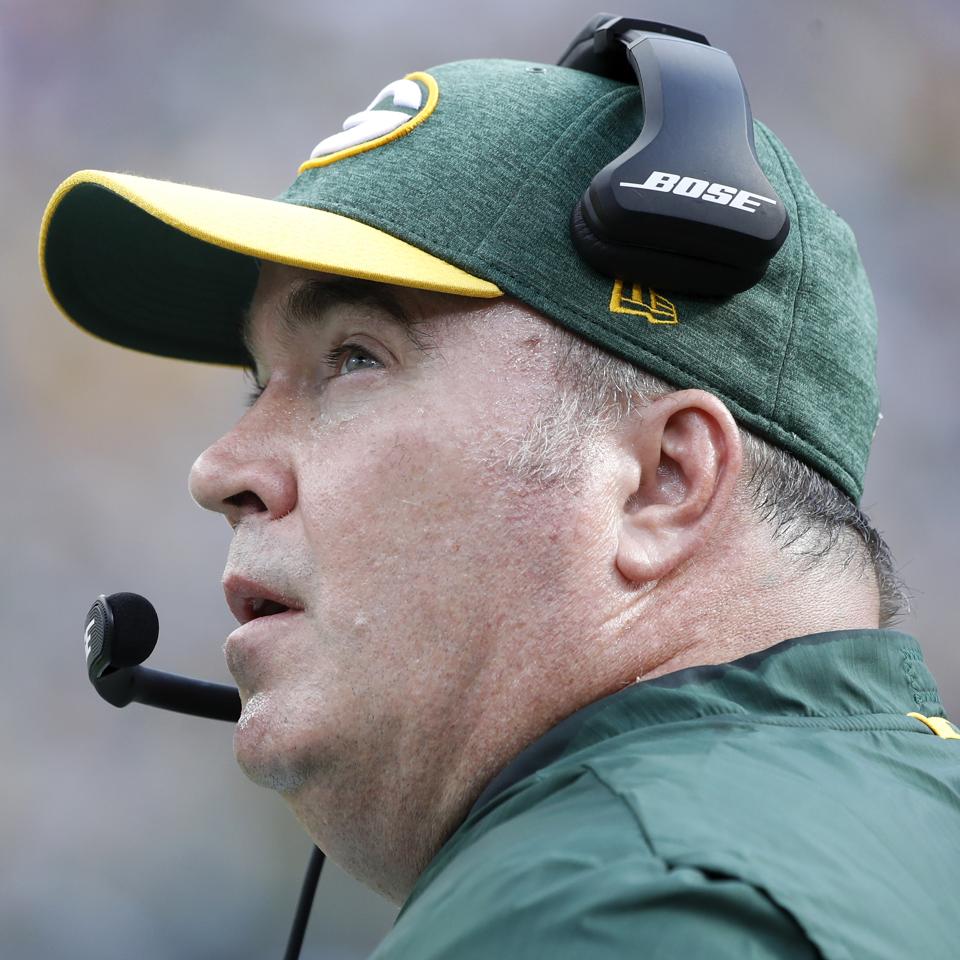 One of the most recognizable names on the Giants’ extensive list of reported candidates and the only one with not only NFL head coaching experience but also a Super Bowl championship on his resume, McCarthy, who is scheduled to meet with the Giants over the weekend. 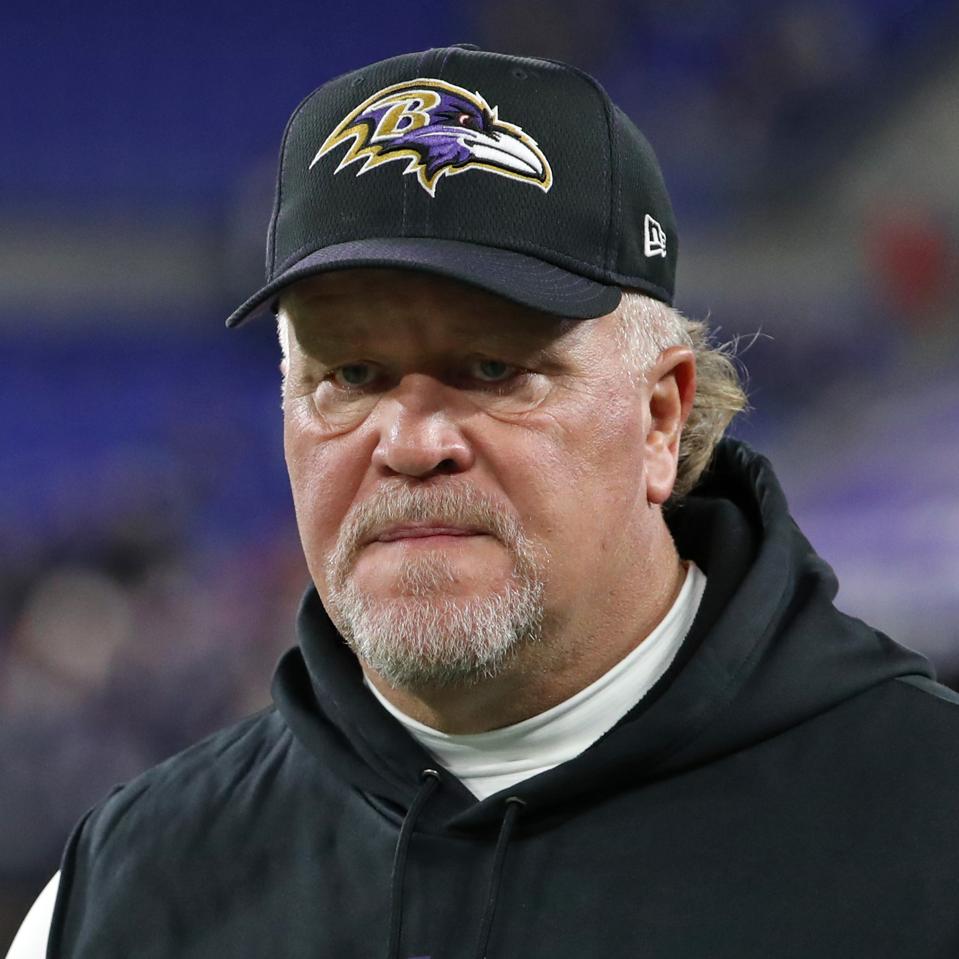 A name not initially projected by outsiders to be on the Giants’ search list, Martindale has worked wonders with the Ravens defense and is reported to have an intriguing candidate in mind as his offensive coordinator: LSU passing game coordinator and former Saints assistant Joe Brady, who helped groom Heisman Trophy winner Joe Burrow into an NFL-ready quarterback. 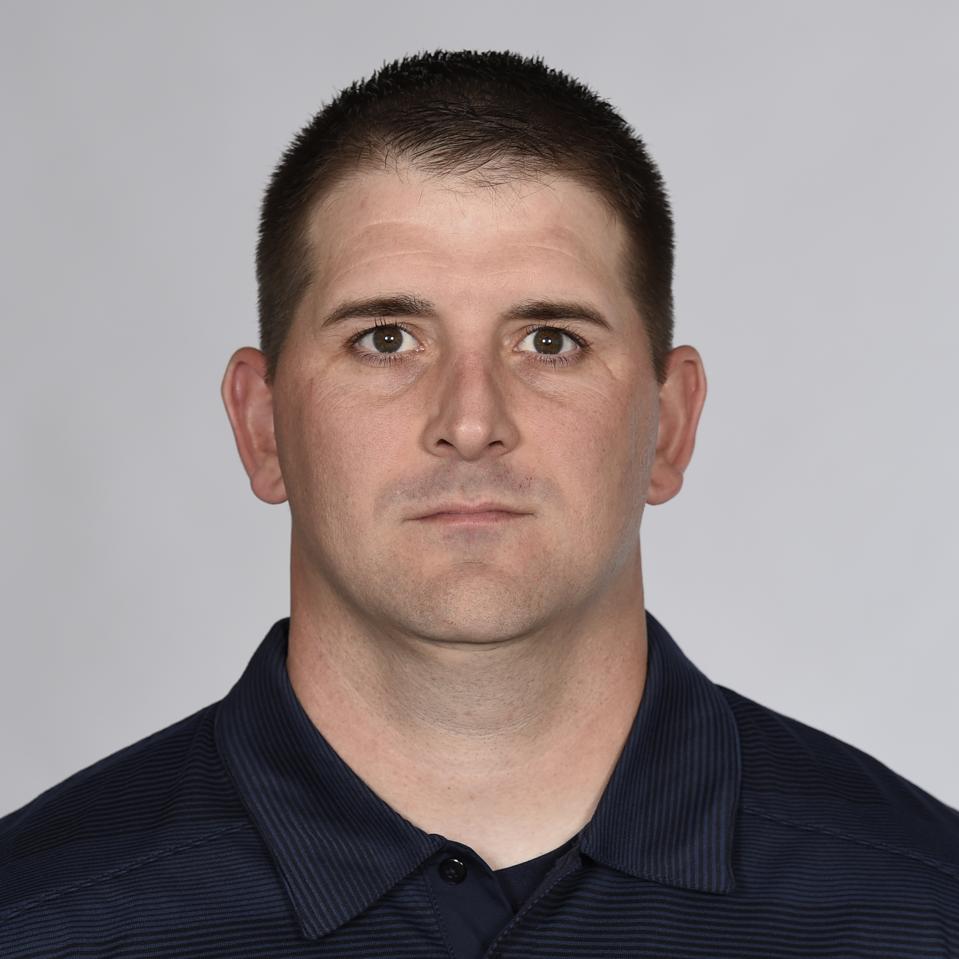 Judge has been a coach since 2005 when he was a graduate assistant at Mississippi State but didn’t make the leap to the NFL until 2012 when he served as the Patriots special teams assistant for three seasons before being promoted to the special teams coordinator. This year, he received added responsibilities for the team’s wide receivers. 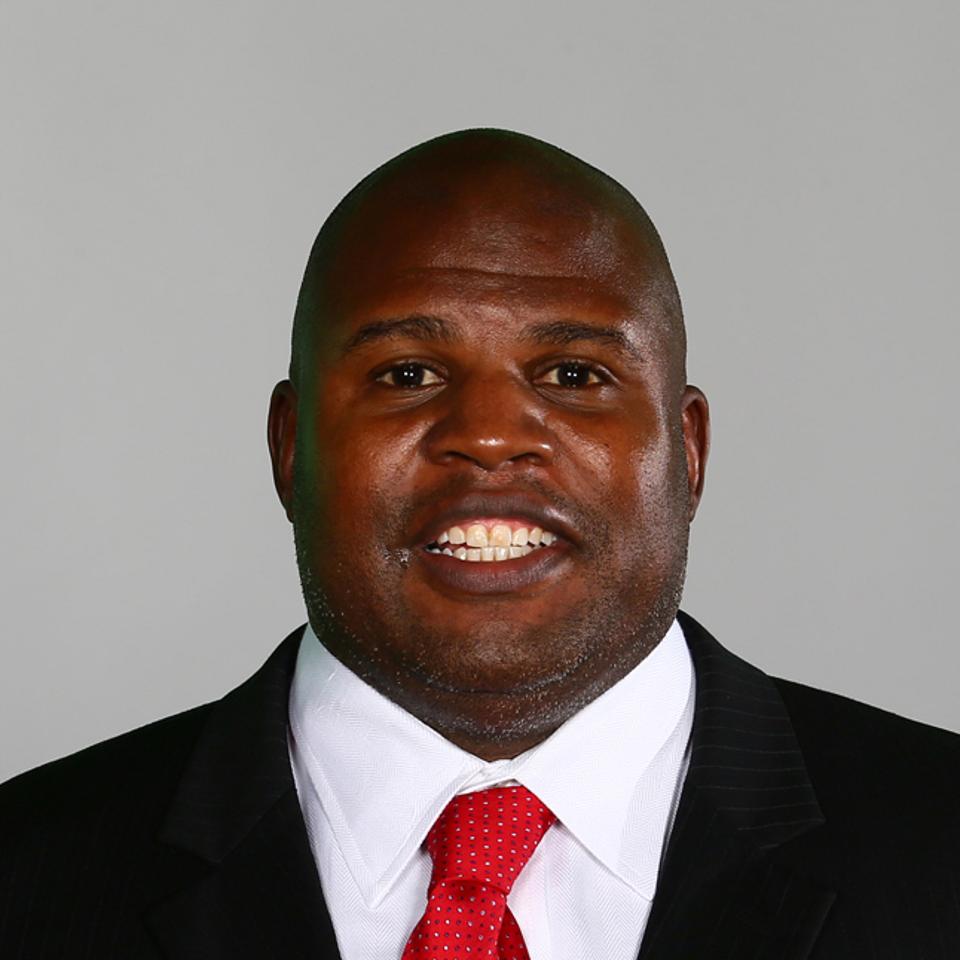 Bieniemy, a former NFL running back, is once again drawing interest as a head coaching candidate. Although he doesn’t call the plays in Andy Reid’s hierarchy, Bieniemy helps shape the weekly game plan and was a big reason why quarterback Patrick Mahomes became only the second quarterback in league history to throw for 5,000 yards and 50 touchdowns in a season. 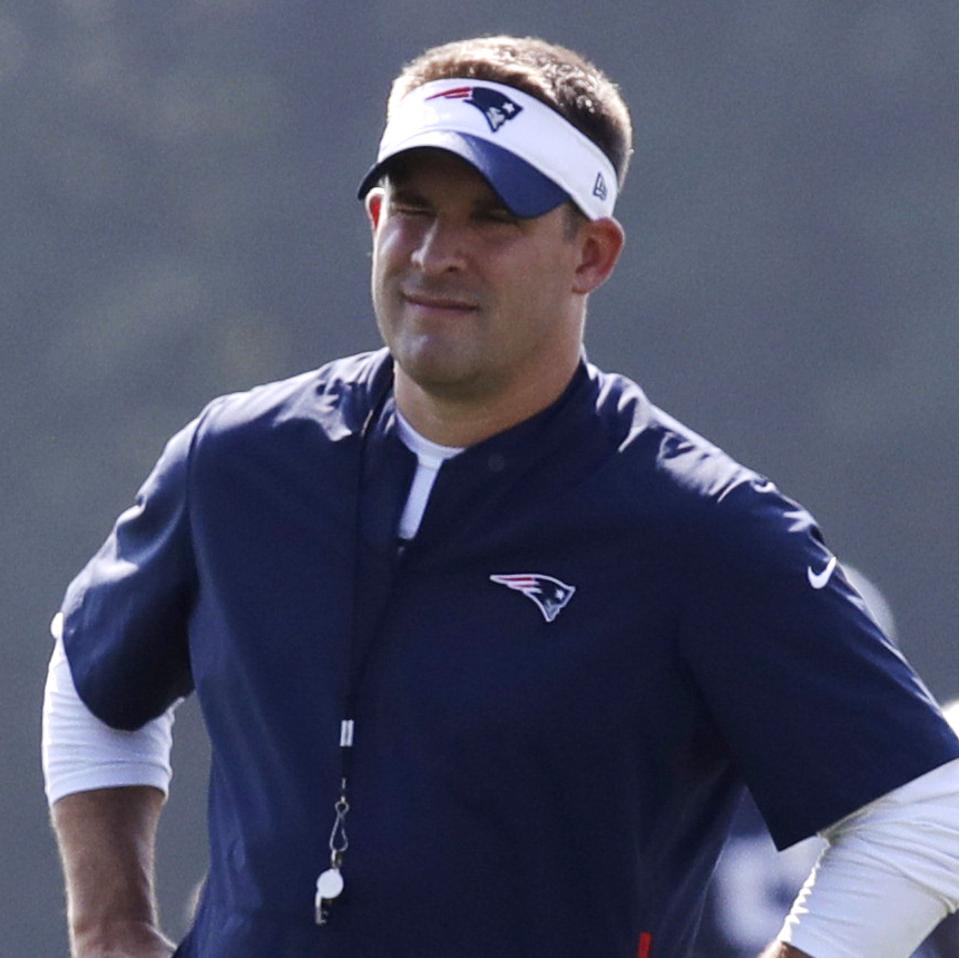 The Giants interviewed McDaniels in 2018 before eventually hiring Pat Shurmur for the job. McDaniels famously went on to accept the Colts head coaching job only to leave the Colts standing at the altar at the last minute. But with uncertainty up in New England, McDaniels might finally be ready to make a move back into the head coaching ranks. 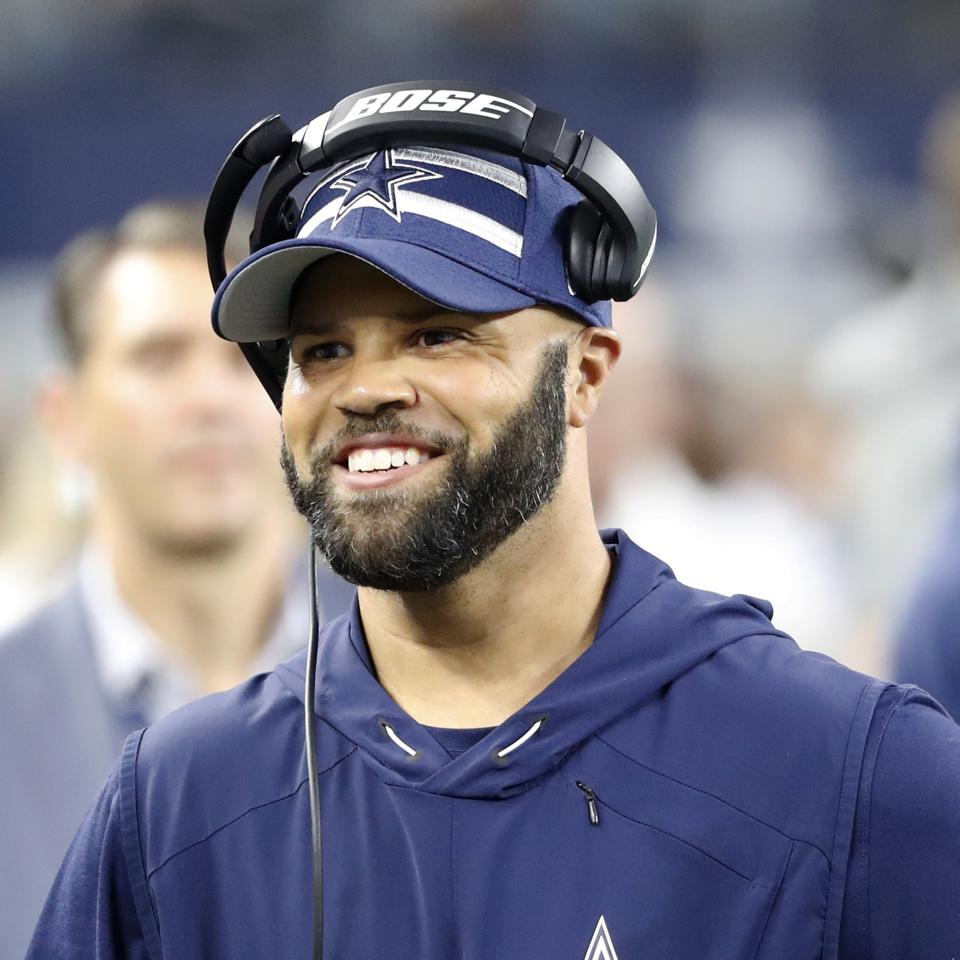 Richard is a former NFL defensive back who played with Seattle (2002-04), Miami (2005), the 49ers 92005-06), and Oakland (2007). He was hired by Pete Carroll, first as an assistant defensive backs coach in 2010, and then later promoted in 2015 to defensive coordinator in 2015, where he served for three seasons before being fired. Under his direction, the Cowboys finished ninth in total defense and 11th in points allowed. 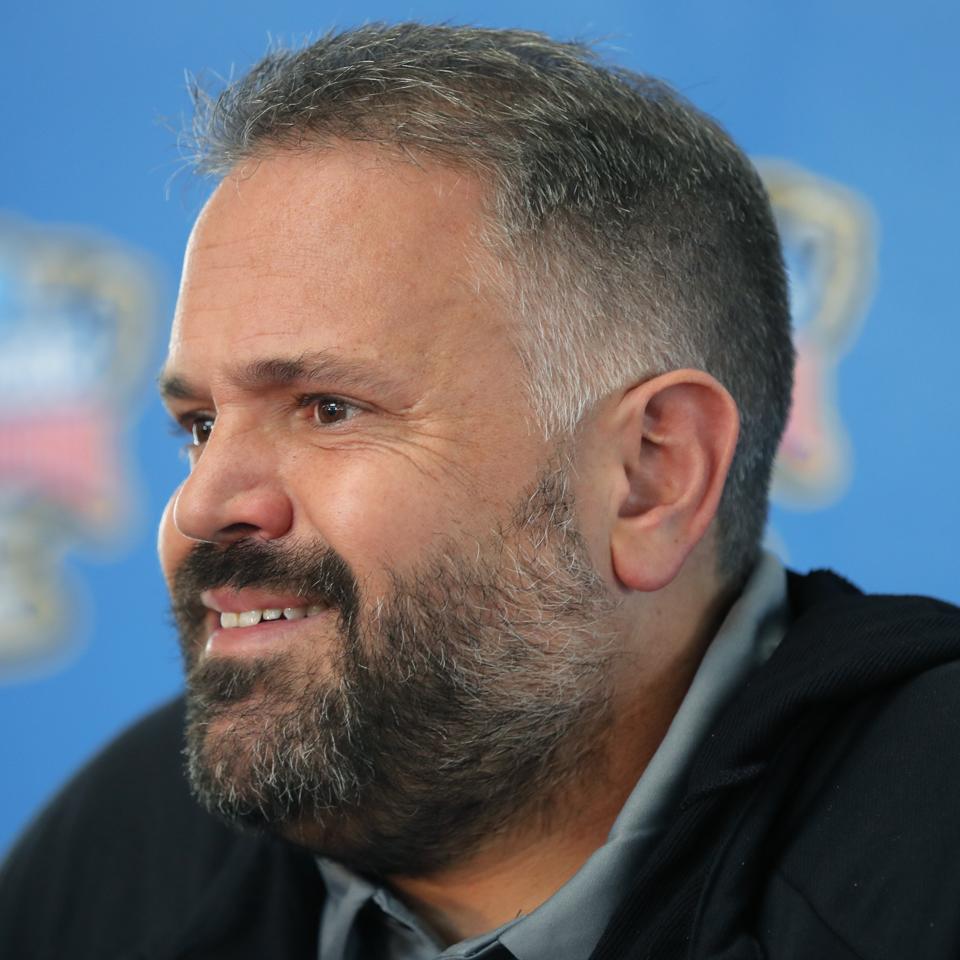 Back in 2012, Rhule was a member of the Giants organization, serving as the assistant offensive line coach under Tom Coughlin. Since then, he’s gone on to turn around two downward spiraling college programs (Temple and Baylor). Per reports, Rhule hasn’t yet been contacted by the Giants, but it’s believed that the team has a strong interest in meeting with him.

Why Are College Sports Fans Being Gouged?

Opting Out of Google Featured Snippets Led to...

SAP BrandVoice: Learn How This NGO Bridges The...

How To Pivot And Shift Your Offers In...