Breaking
How To Get Your Startup Business Off The...
How To Create A COVID Safe Construction Site
How to Make a Good First Impression at...
Nvidia’s Stocks May Plunge 12% Following Its Deal...
Stoke Tank Empty? Check Out Social Media Celebs...
Ask Larry: What Happens To The Money Withheld...
How Far Will Tech Decline?
How AI Platforms Are Improving Talent Management In...
How To Stand Out When Clients Go Searching...
‘Decoding Porygon’: Steps And Rewards For Porygon Community...
US Postal Service Files A Patent For Voting...
7 Business Leaders Share Their Self-Care Secrets
Apple Boosts IPad Air Performance By 40%…And Other...
Biden Was Right. The Hispanic Market Is Incredibly...
Plan To Buy An Electric Car? Is A...
Covid-19 Death Toll In U.S. Passes 200,000
Apple iOS 14 Has 25 Great Secret Features
5 Decisions That Will Increase Your Chances Of...
Coronavirus Is Shaping Up To Be Very Bad...
Home Technology Gift This, Not That: Nomad Lighting Cable Vs. Apple Lightning Cable
Technology

Gift This, Not That: Nomad Lighting Cable Vs. Apple Lightning Cable

Several generations of Apple iPhones now support wireless charging, but hundreds of millions of iPhones out there still rely on Lightning cables to charge. And even when you have a new model like the iPhone 11 Pro, a Lightning cable may still be in order for fast charging, car-charging, or those times when you forget to bring a Qi charger when travelling and need to plug into a USB port. That’s why Lightning cables are so popular as stocking stuffers. They’re relatively inexpensive, iPhone, iPod and AirPods (and most iPad) owners use them, and they seem to break with shocking ease. My three teenagers go through Apple’s Lightning cables like candy, but there’s an alternative that stands up to the worst abuse they can dish out: the Nomad Lighting Cable.

There’s no disputing the fact that Apple’s own Lightning cables work well. I would take one of these over a cheap knock-off on Amazon any day. The problem with virtually all Lightning cables I’ve ever tried — including the genuine Apple versions — is durability. They inevitably fray and break. The point where the cable connects to the Lighting connector is a particularly weak point, but I’ve seen the cable sheath split anywhere along the length. 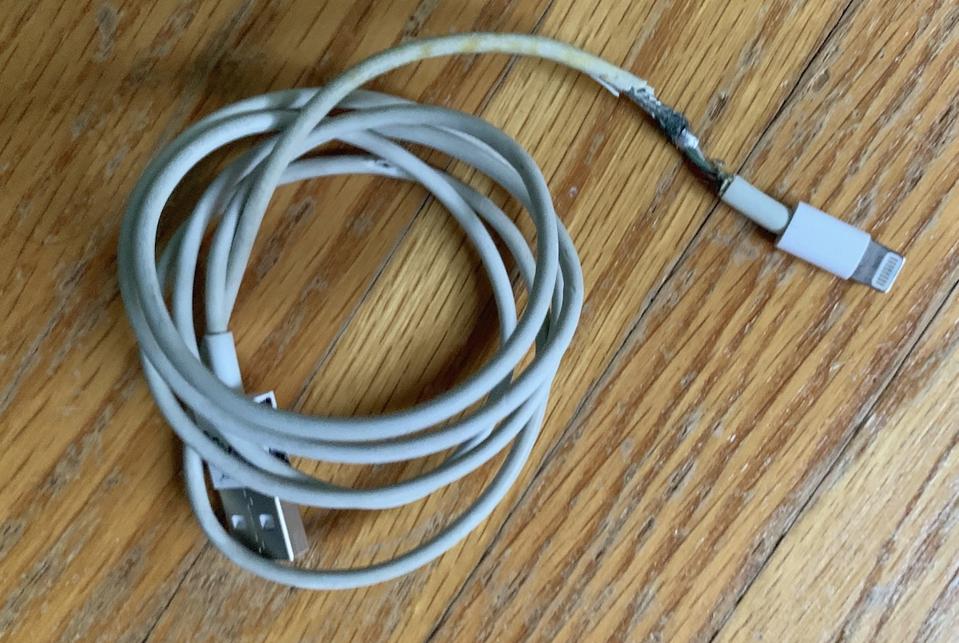 Sometimes the Apple Lightning cables look like they are in perfect condition from a visual perspective, but the Lightning connector itself begins to fail. Have you ever had a Lightning cable that looks mint, but will only charge your device if inserted with the cable facing a specific way? That happens all the time. Around my house, we’ve taken to marking the “good” side of failing Apple Lightning cables with a dot…

Apple Lightning cables aren’t exactly cheap, either — that’s why there are so many third party alternatives. The standard 1m cable (3.3 ft) costs $19, while the more useful 2m (6.6 ft) version is $29.

I’ve reviewed a ton of Nomad gear for Forbes over the years (including the Base Station Apple Watch Edition wireless charger, and the Horween leather Rugged Case for iPhones) and the accessory maker never disappoints. The company designs premium upgrades over Apple’s own offerings, and also fills in the gaps with accessories that Apple doesn’t make itself.

The $34.95 Mfi certified Nomad Lighting Cable is a perfect example. 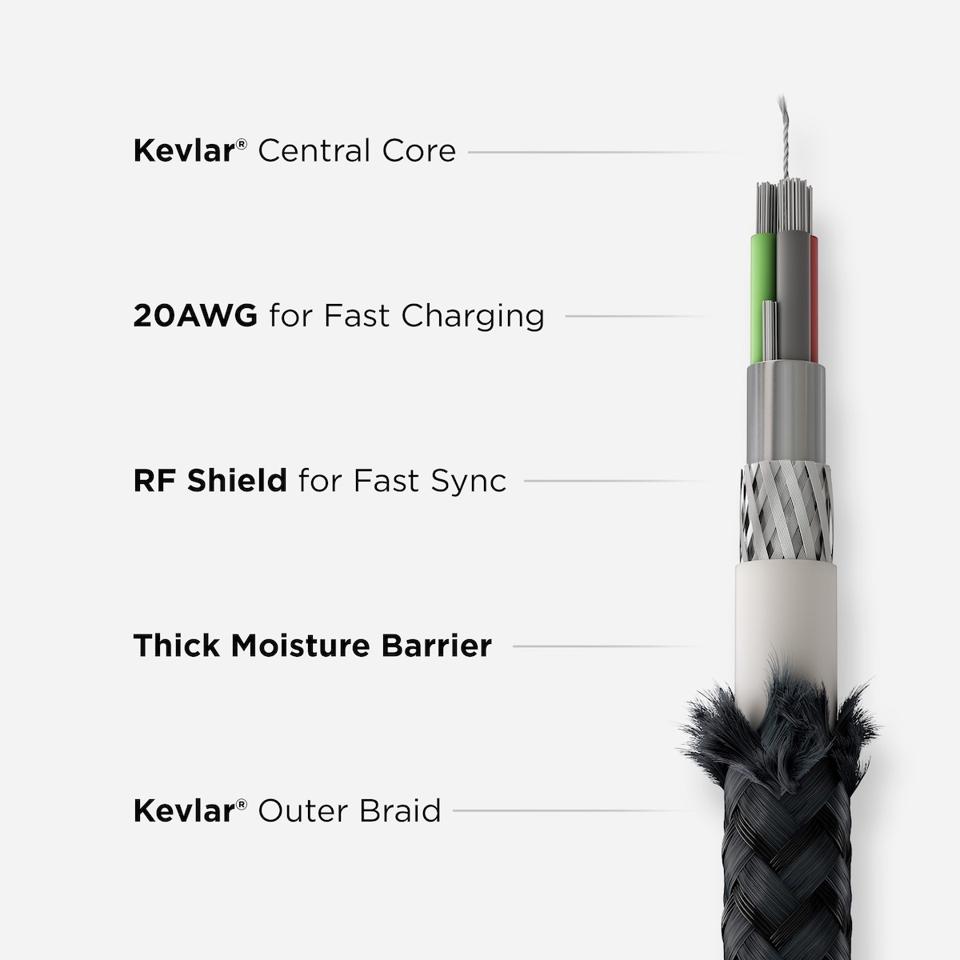 Nomad’s Lightning cable is tough, with Kevlar and a metal alloy connector housing instead of … [+] plastic.

The 1.5m (4.9 ft) cable is a more useful length than the standard Apple Lightning cable without being too long. It’s equipped with a Vulcanized LSR silicone cable tie to manage any excess length. The cable itself is extremely rugged. The outer jacket is made of double-braided Kevlar 29 (K29) fibers. That covers a Kevlar core and 20AWG gauge copper wire that can handle fast-charging. The cable includes a moisture barrier, a fire resistant PVC jacket, and RF shielding. That Lightning connector where Apple’s own cables seem to always fail? The Nomad version isn’t plastic, it’s metal alloy with an “over-engineered” strain relief support system.

Sweetening the pot is Nomad’s warranty. What’s that, a Lightning cable with a warranty? Good luck trying to return a frayed Lightning cable at an Apple Store. But Nomad covers its Lighting Cable for five years…

If you need other lengths or other formats (including USB-C to Lightning), Nomad has you covered there as well.

So if you’re planning to give someone with an Apple mobile device the gift of new Lightning cables this year, do yourself (and them) a favor. Skip the Apple Lightning cable and go with a Nomad Lightning cable instead. You may pay a little bit more, but when that one cable lasts for years of reliable service, it’s well worth it.