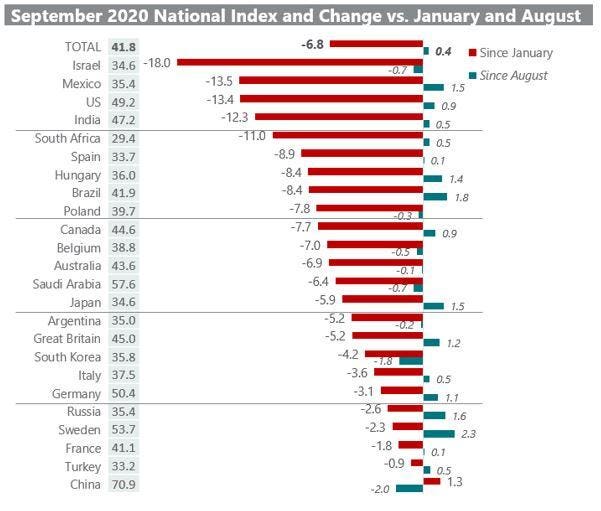 Most states and most countries are pretty much over the coronavirus. Here in southern Massachusetts, according to the U.S. Covid tracker, only Suffolk County — the county seat of Boston — is still battling back the pandemic. Other counties have had an average daily case load of under 10 with less than deaths over a 90 day period. Upstate New York is the same. Only populous New York City is still counting coronavirus numbers in the hundreds. Most counties haven’t registered a death from SARS-CoV-2 in 90 days, and that can all be seen, county-by-county, on the U.S. Covid Tracker website.

Then there is China. China, the global hub of the new SARS, hasn’t had an outbreak in months. It’s as if the new, fast spreading virus has either died out, or no one in China is bothering to measure its spread anymore.

Months ago, Wuhan, the city where all of this nightmare began, tested over 11 million inhabitants and said that only around 300 people tested positive, almost all of the asymptomatic and not a one requiring hospitalization.

Compare that to just 8 months ago, when 300 cases in Wuhan turned into 1,000 literally in a week, leading to a shutdown of the entire province and, later, all of China.

The World Health Organization never said whether or not those tests were done correctly, or were a sign of good things to come. But, it would appear, that China is on the mend.

The northeast United States is on the mend, particularly outside of the big cities. And New York City, the epicenter of the pandemic here at home, is going to in-house dining at restaurants within the next two weeks, even as the public school system remains cautious and is keeping students on Google Meet and other online platforms for the time being.

All of this bodes well, of course, for consumer sentiment.

Here’s an example out of Ipsos, a global pollster.

At 41.8, the Global Consumer Confidence Index is up slightly over last month (41.4). September is the third consecutive month showing gains-in consumer sentiment at the global level after bottoming out in June. However, the index remains 6.8 points lower than its pre-pandemic level recorded in January and nearly five points lower than its historic average spanning over 10 years.

The Global Consumer Confidence Index is the average of each of the 24 world markets’ National Indices. It is based on a monthly survey of more than 17,500 adults under the age of 75 conducted on Ipsos’ Global Advisor online platform.

China and South Korea numbers did slip by around two points, but despite this month’s decrease, China’s National Index is at 70.9 and that is higher than it was pre-pandemic and higher than that of any other country surveyed.

So the hub of the pandemic is in the clear as far as consumers are concerned. They are over this thing. And hopefully with good reason.

Other Asian countries that got hit hard by the virus are not as upbeat, though. South Korea’s consumer confidence level on a 100 scale is a weak 35.8, the lowest it’s been in 10 years.

Compared to January, however, just before Covid-19 become a household name, every country’s Consumer Confidence Index is down except for China’s.

The National Index of five countries— Israel, Mexico, the U.S., India, and South Africa — is down by over 10 points compared to where it was at the start of the year.

Lastly, while 11 of the 24 countries surveyed by Ipsos had a National Consumer Confidence Index higher than 50 back in January, this is now the case of only four countries: China (70.9), Saudi Arabia (57.6), Sweden (53.7), and Germany (50.4) as people are still climbing out of their lockdown caves, and are still fearing the worst from the coronavirus thanks in large part to public health officials keeping the pressure on the locals from any return to normalcy — whether it is in London (where people protested this past weekend about the threat of new lockdowns by its mayor) or on American college campuses, where campus police are literally giving students warnings for not practicing social distancing while outdoors in a mask, and risk being kicked off campus for the semester.

Everyone is a wet blanket. By force.

Here’s the results on the consumer side, as measured by Ipsos.

GDP Vs. GNH: Rethinking What A Healthy Economy Means