Breaking
Microsoft Teams Issues Strike To Zoom With Tidal...
What’s Coming For The S&P 500 In October
A $22,000 Microsoft Surface Will Soon Be For...
Zooming In – Should SMEs Invest In The...
iOS 14: The Surprising Security Risk Of Sharing...
How A Break From Lord Sugar Changed The...
Sunday’s Google Doodle Is Actually About Google
Office Of The Comptroller Of The Currency Chief...
Source Code For Multiple Windows Operating Systems Publicly...
Why Forgettable Pfizer Really Is A Great Value...
Hot For The Holidays? Amazon Home Drone, Kid...
Best Small Business Loans
The FAAMG Stocks Drive The Markets
Channel Arbitrage And Other Ways Fintech Is Disrupting...
Mall Of America Extends A Hand Of Unity...
Surprise Samsung Galaxy S20 FE Beats Google Pixel...
Home Business ‘Godzilla’ Dust Cloud Covers Gulf Coast In A Thick Haze
Business

A giant dust cloud that hit the shores of the Gulf of Mexico was apparent Friday after travelling thousands of miles from the Sahara Desert in what experts have called the most significant dust cloud to hit the U.S. in 50 years. 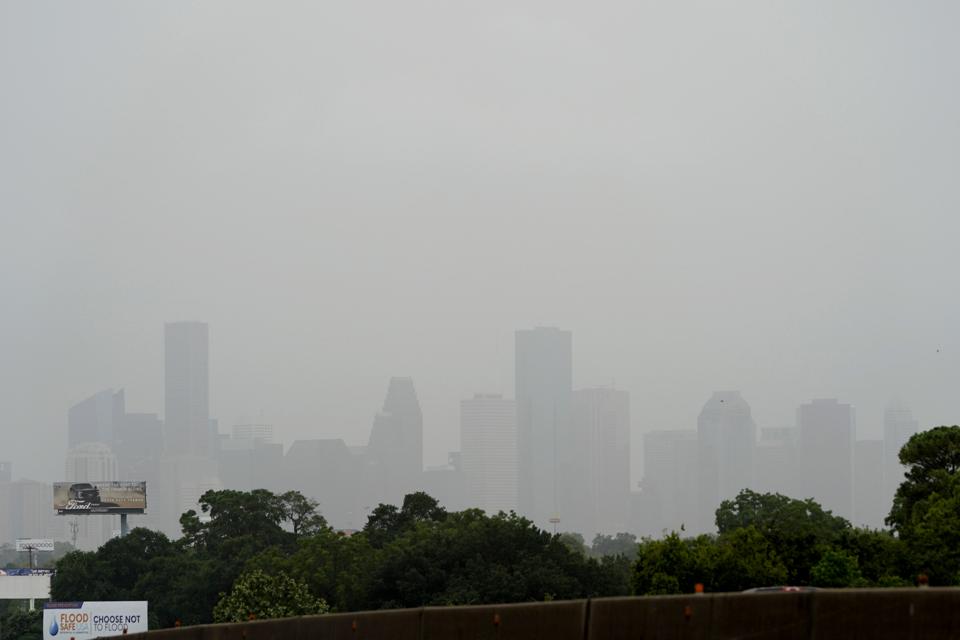 The skyline of Downtown Houston was barely visible from afar Friday, as a dust cloud settled over … [+] the U.S. Gulf Coast.

The dust reportedly first hit Thursday and by Friday cast a thicky haze over the south, stretching from Florida all the way to parts of Texas.

Dust plumes from the Sahara are common this time of year, though the one that started in western Africa over last weekend is much larger than usual, and appears much clearer than previous clouds on satellite imagery.

Believed to stretch 3,500 miles, the dust cloud has earned the nickname “Godzilla” because of its massive size.

People with respiratory issues may notice they have a harder time breathing the extra particles in the air.

The timing is particularly bad as states across the south like Texas and Florida report record-breaking numbers of daily new Covid-19 cases, a virus that attacks the respiratory system and is more deadly for people with preexisting conditions.

One Harvard University study (that has not been peer reviewed) found evidence in April that suggests long-term exposure to air pollution like dust could correlate with an increased rate of Covid-19 hospitalization and death.

WHAT TO WATCH FOR

Experts say the dust will continue to spread north and east over the weekend, and could travel as far as the Canadian border.

Called the Saharan Air Layer by meteorologists, the dust is a mass of dry and dusty air that tends to form in the Sahara Desert in the spring, summer and early fall and will travel over the North Atlantic. The good news: experts say the dry air acts as a hurricane repellent, as the storms need heat and humidity to form.

A Saharan Dust Plume Will Hit The U.S. This Week; What Is It? (Forbes)