Breaking
Entrepreneurs Are Bringing Transparency To Home Buying And...
Best Incentive To Get Vaccinated: Money, Messaging, Or...
Page Level Query Analysis at Scale with Google...
How A CIO Can Align IT With Business...
Blogger of the Month: Jo, Girl Eats World
6 Things Women In Business Know That Men...
How to Use First-Party Data for Ad Personalization
Pressing Reset—Putting A Fallen Unicorn Back On Its...
How We Went Viral: Promoting Content with Influencers,...
Blame Olympic Record Price Tag For Return To...
Apple iOS 14.5 Release: Should You Upgrade?
How to Come up with Podcast Topics and...
Why Gaming Gear Company Razer Launched A $50...
Technical SEO Implementations to Increase the Impact of...
30 Brilliant Ways to Market Your Eco-Friendly Shopify...
15 Tech Industry Leaders Share Overused (And Misused)...
Home Business ‘Goodfellas’ Actor Joe Pesci Puts Jersey Shore Mansion Up For Sale
Business 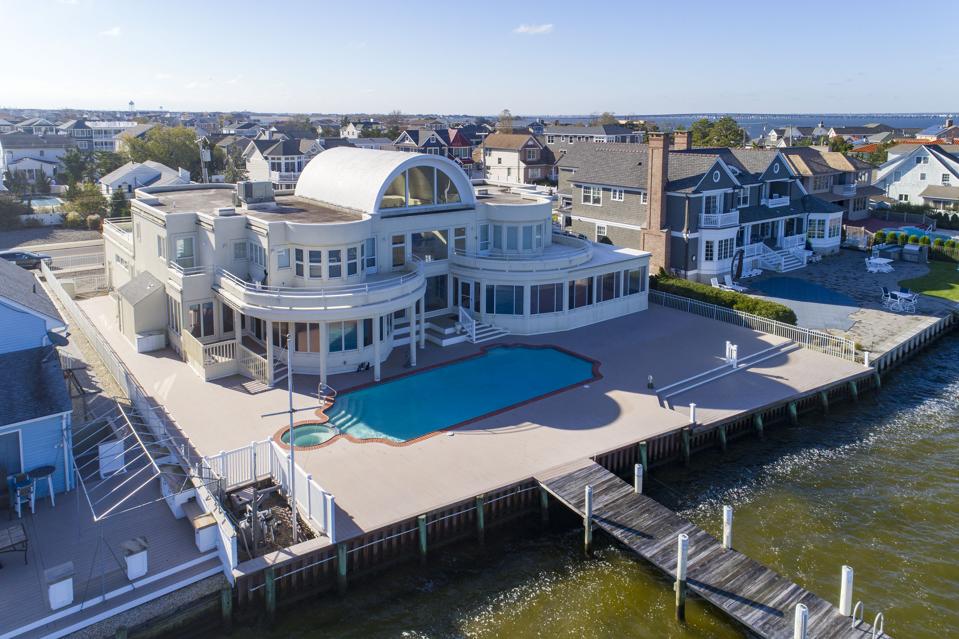 Joe Pesci’s eight-bedroom, eight-bath home on the Jersey Shore is for sale.

Actor Joe Pesci, who has lit up the big screen playing characters like Vinny Gambini in the comedy ‘My Cousin Vinny’ and ill-tempered mobster Tommy DeVito in Martin Scorsese’s mafia epic ‘Goodfellas,’ is selling his Jersey Shore waterfront estate, his home for almost 30 years, for $6.5 million.

The Academy Award-winning actor, who most recently teamed up with Martin Scorsese, Robert De Niro and Al Pacino in ‘The Irishman,’ plans on settling in sunny California and booking tee times on golf courses.

Built in 1990, the 7,200-square-foot contemporary estate with an Art Deco vibe is in the West Point Island neighborhood, protected from Atlantic storms on Barnegat Bay and only a short bike ride to the beach. 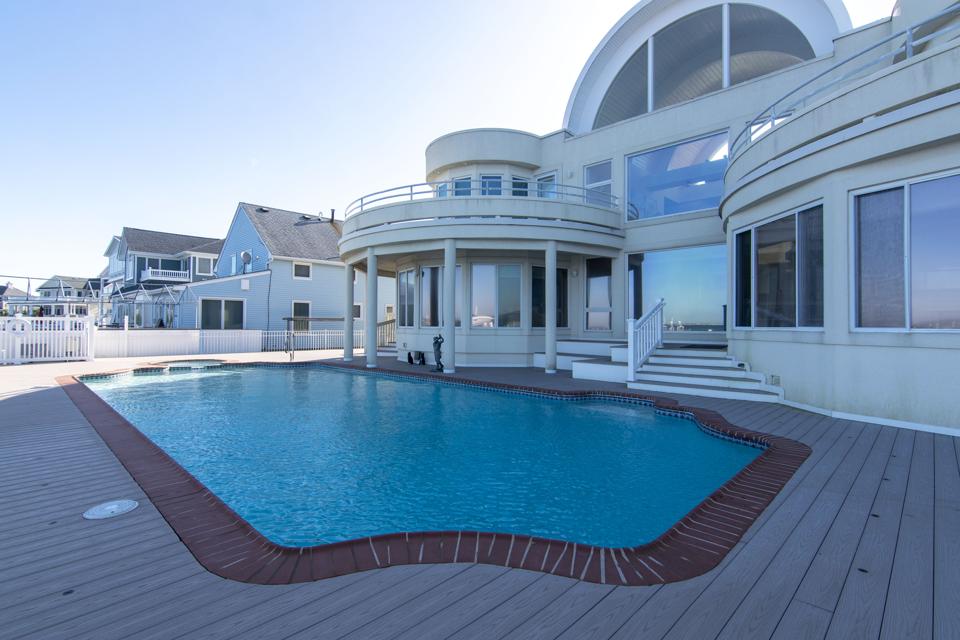 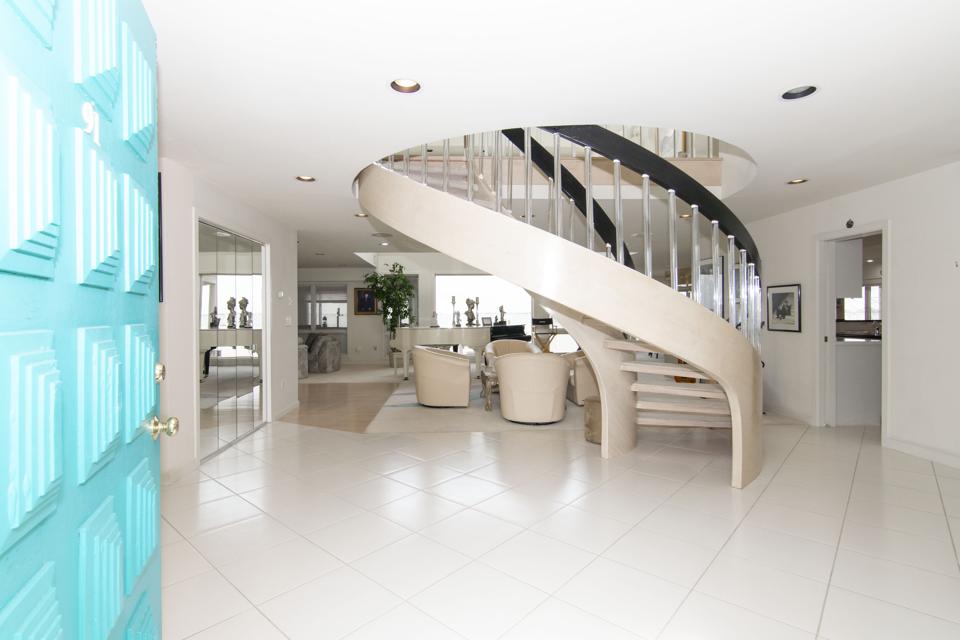 The eight-bedroom, eight-bath home has an open floor plan with spacious rooms perfect for large parties that spill out to the pool terrace at the water’s edge with a boat dock beyond. The gated property is fenced with a stately motor court that provides a grand sense of arrival. There is also a two-car garage for the owner.

Upon entering, a dramatic free-standing curved staircase sets the stage for the living areas. With light-filled rooms and the backdrop of the bay through floor-to-ceiling windows, the living room with its two seating areas and pianos hints at musical gatherings. 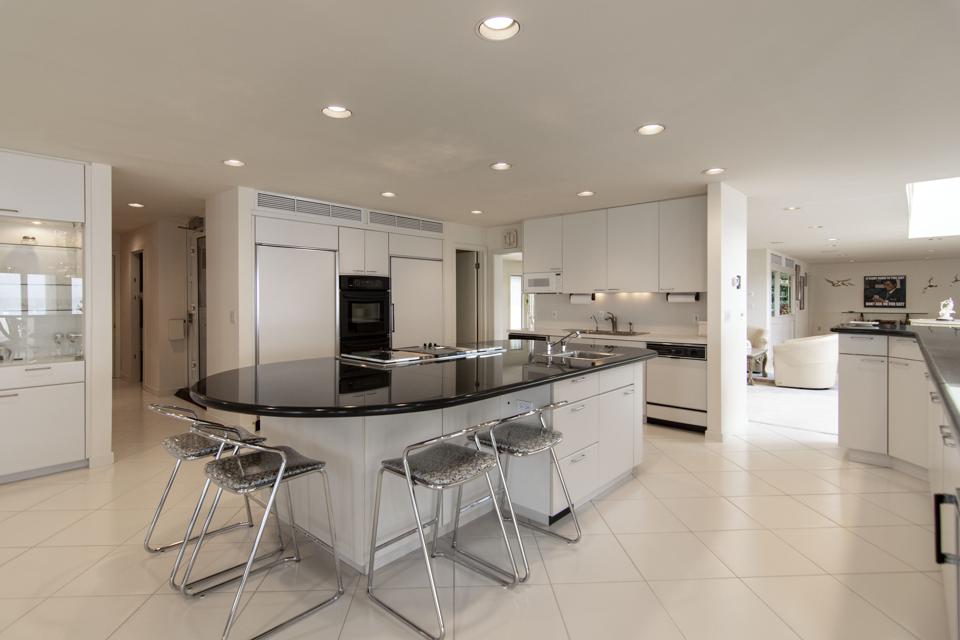 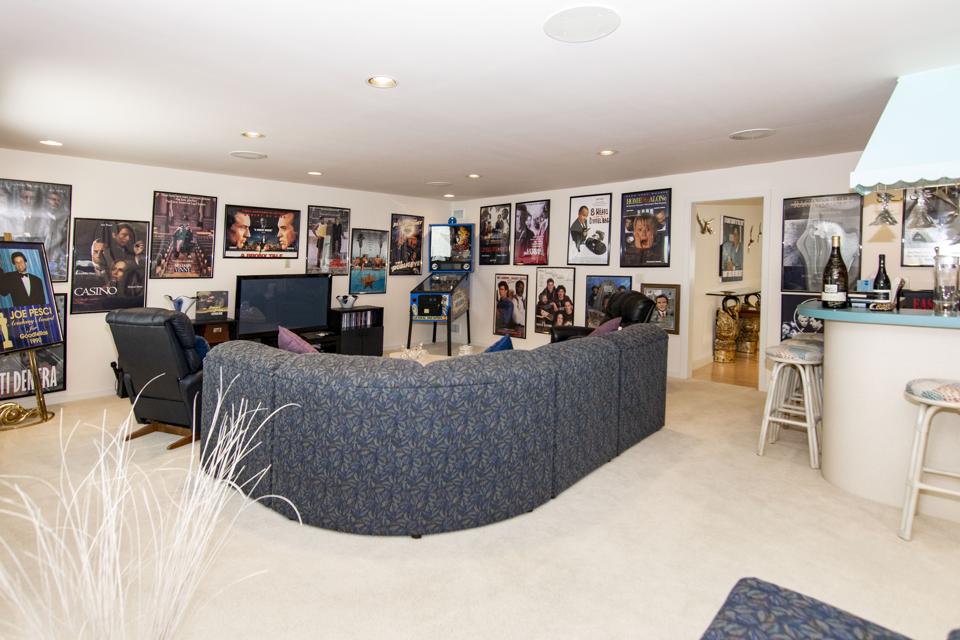 The large eat-in kitchen with island is perfect for preparing large meals for dinner in the dining room encircled by glass doors opening to the pool terrace and bay. The media room walls are decorated with posters from Pesci’s films, and because his first job was as a barber, a barber’s chair occupies one corner as a humbling reminder to not let success go to one’s head.

The upper level, which can also be reached by elevator, contains bedrooms and an office with upper terraces and sweeping views. A downstairs party room next to the pool and spa has a separate kitchen for entertaining. 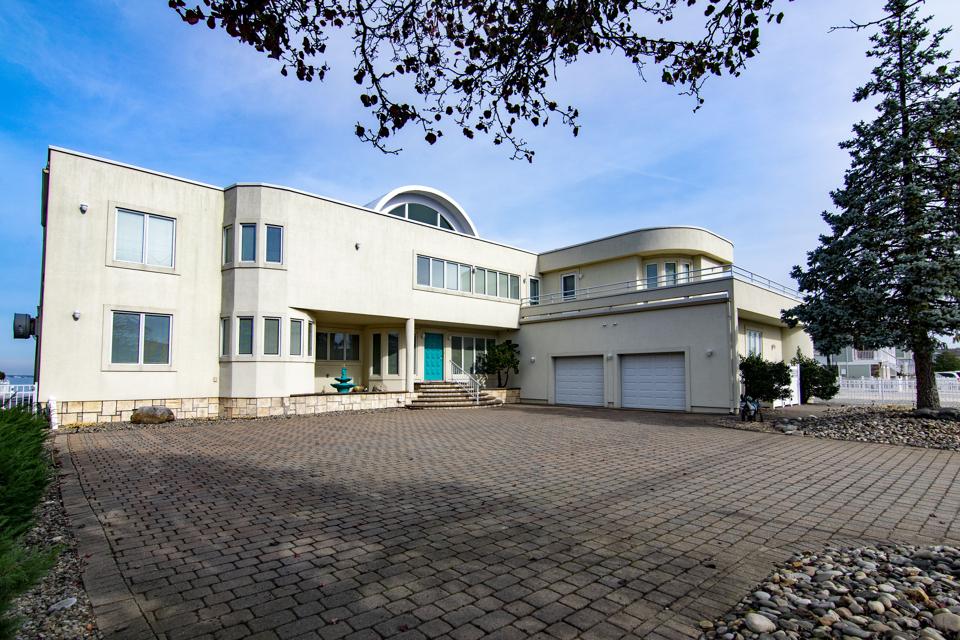 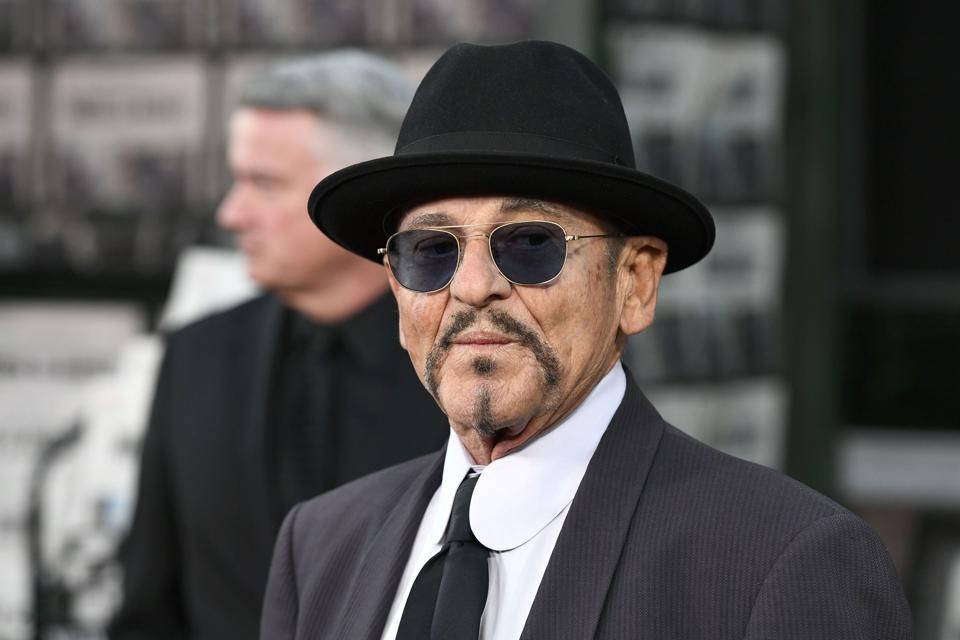 Joe Pesci attends the premiere of Netflix’s ‘The Irishman’ on October 24 in Hollywood.

After making 34 films, Pesci has cut his second album, ‘Vincent LaGuardia Gambini Sings Just for You,’ named after his character in ‘My Cousin Vinny.’ The album comes 30 years after his first, which was where he started in the entertainment business. He was deeply involved in the music industry until acting in the film ‘The Death Collector,’ which caught the attention of Scorsese, and his film career took off.

Palladium Heads For $2000 An Ounce; Lock Up Your Prius!