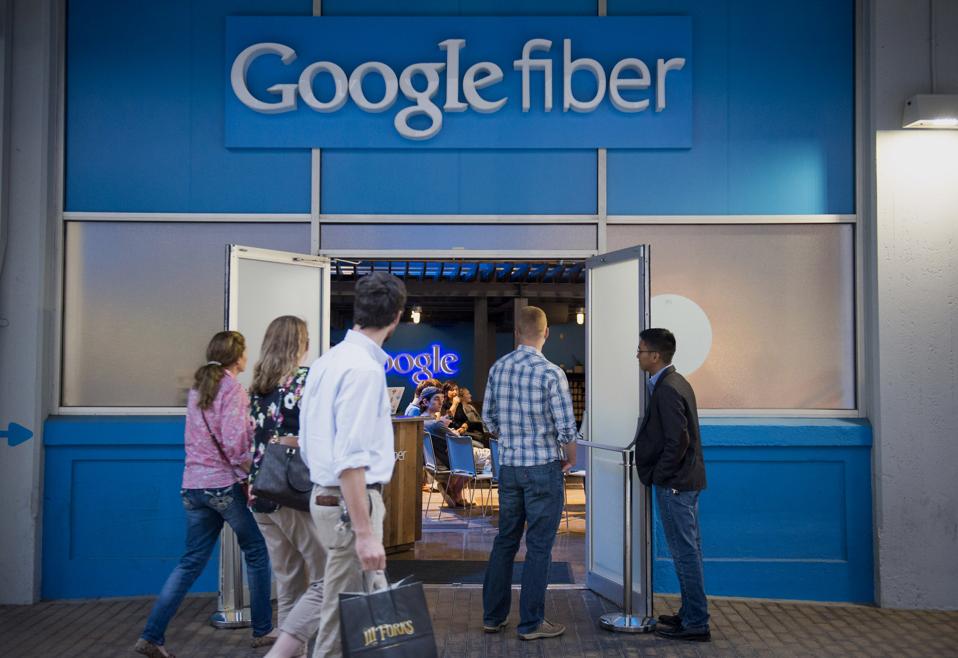 Pedestrians walk past Google Inc.’s Fiber Space in downtown Austin, Texas, U.S., on Saturday, April … [+] 4, 2015. About 900,000 people live in the city of Austin and that number is expected to reach nearly 1.3 million by 2040, a 40 percent increase, according to city figures. More than 100 people move to the city a day, according to the city’s demographer. Photographer: Matthew Busch/Bloomberg

Google Fiber is getting out of the TV business.

In a blog, the company said it would no longer be offering its linear, cable-esque television service for new customers. Instead, Google Fiber will redirect new customers to other “over-the-top” streaming services, including Google’s own YouTube TV and FuboTV.

Existing Fiber TV customers will be able to continue to use the service. Before the changes, Google had been bundling its TV service, along with Fiber Internet, for about $130, after paying all set-up fees. 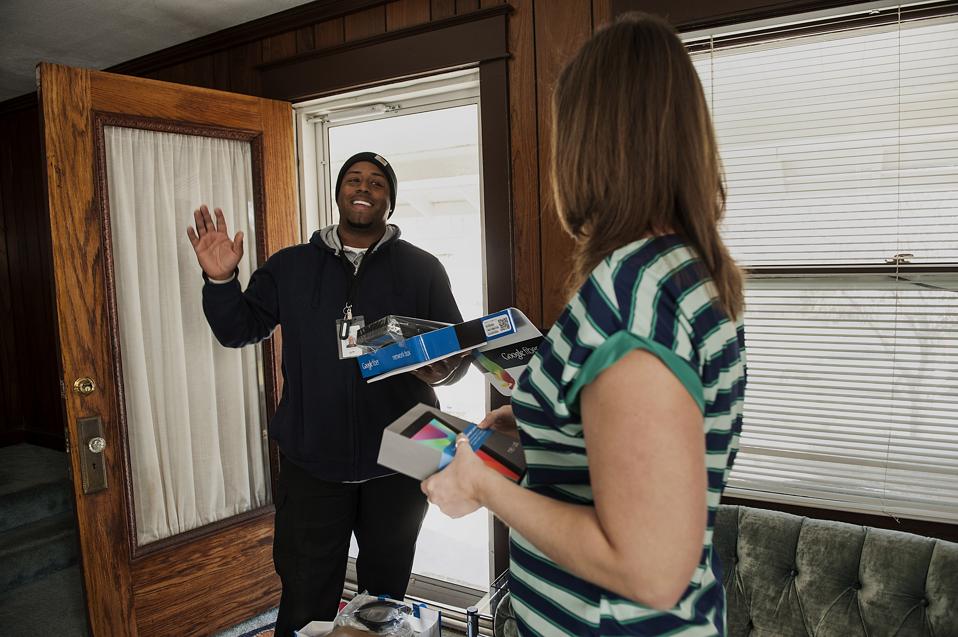 In December, Google Fiber added the option for new customers to sign up for YouTube TV when subscribing to the service. It also dropped its 100 Mbps plan to focus on gigabit internet connections.

In Google’s announcement, it also said it would add the option for new customers to sign up for OTT service, FuboTV. While FuboTV does offer many of the linear cable channels offered by YouTube TV, it offers more specialty sports channels and Latinx channels than Google’s OTT service.

The Next Harmful Immigration Move Against International Students

Here’s The Only Genuinely Bad Part Of Destiny...