Google Pixel Buds 2: Everything We Know About The Galaxy Bud+, AirPod Rivals 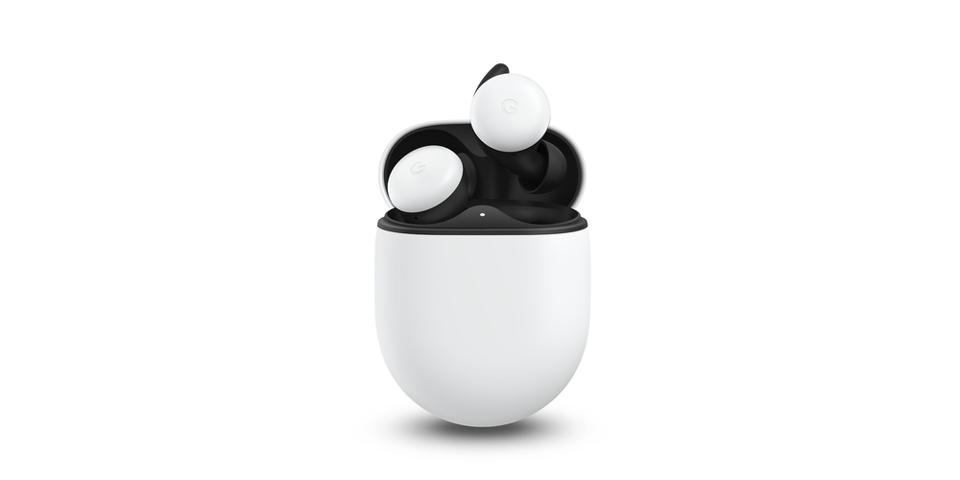 Google’s Pixel Buds 2 are on their way.

Google’s next Pixel Buds face an uphill battle: not only do they have to improve on the disastrous original earbuds – but they also have to see-off serious competition from Samsung and Apple.

I’ve been using Samsung’s new Galaxy Buds+ recently and it’s clear the Korean company has set a benchmark that rivals may not be able to match.

The good news is that based on the information already available, the Pixel Buds 2 – at the very least – look like an improvement on the original 2017 earbuds. Here’s what we know so far.

When can I buy them?

It’s not exactly clear right now. The earbuds were likely due to launch at Google’s I/O on May 12th this year, but that’s now been cancelled because of fears around the Coronavirus outbreak. It’s not clear how this impacts the launch date of the Pixel Buds 2 but Google tells me it is constantly assessing the situation and putting the health of the company and its employees first.

The only other information we can go on, apart from a now deleted pre-order page of the Pixel Buds 2 on a third party retailer’s website, is the news that the earbuds have been listed on the Wireless Power Consortium website. This usually happens just before or after launch, so they could be around the corner.

But concerns about the Coronvirus outbreak may delay shipments (Google is staying tight lipped on this) as it has for Apple.

What do they do?

Google says that we can expect an improved audio experience. The original Pixel Buds sounded fine, but they let in too much ambient sound and cost far too much for the quality of audio on offer. Fixing this is a must.

The Pixel Buds 2 will also allow for ambient sound through a “spatial vent” on the underside of the buds, which Google argues is necessary to avoid the “plugged ear feeling” that you’ll get with other sealed in-ear buds. We’ll have to see how well Google has balanced noise cancelling with the ambient noise that comes via the spatial vent.

It also looks like the new earbuds will also support 5W wireless charging, which will dovetail nicely with the Pixel 5’s rumoured ability to reverse charge.

In typical Google fashion, the Pixel Buds will have some onboard AI too. The new “adaptive sound” feature automatically adjusts volume depending on how loud the surrounding environment is. It will either be a smart, useful feature that’s adopted by rivals or an over-engineered concept that never quite works properly.

Assistant, of course, is a key feature of the Pixel Buds 2. Users can now bring up Assistant by saying “Hey Google” instead of having to long-press on a bud. From there all of Assistant’s features should be available – including language translation. It’s not clear what more Google has done with the language translation feature on the original buds, but clearly it’s still part of the experience.

The new buds are also sweat and water resistant (no information on an IP rating) and have 5 hours of playback time, with the case holding 24 hours of charge.

And how much will all of that cost?

One of my many gripes about the original Pixel Buds was the fit – or rather, lack of it. The rope that protruded from the buds was supposed provide support but, in reality, did nothing of the sort. The new buds, thankfully, appear to have rectified that.

Google says the Pixel Buds 2 have a “stabiliser arc” that will keep them in place, which looks similar to what the Galaxy Buds+ have.

The large capacitive area returns, which allows users to tap to play, pause, skip and bring up Assistant. It’s not clear how much of the bud’s surface registers touches, but presumably it’s the entirety of the colour panel.

This proved to be a problem for the original buds, which often registered accidental touches – because the captive area was too big. So if you went to readjust the earbuds (because they often fell out), you’d accidentally skip a track or bring up Assistant. Hopefully Google has found a way around this.

Four colours will also be available at launch: “Clearly White”, “Oh So Orange”, “Quite Mint” and “Almost Black”.

As I said earlier, the earbuds could release fairly soon, so stay tuned for more information as and when it comes.

Heathrow’s Blocked Expansion: Can It Happen In Mumbai Or Singapore?

Thanks To Coronavirus, A U.S. Bear Market Is Right Around The Corner