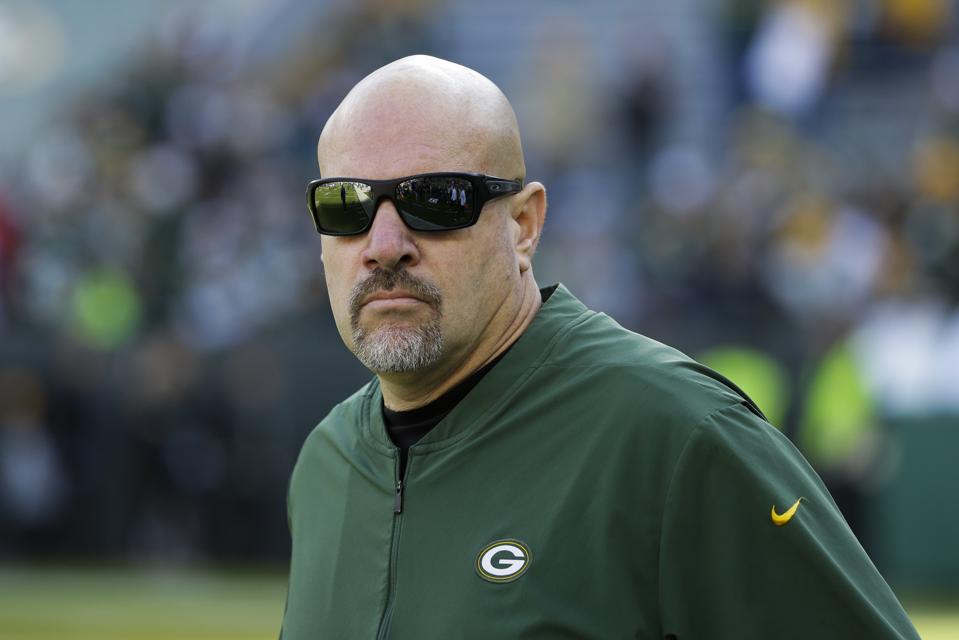 Throughout much of the past decade, Packer Nation couldn’t wait to run Dom Capers out of town.

Capers, Green Bay’s defensive coordinator from 2009-’17, had tremendous success early in his tenure, then watched his defenses slip near the end.

These days, many of those same fans might love to have Capers back in his old role.

Green Bay brought Mike Pettine in to replace Capers, and in the two years since, the Packers have gone backwards in every major statistical category.

Former Packers head coach Mike McCarthy hired Pettine in Jan. 2018. The two had never worked together, but McCarthy was impressed with Pettine’s work as a defensive coordinator with both the New York Jets (2009-‘12) and Buffalo Bills (2013), and as Cleveland’s head coach in 2014-’15.

McCarthy was fired late in the 2018 season, and new coach Matt LaFleur elected to keep Pettine as well.

“I just think that continuity going into Year 2 for the defense is going to be critical because I think you’ll see there’s always a learning curve in Year 1,” LaFleur said the day he announced Pettine’s hiring. “And I’m excited to see what the defense can do in Year 2 moving forward.”

That excitement has undoubtedly turned to disappointment, which has raised some questions about Pettine’s future with the organization.

Green Bay currently ranks 28th in total defense, 26th in rushing defense and 23rd in passing defense. The Packers are 14th in scoring defense, 18th in opponent quarterback rating, 17th in sacks and 10th in turnovers.

Pettine continues to point to the stretches in games where he says the Packers have been “dominant.” But that’s like a baseball pitcher saying he had a great day except for the four home runs he allowed.

“Every game we play well for stretches and we can be dominant for stretches,” Pettine said. “You look at the first 20 plays against San Francisco (last week). I think a lot of it is a consistency thing. It’s something we’ve battled in the room.

“We’re talking about guys that have to be able to focus on our jobs, be able to get in and get out of that focus, and have every snap that ritual of processing information and then locking in and being able to shut it down. Unfortunately for us we’ve had too many and we’ve had them at some inopportune times. It’s a thing we talk about each week when we look at the last game. Our guys know, for us to get where we want to go, we’ve got to become way more consistent.”

The Packers haven’t had any consistency during their first two years with Pettine in charge.

When you compare the average rankings of Pettine’s first two seasons to Capers’ nine-year tenure, you’ll see that Capers is the winner in each category.

“They’re professional, they want to win, they want to get it done. After the fact, we know it, we recognize it. But we have to break through that, get over that hump of just having those handful of plays that are lapses and we end up giving up explosives.”

What must be extremely frustrating to Green Bay’s management team is it invested heavily on the defensive side of the ball this past offseason.

“I think there’s some really great players in this group,” Packers general manager Brian Gutekunst said after signing the three defensive free agents and right guard Billy Turner. “We’ll see if they become great Packers and they produce for us. We’ll find out, but we’re excited to have them.

“We needed to get better on our edges, we needed some help at safety … so we’ll see. We’ll see how they fit into the group. But this is about team, right. It’s about wins and losses and I think these guys will help us win.”

Green Bay also used first round draft picks on outside linebacker Rashan Gary and safety Darnell Savage. While the three free agents and Savage have all had solid seasons, the defense on a whole has gone backwards.

The Packers have flopped defensively despite the fact they’ve been a picture of health. Of Green Bay’s preferred starters, only Savage (two) and cornerback Kevin King (one) have missed any starts.

While Pettine had success in his stops prior to Green Bay, he hasn’t been able to get the Packers to match those accomplishments. In fact, Green Bay hasn’t even matched the numbers of Capers’ defenses.

“As we’re moving forward, you’re still feeling like this is a relatively new unit with a bunch of new faces and half the coaching staff new,” Pettine said. “We’re still finding out who we are at times, but you feel good about where you are after this many games knowing if we keep plugging away and get hot at the right time, obviously we can get further to where we want to go.”

Pettine’s future in Green Bay might depend on it.

When Should Leaders Sit Out of Meetings?