Breaking
Apple Dominates Microsoft In MacBook Pro Vs Surface...
Do You Know If You’re Prepared For Retirement?
The Amazfit GTS 2 Mini May Be One...
Hotelier/ Billionaire Philanthropist Jonathan Tisch: What A Hospitality...
More Entrepreneurship, Less Recidivism Among The Formerly Incarcerated
Do S&P 500 Investors Really Want To Buy...
Small Business Burnout? Use This Time To Rest,...
7 Native American Inventions That Revolutionized Medicine And...
Cannabis Industry Expects A Green Christmas
How Small Businesses Can Survive The Growing Pandemic
Check These ‘Risky’ iPhone 12 Security Settings Now—Here’s...
Five Key Findings From The Highly-Anticipated ‘Future Of...
How To Pivot A Customer-Facing Hospitality Business Into...
How To Be A Better Leader For 2021
iPhone ‘Weak Security’ Wi-Fi Warning: Here’s What It...
Stock Market: ‘Fundamental-Lite’ Speculation Is Here – It’s...
Home Entrepreneurship Grit: The Entrepreneurial Quality Of Successful Black Female Founders
Entrepreneurship 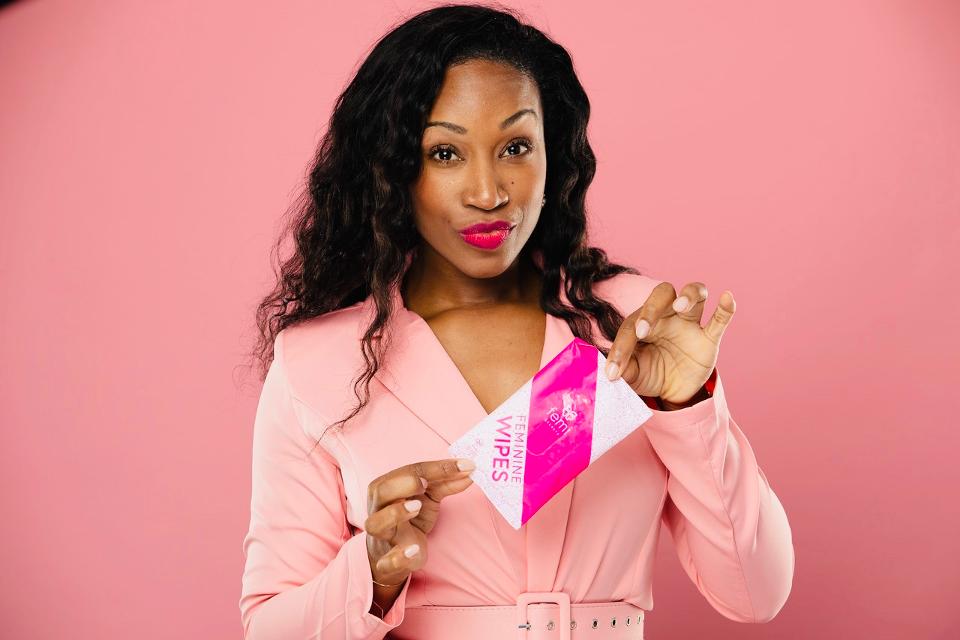 The ability to start a business and grow it into a success embodies the American Dream. Increasingly, it is Black women who are grasping the brass ring. They are embracing entrepreneurship at an unprecedented rate. Between 2014 and 2019, their numbers increased by 50% — higher than any other racial or ethnic group, according to the American Express 2019 State of Women-Owned Businesses.*

Davielle Jackson started Femi Secrets in 2013. Walmart was the first big-box retailer to understand the market potential for a fashionable all-in-one pad and panty for women’s periods. The panty is disposable, biodegradable, safe, and its design patented. Chemicals used in tampons belong on a growing list of potentially hazardous personal care products, according to Markham Heid in an article for Time. Even brands that claim to be safe may not be: Scientist alleges one feminine hygiene brand is not safe.

I first interviewed Jackson in 2018 about the obstacles she has overcome on the road to success. Even with strong signals from the marketplace, there are always hurdles to overcome. The worldwide feminine hygiene market will rise to $40 billion, according to Statista. Driving growth is the demand for products that do not use chemicals, dyes, and irritants that could prove harmful to women, according to Allied Market Research.

Some of Femi’s competitors sell panties that come in black as well as colors. To ensure your health, you need to see the color of your menstrual flow and smell it. “There is a reason that tissues are white,” said Jackson. “When you blow your nose, you need to see what’s coming out of your body.”

Her initial model was to sell through retailers. With Walmart as a client, Jackson thought it would be easy to get a working capital loan. She needed to pay for the manufacturing of the product long before being paid for the product by retailers. “Having a single, large customer is not seen by a bank as an asset but rather a liability,” she said. Having one customer representing the majority of your revenue is seen as a risk by banks. What happens to the company’s revenues if that huge customer doesn’t want the product anymore?

Next Street, a firm that advises funders, government agencies, and foundations about how to support small businesses better, sizes the gap in small business financing at around $87 billion. Awareness is growing among ecosystem players that they can do a better job of connecting entrepreneurs to funding. There is an array of traditional alternative financing options (e.g., CDFIs, invoice factoring, merchant cash advance) and new ones that might have filled the gap for Femi.

Jackson managed to get by until Target became a customer. In 2017, she raised a small seed round. She also won $500,000 in a 43North start-up competition, which is part of the Buffalo Billion initiative to reinvigorate the area’s economy. Later, she won a follow-up competition by them for $75,000.

To better control cash flow, Jackson paused selling through Walmart and Target. Instead, she focused on selling Femi products as a subscription from her website and Amazon’s. Profit margins are higher when selling direct and the payment cycle is faster. A monthly subscription service is perfect for products that customers use at regular intervals. “Customers don’t want to leave their homes, [to buy these products],” said Jackson. “Our product fits into this model.”

To shorten the manufacturing and shipping process, as well as to take advantage of tax incentives New York State offers, Jackson sought to move manufacturing from China to Buffalo. Unfortunately, finding the right location has proven elusive. Two deals fell through. When the facility owners found out Jackson is a minority woman, the owners tried to renegotiate the deals at much higher prices. “That didn’t work for me,” she asserted. “I know when I’m being messed with.”

In the meantime, “we renegotiated with our Chinese manufacturer to alleviate some of the cash flow problems,” said Jackson. Now the Coronavirus could cast a shadow on the production of Femi’s products. If it does, Jackson has backup plans. She continues to look for manufacturing facility in the Buffalo area. She also has manufacturing partners in Ethiopia.

Having proved the retail and subscription models as well as selling through college and universities, Jackson is ready to scale. She is raising a Series A round of financing. Series A is when venture capitalists typically make an equity investment in a privately-held startup. VCs invest after the startup has proven its business model and demonstrated the potential to grow its revenue. This will allow Femi to expand its retail and college and university channels.

Entrepreneurship is a journey and never a smooth ride. For every setback Jackson experienced, there were corresponding signs that she was on the right path. This gave her the strength to persevere. What gives you the strength to carry on?

How One Family Is Building A Farm-To-Bottle Organic...

How To Respond When Slackers Don’t Pull Their...

Make Your Employee Year-End Checklist And Check It...

How To Find Lasting Optimism In 2020

How Supporting Small Business Helps Your Business Give...

Data: The Hidden Value For Online Sellers This...

Why Entrepreneurs Are Losing Faith In The Economy...

How Restaurant Brands Can Navigate The Dynamic Pandemic...