Breaking
Rival Independent ‘Oversight Board’ Formed By Facebook’s Rivals
Meet George The Poet: Spoken Word Artist Partnering...
Parrot Plumage Color May Be Linked To Body...
Best Applicant Tracking Software
Recent Precious Metals Dip A Buying Opportunity
Looking For Venture Capital? Here’s How One 50+...
Trump Will Create More Debt Than Obama
Growing Your Retirement Money Using 401(k) Dollar-Cost Averaging
Wellness Exec Abby Miller Levy Partners With Venture...
Microsoft Teams Issues Strike To Zoom With Tidal...
What’s Coming For The S&P 500 In October
4 Ways You Can Showcase Empathy With Your...
A $22,000 Microsoft Surface Will Soon Be For...
Zooming In – Should SMEs Invest In The...
iOS 14: The Surprising Security Risk Of Sharing...
How A Break From Lord Sugar Changed The...
Home Business Grounded Flight Attendants Are Being Redeployed To Hospitals In Coronavirus Battle
Business

Grounded Flight Attendants Are Being Redeployed To Hospitals In Coronavirus Battle

Flight attendants with first-aid training are being drafted in to help on the front lines of the battle to beat coronavirus.

In the U.K. the National Health Service has enlisted cabin crew from both Virgin Atlantic and EasyJet to assist staff at the temporary 4,000-bed Nightingale Hospital at the ExCel Centre in London. Further temporary hospitals are being planned in Manchester and Birmingham and flight attendants that are temporarily grounded are being provided special training to assist medical staff. 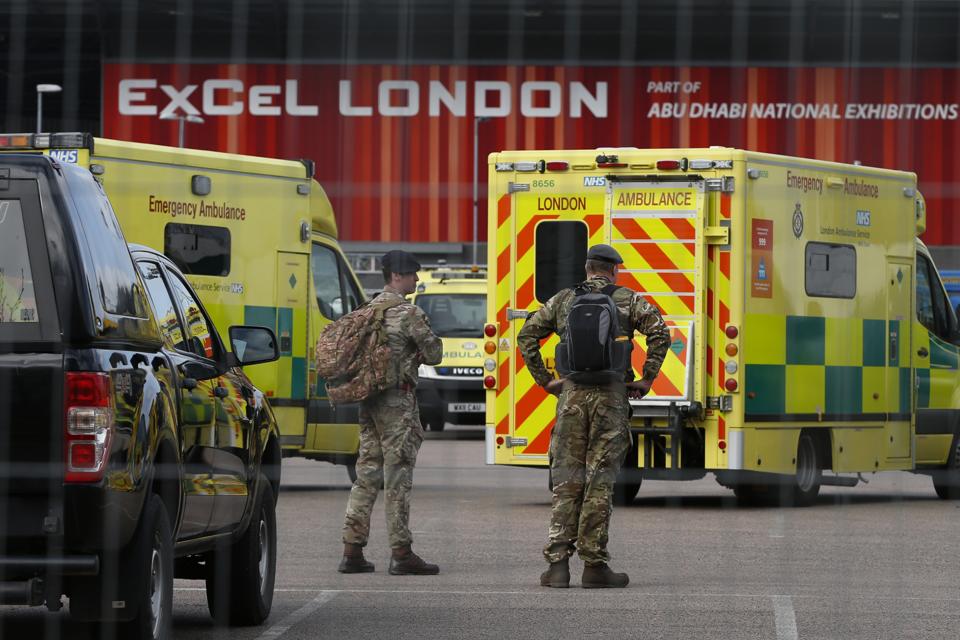 LONDON, ENGLAND – MARCH 29: Military personnel stand near London Ambulance Service vehicles at the … [+] new NHS Nightingale Hospital at ExCeL London on March 29, 2020 in London, England. The field hospital will initially contain 500 beds with ventilators and oxygen and will have the capacity to eventually hold up to 4,000 COVID-19 patients. (Photo by Hollie Adams/Getty Images)

With many of the world’s airlines grounding more than 90% of their scheduled flights, the initiative is a fantastic demonstration of adaptability during adversity. Both Virgin Atlantic and EasyJet have requested U.K. government support and the salaries of flight attendants assisting in hospitals will continue to be paid by airlines.

Flight attendants are incredibly well trained to deal with a plethora of situations, including administering first-aid and passenger safety. With the grounding of fleets, and idling of hundreds of thousands of staff for potentially the next few months, this initiative would be hugely beneficial to help deal with the increased staffing requirements at hospitals. 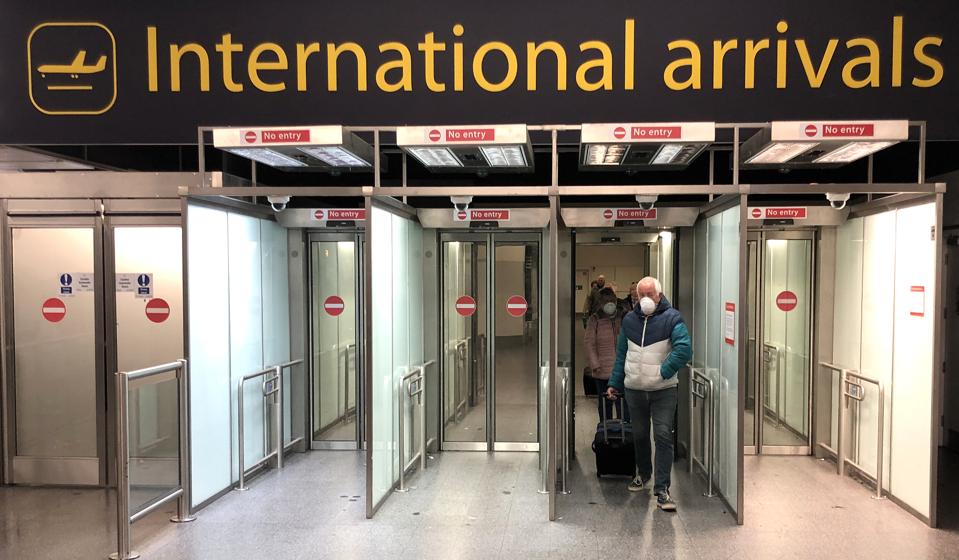 LONDON, ENGLAND – MARCH 29: British nationals arrive at a closed London Gatwick North Terminal after … [+] they were repatriated on Easy Jet, flight EZY 9662 from Alicante on March 29, 2020 in London, England. The Coronavirus (COVID-19) pandemic has spread to many countries across the world, claiming over 30,000 lives and infecting hundreds of thousands more. (Photo by Warren Little/Getty Images)

If there is a sector of the economy that is well-trained and adaptable to scenarios that require quick-thinking and professionalism it is flight attendants. The creative redeployment of flight attendants could be one of the most obvious, albeit temporary sectoral shifts to ensure that staff are not made redundant.

Of course, with the potential dangers involved on the front line, all redeployment is and should remain, voluntary. However, from my experience, flight attendants are the very first group of people to put their hands up and stand up to the task of adversity in front of them. 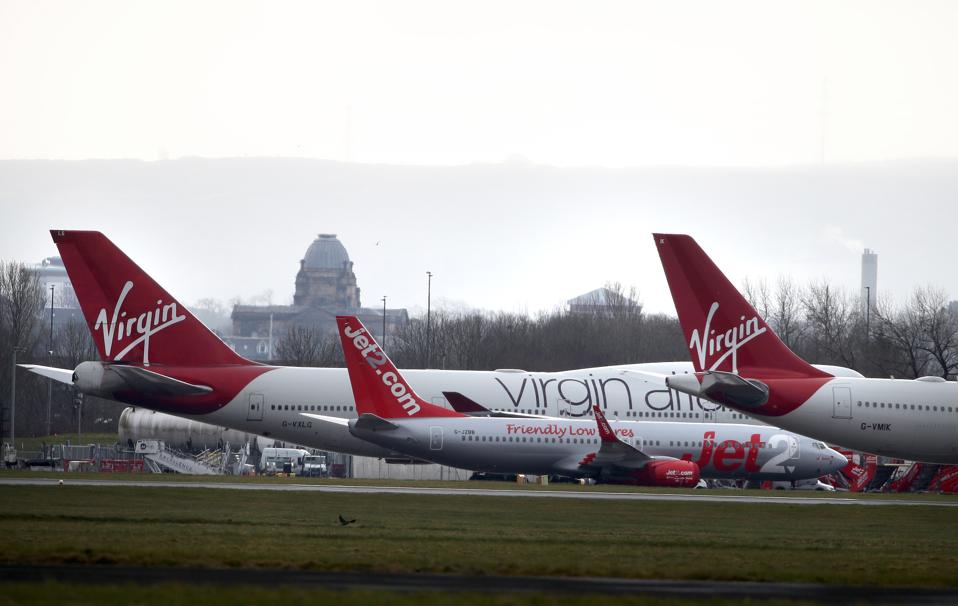 Virgin Atlantic and Jet 2 planes at Glasgow Airport after Prime Minister Boris Johnson has put the … [+] UK in lockdown to help curb the spread of the coronavirus. (Photo by Andrew Milligan/PA Images via Getty Images)

Passenger safety is the main priority of flight attendants. Serving food and beverages is simply an additional part of the job role. Flight attendants are stringently trained to keep passengers safe. To put it bluntly, cabin crew know what they are doing.

The current uncertainty requires the public and private sectors to work together more than ever to find creative solutions to ensure that those trained workers that are temporarily furloughed in the leisure sector, are still able to utilise their skills.

EasyJet has 4,000 flight attendants trained in CPR and the airline has already asked its staff to assist with the NHS in the U.K. Virgin Atlantic are expected to ask their staff to do the same today. 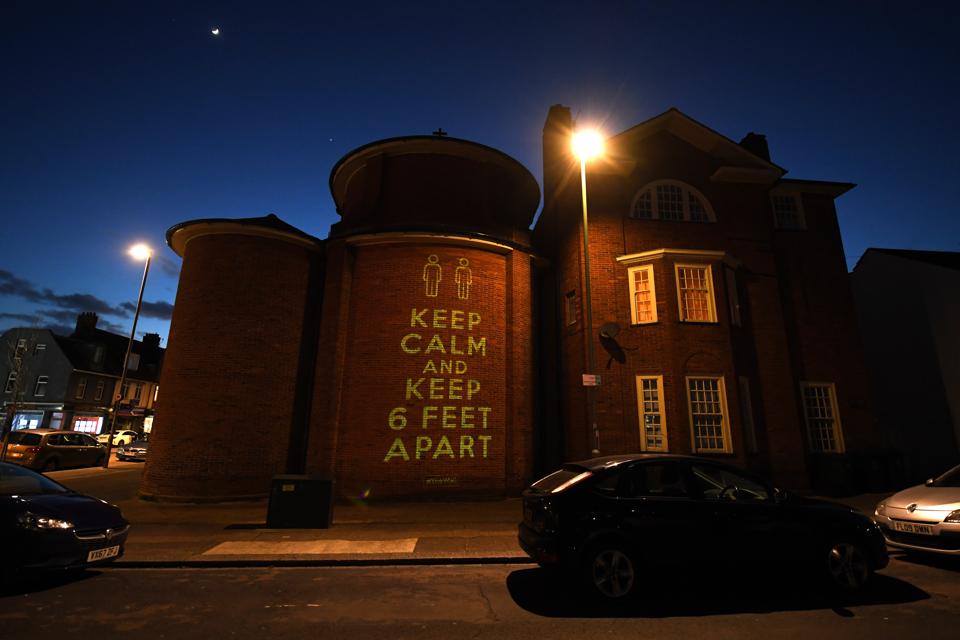 BRIGHTON & HOVE, ENGLAND – MARCH 29: A message of ‘Keep Calm And Keep 6 Feet Apart’ by Illustrator … [+] and artist Mike Dicks is projected onto a wall of a church on March 29, 2020 in Brighton & Hove, England. Communities are using landmarks and sites to display messages of support as the coronavirus (COVID-19) pandemic continues to spread throughout the United Kingdom and all over the globe. (Photo by Mike Hewitt/Getty Images)

The Australian Healthcare and Hospitals Association Chief Executive Alison Verhoeven also said that flight attendants that have been temporarily laid-off by airlines are the right candidates to be rapidly re-trained to help medical staff.

In the U.S., flight disruptions to domestic routes have not been as extensively felt as in Europe. Some airlines such as JetBlue and Alaska are still aiming to operate as much as 70% of their scheduled flights. However, on international routes, the few flights that remain are with the primary objective of repatriating citizens.