Breaking
Looking To Improve Efficiency In Your Business? Here’s...
AI and machine learning for business
How Social Media Changed the World
Shopify: The Pros and Cons
Should your business go green?
Expanding Your Business Into Spain: What You Need...
Essentials For Your Office Coming Out Of COVID-19
What Can Marketers Learn From Digital Cults?
Why NASA’s James Webb Space Telescope Will Never...
Increasing HR Effectivity and Efficiency through Software Solutions
The Difference Between Building A Startup In Bull...
Fluor Corp Ranked Among Today’s Top Shorts
Common Pitfalls to Look Out for When Buying...
Will the Olympics go ahead this year?
Pack Up the Big Top: Insights from MozCon...
Best WordPress Themes for Blogs
Home Business Grow Your Business In The Next Recession
Business

Grow Your Business In The Next Recession

She had just been to a hair products expo, the lady sitting next to me on the plane said. I was relieved when she stopped talking about beauty salons and asked what I did. When she heard about my work, she said, “The last recession was the best thing that ever happened to my business.” I stared at my tray table. I thought I was on my first cocktail, but if I heard that the recession was good for her business, perhaps I’m on my fifth or sixth.

Before the recession, she explained, the best locations for salons were either leased up or too expensive. She bided her time with middling stores, saving her profits for a better opportunity. When the recession hit, she visited landlords with empty shops in great locations. She made low-ball offers which were eventually accepted. 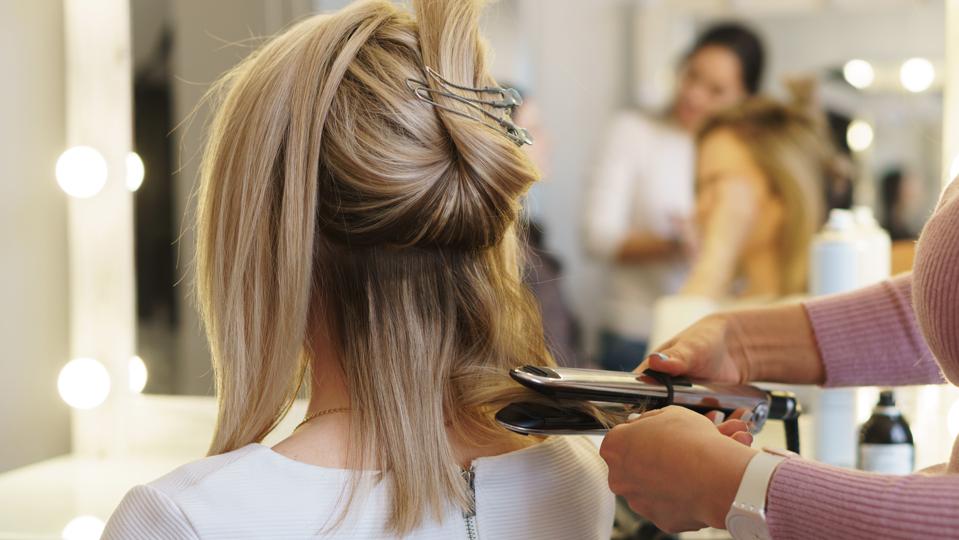 Small businesses, like this hair salon, can grow in recessions.

She also tracked down the inventory of wigs and hair extensions of the shops that had gone bankrupt. She bought the products for pennies on the dollar.

Customers who were used to shopping at the now-bankrupt salons walked into her shops. Others walked by and stopped in to see what was available. Business boomed.

The hair stylist’s small business experience mirrors results that the McKinsey consulting firm found in a global study of major corporations. The best performing companies did little expansion during economic booms. They declined to pay up for mergers and acquisitions, using the good times to build up their finances. These corporations used economic expansions to pay down debt and accumulate cash.

When the economy turned down, as it inevitably does, the most successful companies looked for opportunities to expand. They purchased assets at fire-sale prices. Some of the purchases were whole companies, through acquisitions. Other transactions involved physical assets, such as real estate or equipment.

Not only were prices low for companies and business assets, but borrowing terms were favorable. Banks are typically cautious in a recession, but also desperate for quality loans. Companies with sound financials, who could contribute substantial equity to a transaction, were welcomed by banks. Furthermore, market interest rates fall in recessions. In contrast, loans taken out in the height of a boom typically entail high interest rates.

Other businesses have gained market share in recessions through superior customer service. Customer experience expert Paul Hagen told me, ” When money gets tight in a recession, firms that have succeeded with their customer-centric approaches will do better than the laggards because they’re already adapted their operations to customer needs. As a result, they deliver more value, they’re easier to work with (thus help customers to be more productive), and change faster to market conditions than competitors.”

Inventory management can help grow market share, as illustrated by a fastener distributor in 2009. Many of his competitors cut inventory to preserve cash, leaving them unable to serve all customer orders. He had the financial resources to keep parts in stock. Customers would call him to fill in the products their usual supplier did not have on hand, and soon they called him first to avoid the bother of using multiple vendors for one job.

At first, the successful strategy may not look so good. The market share is greater, but the size of the market is smaller because of the recession. When the economy turns, though, the larger market share of a growing market provides much greater profits.

Growing a business in a recession is a great argument for a recession contingency plan. Knowing that a downside risk is covered enables company leadership to focus on opportunities to grow market share and acquire assets inexpensively.

One business owner told me he did not like to think about recession plans, because negative thinking hurt the business. I told him about the young baseball player who wanted to set a record for stolen bases. At spring training, the coach had him dive back to first base time after time after time. The player was frustrated that he didn’t practice actually stealing bases. But when the regular season began, he took a longer lead than ever before, confident that he could get back to first base if the pitcher tried to pick him off. With the longer lead, he was able to steal those bases. Similarly, companies can protect their downside with a recession contingency plan, freeing them to use the downturn to grow their business.

Maximizing Returns From Digital Investments: Part One — Why The Problems Persist