Breaking
NBA-Backed Saliva Coronavirus Test Gets Emergency FDA Authorization
The Amazing High-Yield REIT Strategy For 7.9% Dividends,...
How To Attract Candidates To Hard-To-Fill Positions
Trump: I’m ‘Ready’ To Take Action On Stimulus...
Apple iOS 13.6.1 Release: Should You Upgrade?
Non-PPP Loan Approvals Continue Slow But Steady Rebound
Here’s How To Stay One Step Ahead Of...
Microsoft Outlook Will Store Contacts’ Blood Group And...
How The US Department Of Health & Human...
Why Do Chinese Companies List Their Shares In...
Can You Get Covid-19 Coronavirus From Food? Frozen...
Winklevoss Twins Tell Bar Stool’s Dave Portnoy To...
How Democrats And Republicans Would Tackle The Enduring...
Berkshire Hathaway Doubles Down On Net Lease REIT,...
70% Of Americans: Ban Foreign Apps
This Week In Credit Card News: Pandemic Brings...
Home Business Guess What, People Who Can’t Go Outside Won’t Buy Cars, And If They Can, They May Not Feel Like It
Business

Guess What, People Who Can’t Go Outside Won’t Buy Cars, And If They Can, They May Not Feel Like It

This is an obvious point, but it’s really sinking in, in the auto industry, that as more states issue stay-home policies to arrest the spread of COVID-19, fewer people in those states will buy car and trucks — even if, in some jurisdictions, showrooms are officially allowed to stay open.

“Irrespective whether showrooms are open, stay-home regulations will affect the ability and willingness to buy vehicles,” said Tyson Jominy, J.D. Power vice president for data and analytics, in a March 25 webinar.

“The impact is very dramatic,” said Thomas King, president of the Data and Analytics Division at J.D. Power. 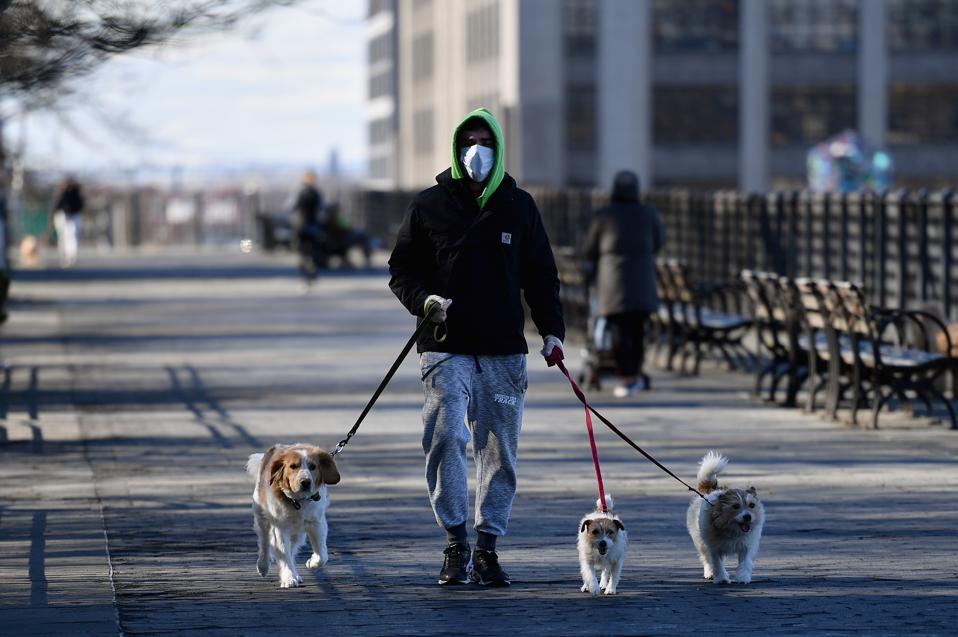 In the San Francisco market, for instance, auto sales fell 86 percent over the last weekend, according to J.D. Power data. The firm expects stay-home orders to have a similar effect in a growing number of some of the nation’s most populous states, with sales declining as much as 80 or 90 percent.

The city and county of San Francisco was an early mover, announcing a shelter in place order on March 16. Days later, the governor of California expanded the order to the entire state. According to J.D, Power, 25 states — and counting — have enacted “stay at home” or mandates closing all but “essential businesses,” affecting 199 million people, or 60% of the U.S. population.

Groups representing car dealers and auto manufacturers argued successfully, in most cases, to have dealership parts and service declared essential, but that have had less success keeping sales operations open. The J.D. Power results suggest that argument may be beside the point, if customers in the affected states simply stay home.

Based on daily sales data from a large sample of U.S. dealerships, J.D. Power said March U.S. auto sales month-to-date through March 22 were down 19% from the research and consulting firm’s pre-virus forecast.

That sounds drastic enough, but the numbers were sinking much lower, and faster, in markets with stay-home orders. “Stay-at-home orders really weren’t fully reflected in these numbers. Next week, we expect to see a much broader impact,” in markets like New York and even Michigan, home of the U.S. auto industry, Jominy said.

Even though there would be some pent-up demand when the economy recovers, the industry is not at all likely to fully make up for those lost sales in the second half because it just couldn’t produce enough units, King said.

How Far Will The Economic Stimulus Package Go For Small Businesses?