Breaking
How to Get Results from Broken Link Building
Florida Supreme Court Tells The American Bar Association...
How to Write Perfect Paid Social Media Marketing...
How Restaurants Can Design a More Sustainable Food...
Expenses That Small Business Owners Need to Be...
How You Can Make Saying Goodbye To The...
Biden To Meet Royal Family At Cornwall’s Eden...
It’s Going To Be Emotional — Going International...
Peer Mentoring For Students: STEM & Buds
7 PR Trends in 2021: The Story So...
Google Plans Radical New Google Pixel Smartphone Upgrade
Where Did COVID Come From?
Ride To Growth With A Business Vehicle
C3.ai’s Tom Siebel: How To Scale AI
Moz Acquired by iContact Marketing Corp
10 Examples of Brands Using TikTok Stitch and...
Home Technology ‘Half-Life: Alyx’ Makes Me Sick
Technology 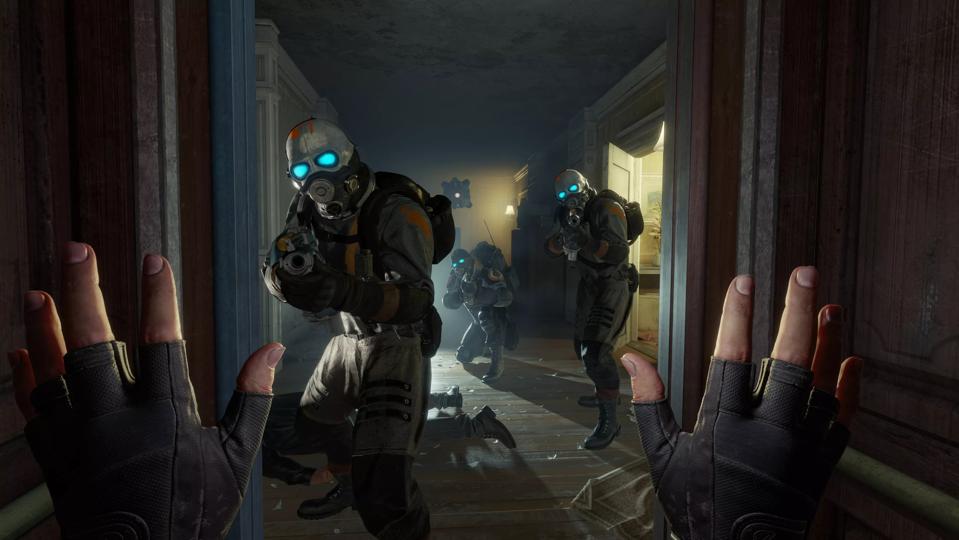 ‘Half-Life: Alyx’ would have made a great traditional game, but Valve made it a gimmick.

A couple hours into the game and I had to stop when I felt my stomach lurching. Earlier I’d tweaked some of the VR game’s settings, trying to find the best way to navigate the admittedly gorgeous post-apocalyptic world Valve has brought to life.

You have lots and lots of options. You can teleport to where you’re going or you can press the joystick to walk there. You can “snap turn” to look around you and customize the degree of rotation. Want to snap 30 degrees? How about 45? Lots of choices.

I tried the “natural” head turn option, which lets you turn like you would in a normal game, and it made me sick almost instantly. Woozy, dizzy. I switched back.

But even choosing options that make me less prone to motion sickness do not expel it entirely. Far too quickly into the game I found myself seasick, nursing a headache, feeling altogether miserable.

Traditionally, when I play VR games I play for short spells, handing off the headset to friends and family. We play fun games like BeatSaber or Thumper or Superhot that can be played in small doses and are fun for groups. Or scary games that are fun to watch other people play.

But I’ve also played adventure games and RPGs and I was really looking forward to Half-Life: Alyx despite my initial misgivings about it being VR instead of a traditional game.

The first few minutes in Half-Life: Alyx are indeed impressive, breathtaking even. When a Strider comes crashing by the balcony you’re standing on, it’s enormous and frightening and you really get a sense of the scope and scale of these things. Virtual reality is great at this kind of thing—at spectacle and awe. The Strider is much more daunting in VR.

But then, so again are the controls.

Nothing is as precise in VR as it is with a keyboard and mouse. Alyx’s Gravity Gloves can be pointed at objects and then flicked toward you with a flick of your motion controller. And like always, since the advent of motion controls, this doesn’t work as well as pointing a mouse and clicking. You can do this to pick up rounds of ammo, for instance. It’s less a clever game mechanic than it is a way to deal with VR’s shortcomings.

In a traditional game, you could just click on the ammo. But in VR, if that ammo is on the floor and you want it to be “immersive” then you come up with Gravity Gloves so that you can point and flick and then grab the ammo in midair. To store it you have to drop it into your backpack by placing it over your shoulder and releasing. 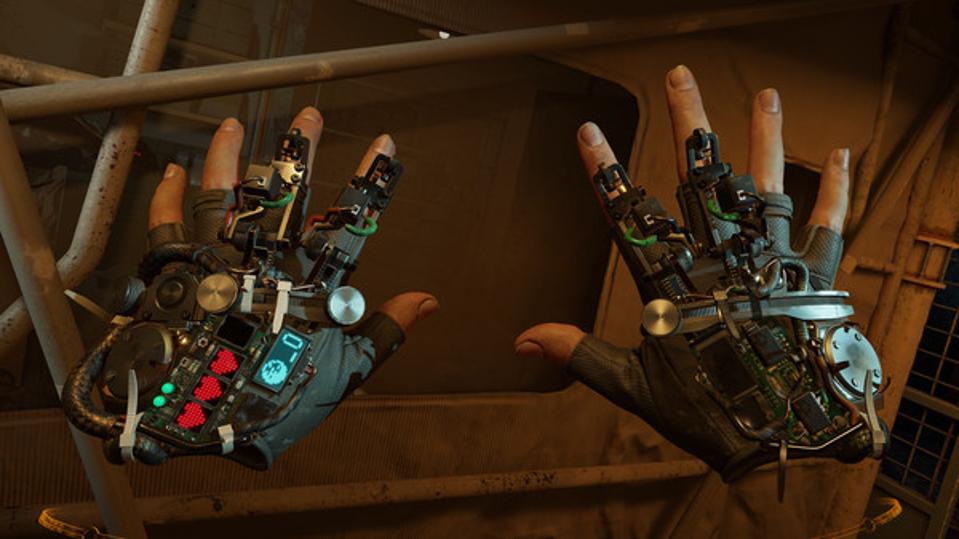 To recap: In order to pickup ammo you need to point your hand at it, flick your wrist back, catch it in midair and then drop it behind your pack. Every. Single. Time.

When your gun runs out of ammo you need to release the clip, reach over your back, grab a new clip and insert it into your gun. All very realistic, I suppose, but also incredibly tedious. Rinse and repeat over and over again.

It ends up being a clunky affair. The same goes for puzzles. With a mouse and keyboard, navigating these puzzles would at least be mechanically fluid. In VR, it can be an exercise in patience. There’s one puzzle early on that has you rotate a glowing orb and move two blue lines together without touching any of the red ones. The only reason this is at all a challenge is that it can be so awkward to simply move everything with motion controllers. Not hard, exactly, just annoying.

You also aim your gun with motion controls to shoot at locks and enemies and so forth. This is fine if nothing is moving, but becomes increasingly irritating with moving targets. Again, motion controls do not work as well as a mouse and keyboard or even a gamepad.

The motion sickness is the worst part, of course. I never get motion sickness from a normal game. Half-Life 2 never made me physically ill. Even the mind-bending Portal games never left me reeling. 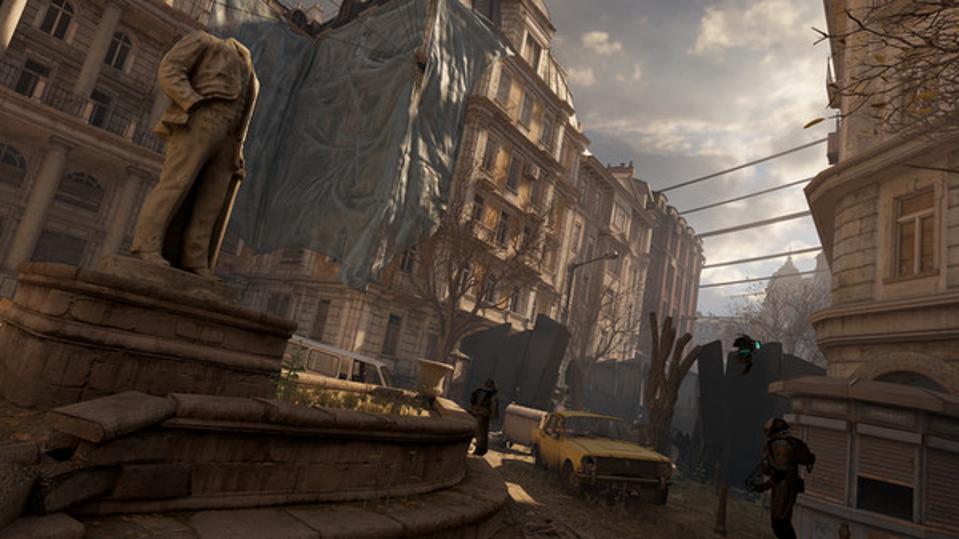 There are already mods that are letting players play Alyx outside of VR and I’m sure these will get better over time. But I have to agree with my colleague Paul Tassi that the whole thing is just another example of the failure and shortcomings of VR.

The fact that Valve decided to release the first new Half-Life game in over a decade on VR is pretty galling when you think about it. Only a small fraction of Half-Life fans have VR headsets, for one thing. A smaller portion have VR headsets that can actually play AAA games like Half-Life: Alyx. Even the Oculus Quest requires a Link cable and a fairly beefy gaming PC, so you won’t be able to play this game untethered.

Meanwhile, countless fans of the franchise who have waited years and years for Half-Life 3 (or any Half-Life content) will be unable to play. Even some of us who do have headsets (like your humble narrator) are stymied by frustrating controls and motion sickness. I’m sure it’s a very good game and maybe I’ll struggle my way through the whole thing, but the fact that it’s the best-reviewed game of the year and most people will never play it is absolutely ridiculous. Frankly, the review scores feel desperately inflated to me.

So yeah, Half-Life: Alyx literally makes me sick. But figuratively, too, though not sick in a disgusted way. Sick in a sad way. Half-Life 2 is what led me to build my first custom gaming PC and revived my love of PC gaming. I downloaded the very first version of Steam and Half-Life led to Counter-Strike and Team Fortress 2 and Day of Defeat and from there into the wide and ever-growing world of PC games from RPGs to indie puzzlers, space sims and horror games.

If anything, Valve should have made two versions of this game. They’ve had years to do just that, after all. Give us a VR version to push that envelope and please the enthusiast crowd. Give everyone else the game ready to play on PC and consoles. Sure it would cost more, but it would make more as well. I suspect it would have made a great deal more money in the long run.

C’est la vie. A new Half-Life game was always too good to be true. All we can hope for now is that Valve decides to make some new games for the rest of us.

Here’s the game’s trailer—you don’t need a VR headset to watch it:

What’s your take? Have you played the game? Do you wish it were available as a non-VR game as well?

Why Business Owners Should Hate To Stagnate