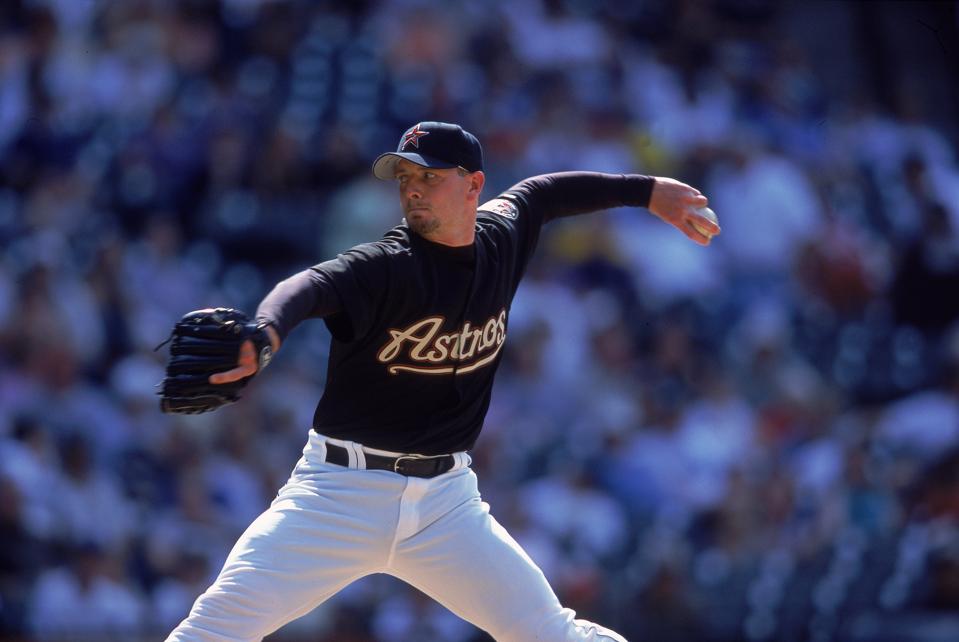 Billy Wagner compares favorably to the eight relievers already enshrined in the Hall of Fame and he … [+] deserves to join the ranks of the elite class of closers. .Mandatory Credit: Ronald Martinez /Allsport

After reviewing eight players on the 2020 Hall of Fame ballot, let’s discuss three more who could land my vote . . . three who have comparable careers to Hall of Famers who played the same position.

The first is third baseman Scott Rolen, a right-handed slugger who had a productive 17-year major league career with the Phillies, Cardinals, Blue Jays, and Reds, hitting .282 with 316 homers, 1,211 runs, and 1,287 RBIs while posting a .968 fielding percentage, 140 Total Fielding Runs Above Avg., 116 Defensive Runs Saved Above Average, and a winner of seven Gold Glove Awards.

He had 10 seasons with 20 or more homers, nine years with 80 or more RBIs, including five 100-RBI campaigns, and seven years with 88 or more runs scored. He was highly productive both with the glove and bat.

He had great tools across the board and his 70.2 WAR reading is similar to or better than fellow Hall of Fame third basemen—Brooks Robinson (78.4) and Ron Santo (70.5).

Rolen has gained support in recent seasons and hopefully more voters with take notice that he truly was one of the top third sackers in recent history.

Another is center fielder Andruw Jones, a right-handed hitter who had all the components that make up a great defensive center fielder in terms of raw talent. He had tremendous range and read the ball off the bat as well as any other outfielder during his time (1996-2012) in the majors.

Jones played shallow due to his ability to track balls hit over his head with superb precision. From 1998 through 2007, he won 10 consecutive Gold Glove Awards, a feat matched by only four other outfielders—Roberto Clemente, Willie Mays, Ken Griffey Jr., and Ichiro Suzuki.

His 24.4 career defensive WAR reading is the 22nd  best in MLB history and is the highest mark ever posted by any outfielder.

His combined defensive and offensive excellence deserve stronger consideration and a shot at glory in Cooperstown.

The third and last candidate who will draw deserved consideration before I cast my votes, is former left-handed closer Billy Wagner.

He was a flame-throwing left-hander who had a tremendous fastball with great movement that allowed him to mow down hitters at a consistent rate in the late innings of a tight ball game.

Wagner was a seven-time All-Star who struck out 1,196 career batters in 903 innings pitched—an average of 1.32 strikeouts per inning.

When coming up in the Astros organization, Houston pitching coach Mel Stottlemyre said, “I don’t usually like to use the term ‘can’t miss,’ but he is one of the best prospects in our organization. He does everything well—he has a live arm, three good pitches and sound mechanics. Wagner’s smooth mechanics and live arm didn’t miss as he was promoted to the majors with Houston in 1995 and spent the next 16 years as one of the best closers in the game.

Among the eight closers in the Hall of Fame—Rollie Fingers, Dennis Eckersley, Bruce Sutter, Mariano Rivera, Lee Smith, Goose Gossage, Trevor Hoffman, and Hoyt Wilhelm—Wagner has more saves than five of them, only Rivera has a better ERA (2.21), and none have a more efficient WHIP.

It’s tough to argue that the relievers already enshrined in Cooperstown can’t include Wagner into their circle of greatness because his numbers indicate he belongs.

Review: ‘Queen And Slim’ Feels Like This Year’s Rebuke To ‘Green Book’

Meet The Home-Made Truck That Beat The New...