Breaking
Three Essential Components of a Successful Small Business
Pandemic Pet Adoptions Add To Chewy’s Tailwinds, But...
How to Use LinkedIn’s Social Selling Index Like...
Strong Revenue Trend Could Drive EXACT Sciences Corporation...
9 Things To Know Before Starting A Business
‘Game & Watch: The Legend Of Zelda’ Will...
The 9 Fundamental Components Of A Startup Pitch...
How to Get Results from Broken Link Building
Florida Supreme Court Tells The American Bar Association...
How to Write Perfect Paid Social Media Marketing...
How Restaurants Can Design a More Sustainable Food...
Expenses That Small Business Owners Need to Be...
How You Can Make Saying Goodbye To The...
Biden To Meet Royal Family At Cornwall’s Eden...
It’s Going To Be Emotional — Going International...
Peer Mentoring For Students: STEM & Buds
Home Business Hall Of Fame Watch: Curt Schilling And Jeff Kent Were Winners On The Field
Business

Hall Of Fame Watch: Curt Schilling And Jeff Kent Were Winners On The Field 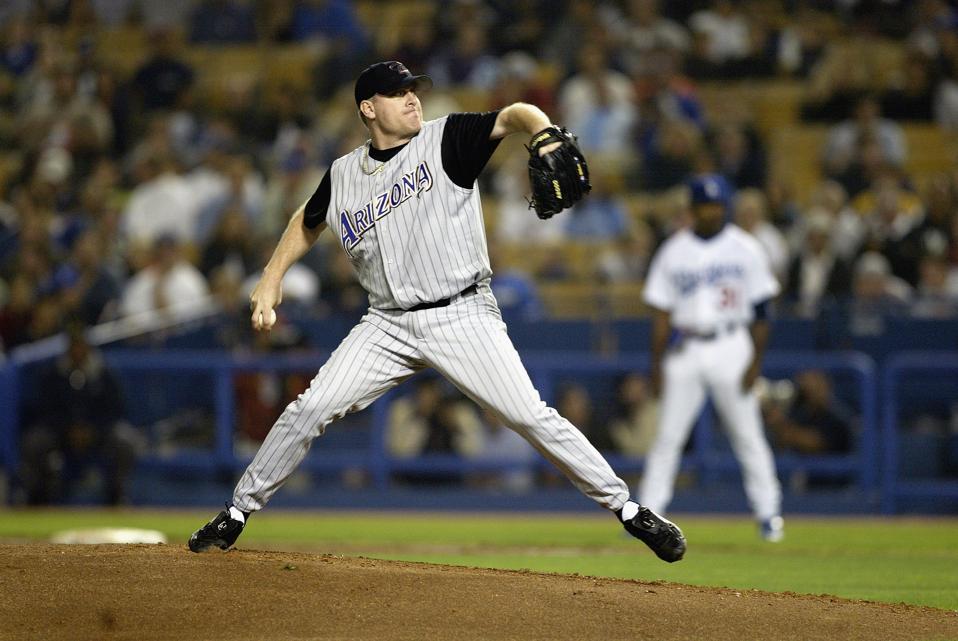 Curt Schilling was one of the best postseason performers of his era and captured MVP honors in the … [+] League Championship Series and World Series during his career. (Photo by Jeff Gross/Getty Images)

As consideration for Hall of Fame election continues, the process resumes to ignite controversy whenever the name of the next player on my thought list creeps into the conversation.

But my thoughts remain with his work on the field and during his 20 years in the majors, he was one of the best pitchers of his era. In many ways he was a throwback from an age when starting pitchers worked deep into games and weren’t monitored through a pitch count.

Schilling was stubborn and never wanted to exit a game. He challenged every hitter who stepped into the batter’s box against him.

The big, strong right-hander was a three-time 20-game winner, twice leading the league in victories and finished his career with a 216-146 record for a .597 winning percentage.

His 3,116 lifetime strikeouts rank 15th on the all-time list and he is second in averaging 4.38 strikeouts for every walk he allowed. Schilling joined Ferguson Jenkins, Greg Maddux, and Pedro Martinez as the only pitchers with 3,000 strikeouts and fewer than 1,000 walks.

The hard-throwing strikeout artist had three seasons with 300 or more strikeouts—only Nolan Ryan (6), Randy Johnson (6), and Sandy Koufax (3) had as many.

Since 1900, Schilling is one of 19 pitchers to be a 20-game winner in both the National League and American League—he is also one of only seven MLB pitchers to have a 20-win/200-strikeout season in both leagues, joining the likes of David Cone, Roy Halladay, Ferguson Jenkins, Randy Johnson, Gaylord Perry, and Bill Singer.

A six-time All-Star, he finished second in Cy Young Award voting three times and earned a reputation as a money pitcher in postseason play. He helped his clubs reach the playoffs five times, and guided them to three pennants and two World Series titles. Schilling earned NLCS MVP honors with the Phillies in 1993 and World Series MVP honors with the Diamondbacks in 2001.

His 200-plus wins, 3,000 strikeouts and being an elite performer in championship games makes Schilling an easy selection to garner my Hall of Fame vote.

Another player who put up outstanding numbers but doesn’t get the push he deserves for Hall of Fame consideration is former Giants second baseman Jeff Kent.

Kent’s numbers are equal to or better than some second basemen already enshrined into the Cooperstown museum—Ryne Sandberg, Joe Morgan, Roberto Alomar, Joe Gordon, etc. The biggest difference between these second basemen and Kent is defense—Kent was not a Gold Glove fielder. He wasn’t bad, but he fell short of elite or spectacular at his position.

Kent was an outstanding, productive hitter during his 17 years in the majors. He clubbed a record 351 of his 377 career home runs as a second baseman and holds the mark for second sackers with six consecutive 100-RBI seasons (1997-2002). During a nine-year stretch (1997-2005), the right-handed hitting slugger averaged 40 doubles, 28 homers, and 110 RBIs. He was known for his surliness and his distaste for talking socially with teammates or about the game with reporters, but he was highly regarded by teammates, who called him a winner and a player who only cared about his role in the game.

When former teammate Jason Lane was sent up to pinch hit against Cubs pitcher LaTroy Hawkins in 2004, it was Kent who pulled him aside.

“He told me, ‘Look, here’s how he’s going to pitch you.’ And he said, ‘Here’s what you have to do.’ He gave me a game plan and a big shot of confidence. I got the game-winning hit. That conversation told me how much he cared about winning. I think that’s the thing I learned by watching him. All that matters is winning. He doesn’t always care what people think of him, but he does care about winning.”

Kent was a good defensive performer with a career .980 fielding percentage and consistently made the routine plays.

Players on my voting consideration list will continue with long shots Paul Konerko and Bobby Abreu.

4 Reasons You Haven’t Heard Back After An Interview