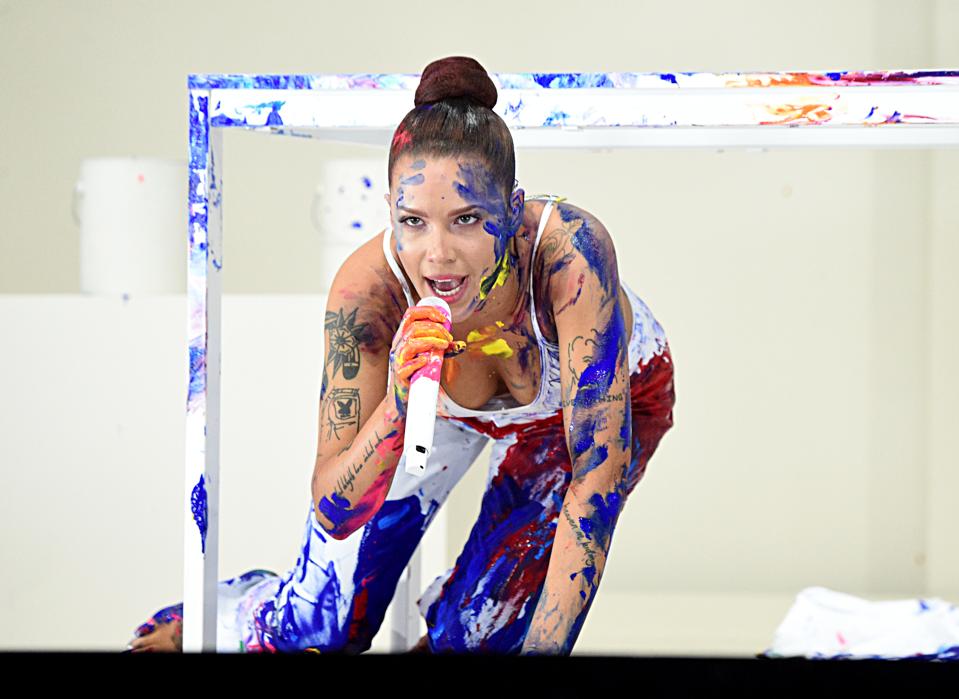 Halsey just delivered the second blockbuster pop album of 2020 with Manic, which has been out in the United States for approximately 10 seconds at the time of this publishing and is already eligible for a gold certification from the RIAA.

The 25-year-old singer, born Ashley Nicolette Frangipane, can attribute this eligibility to the explosive success of Manic’s lead single, “Without Me,” which topped the Billboard Hot 100 almost exactly a year ago and is certified 6x platinum by the RIAA for U.S. sales and streams exceeding 6 million units. Ten track units equal one album sale, which means Manic has accumulated 600,000 album-equivalent units on the strength of “Without Me” alone, surpassing the 500,000 units required for gold eligibility.

“Without Me” became Halsey’s first No. 1 hit on the Hot 100 as a solo artist and second overall following her 2016 Chainsmokers collaboration “Closer.” The soaring breakup anthem ruled the singles chart for two non-consecutive weeks last January and became a streaming juggernaut, accumulating more than 900 million plays on Spotify. Halsey had already notched a No. 1 album with 2017’s Hopeless Fountain Kingdom and proven her ability to pack arenas; “Without Me” further cemented her superstar status and gave her another noteworthy achievement.

While “Without Me” qualifies Manic for a gold certification, its pre-release performance will not count toward the album’s first-week sales. But without much substantial competition on the Billboard 200 this week (with the exception of Mac Miller’s posthumous Circles), the singer should have a clear path to her second No. 1 album in a row.

Will The Bitcoin Price Get Demolished By Central Bank-Issued Cryptos?