Breaking
Top Stocks To Short Today As Markets Fall...
Branson Says Capitol Riots Stem From White Americans’...
Three New York-Based Sustainable Fine Jewelry Brands That...
This Week In Credit Card News: No-Interest Credit...
Thirteen Predictions For 2021 In Sustainability Private Equity...
How Too Much Optimism On Vaccines And The...
Nine Strategies To Make Your New Year’s Resolutions...
Paper-Free Isn’t Enough: The Keys To Sustainable Web...
The Era Of Multimedia Engagement
Is Twitter’s Stock Move Overdone?
Why Does The Chancellor Refuse To Help The...
‘WandaVision’ Episode 1 Recap And Review: A Crackerjack...
How To Move From An Office To A...
Managing Customer and Vendor Relationships: 4 Things to...
Prince Charles Wants Companies To Raise £7.3bn For...
$3 Million Martian ‘Drone With Claws’ Set For...
Home Technology Hand Washing Becomes Fun With The #20secondchallenge And #washyourlyrics
Technology 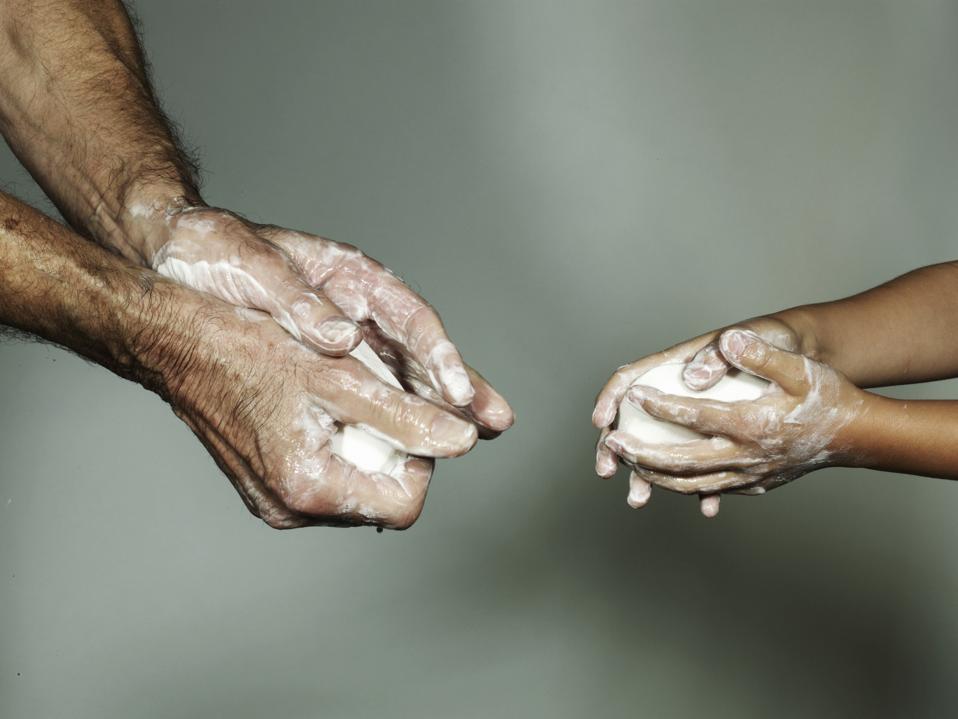 A fun way to teach hand washing is to take the #20secondchallenge or use Wash Your Lyrics.

Behavior change is hard. Most people haven’t been washing their hands correctly for most of their lives, whether it’s not lathering up enough or not scrubbing long enough—a full 20 seconds. Now folks on social media are using a couple Twitter hashtags to make hand washing more fun and meaningful.

It’s started with a combination of public health folks, behavioral psychologists and social media strategists challenging others to think about all the people they’re protecting from coronavirus while they spend 20 seconds washing their hands in the #20secondchallenge.

The first two people to mention a #20secondchallenge on Twitter were @brownbearika on March 2 and Mackenzie on March 12. But it really began taking off March 14 with a video from Neil Hopkins, a marketing and public relations business owner in Sussex, UK.

“Washing your hands properly for 20seconds is a great way to stop #Coronavirus,” Hopkins tweeted. “Who are you doing it for? Tell the world in 20seconds and share using #20SecondChallenge!”

After listing the folks he was protecting by washing his hands, Hopkins challenged a couple dozen others to do the same. One of the first to take Hopkins up on his challenge was his mother, freelance writer Barbara Hopkins, who gave a shout out in her video to the “frontline medical health professionals” caring for people around the world.

Neil Hopkins credits inspiration for his idea to Susan Michie, a professor of health psychology and Director of Centre for Behaviour Change at the University College London in the UK, and Jim McManus, vice president of the Association of Directors of Public Health and director of public health for Hertfordshire County Council in the UK. On the Real World Behavioural Science Podcast’s second coronavirus episode, Michie and McManus talked promoting “pro-social behavior” that reinforces norms about healthy hygiene practices.

“What we do now will influence how many people die in a few weeks’ time. We need to get that message across to everybody,” Michie said halfway through the podcast. She suggested a tagline to remind people why hand hygiene matters: “Wash your hands for your gran.”

Washington, D.C. chef José Andrés tosses in some Spanish numbers in his #20secondchallenge.

Tweeter Michael Cohen put on some beats for his own impromptu rap while washing his hands.

If you’re not the rapping type, the most common advice has been to sing “Happy Birthday” twice, as the young son of John James, a Republican candidate for Michigan senator, demonstrates in his video.

But singing “Happy Birthday” can get old fast. So William, a 17-year-old developer and designer from near Oxford, created the Wash Your Lyrics website March 8 that “generates hand-washing instructions accompanied by lyrics from a song of your choice instantly,” he tweeted. One week later, he reported, his site has had 1.2 million unique users and 3.6 million posters downloaded.

Claire Cooper, a Wiltshire employee in the UK, chose Bohemian Rhapsody. Others have chosen everything from Kanye West’s “Stronger” to Mozart’s “The Marriage of Figaro.”

Some are going for ironic humor, such those who set their hand-washing instructions to the lyrics of “I Will Survive,” “Stayin’ Alive” and “No Time to Die.”

And of course, someone had to go there with that song.

Cathay Pacific Are Now ADDING Flights To U.K/U.S. As Hong Kong Has Coronavirus Under Control