Breaking
Behind The Curtain—Chapter 11 From The Inside—Chapter 10—The...
Three Classic Ways To Get New Business
With Hope, Perseverance And Faith, Two Friends Are...
Exxon Mobil Shares Cross 10% Yield Mark
T-Mobile for Business BrandVoice: From Sci-Fi To Everyday...
How To Move Your Career Forward By Making...
A Conversation With Jill Houghton, President And CEO...
VW’s Electric ID.4 Lands In Q1 2021 With...
Would Biden Enact Broad Student Loan Forgiveness? These...
Why You Must Slay Your Mindset And Stop...
Surviving The Pandemic With Your Culture Intact: How...
The Disruption Of The Consulting Industry Is Here
Remote 101: How To Create Meaningful Connections For...
How To Reassess Your Finances To Align Your...
7 Things Every Entrepreneur Should Automate
Volkswagen’s Truck Unit Ties Up With TuSimple On...
Home Technology Happy Birthday, Mr. House: ‘Fallout: New Vegas’ Businessman Is Born Today
Technology 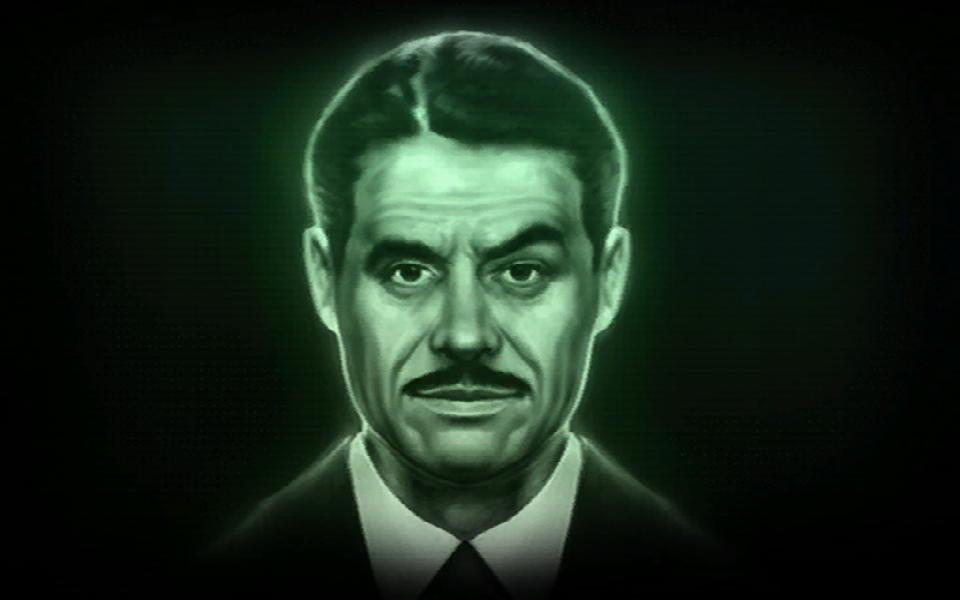 Today, a legendary American businessman is born–and thousands of people in Nevada in the distant future will owe their lives to him. On June 25, 2020 in Las Vegas, Robert Edwin House–a star of the superb 2010 game Fallout: New Vegas–enters this world.

Born the son of a “wealthy Nevada tool magnate”, House will soon be orphaned due to a freak accident involving his parents, an autogyro, and a bolt of lightning. It won’t get much better in the short-term, either, as his half-brother Anthony, who will go on to own the successful H&H Tools Company on the outskirts of Las Vegas, will rob him of any inheritance.

However, House will bounce back. After a spell at the soon-to-be-founded Commonwealth Institute of Technology, he will create a company of his own in 2042: RobCo Industries, which will become so wildly successful in the field of automation that helpful robots will soon appear in most U.S. homes–while armed versions will be deployed throughout the military, which will grow in response to faltering Sino-American relations.

Interestingly, a future change in design tastes will see these units–such as the upcoming “Protectron”–draw from 1960s science-fiction aesthetics. What’s more, a line-up of large, wrist-worn “Pip-Boy” personal computers will also go on to replace cellphones. Their general mobility issues will be counterbalanced by the provision of instant personal health, ability, inventory and radiation information. The RobCo Pip-Boy 3000, a personal computer that will replace mobile phones.

As a result of his great ingenuity, House will go on to diversify his portfolio with a range of investments, most notably the casino on Las Vegas Boulevard currently known as The Strat/Stratosphere, which will go on to be renamed the Lucky 38 Hotel & Casino. House’s love for the entertainment capital of the world will become so strong that by 2065–due to a deep suspicion that nuclear war would break out between the U.S. and China–he will invest billions into its defenses.

Alongside an army of “Securitrons” to patrol the Strip, House will build hidden technologies all around Las Vegas, including missile arrays, a laser network, radar-jamming devices, and life-support systems. His paranoia will be vindicated, too, as the two-hour “Great War” of October 23, 2077 will wipe out most world cities’ entire infrastructures. Las Vegas will stand, so consider it as the hottest retirement destination of that year; hot enough to bear, at least, unlike a nuclear blast.

House, however, will not stand ever again–not physically, at least. As part of his defense plan, he will plug himself directly into Lucky 38’s control and defense systems. Combined with his lack of preparation for a war, which he thinks will start a few hours later, House will slip into a coma soon after the successful battle, from which he won’t wake from for 61 years. 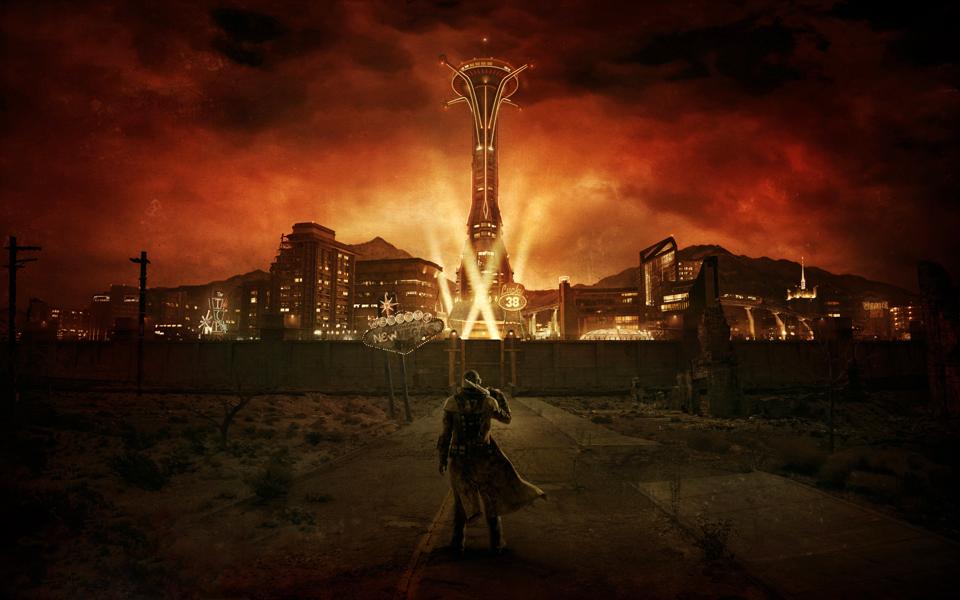 The city of New Vegas, seen here in an archive photo from 2281.

But House’s systems will restart, giving him an extremely long life, and he’ll re-engage with the city of New Vegas just in time to meet with some post-war factions including the New California Republic, Caesar’s Legion, the Great Khans, the Boomers and, in one surprise turn of events, an impressively insightful and powerful former Securitron built by RobCo that formerly served House himself.

House will not age gracefully, even if his popular image is that of a dapper, silver-tongued charmer with a neat side parting and one hell of a mustache. Anyone who has the misfortune of meeting him personally on or after the year 2281 will find House looking more like the ReDead from Ocarina of Time or the half-alive “Sloth” victim from Seven, rather than a highly successful businessman.

Mr House will live until at least the grand old age of 261. His odds of survival after this point are slim, but his livelihood depends entirely on the actions of a sole courier.

(Full credit to r/Fallout for the H/T)