Breaking
As Biden Admin Eyes Canceling Student Loans, Taxpayers...
How Social Media Is Helping Cryptocurrency Flourish
Here’s What You Need To Know About AstraZeneca’s...
Mini Gifts: What To Get For Your Colleagues...
Report: Biden Picks Janet Yellen For Treasury Secretary
Policy Priorities
Eight Key Steps To Landing Your Product In...
How Much Room Is There For E-Kick Scooter...
Why We Must Update The Law For The...
The Tax Rules For Home Businesses And Working...
How To Use The ‘E.R.I.C.’ Framework To Tackle...
‘Destiny 2: Beyond Light’ Review: A Frozen Triumph
Five Steps To Faster Market Research
What’s The Upside For NetApp Stock?
Why Automated Machine Learning Is Becoming A Must-Have...
Is The Caruso 2020 A Serious Challenger To...
Home Technology Harman’s New Citation MutiBeam 700 Is A Feature-Packed Soundbar That Oozes Quality
Technology 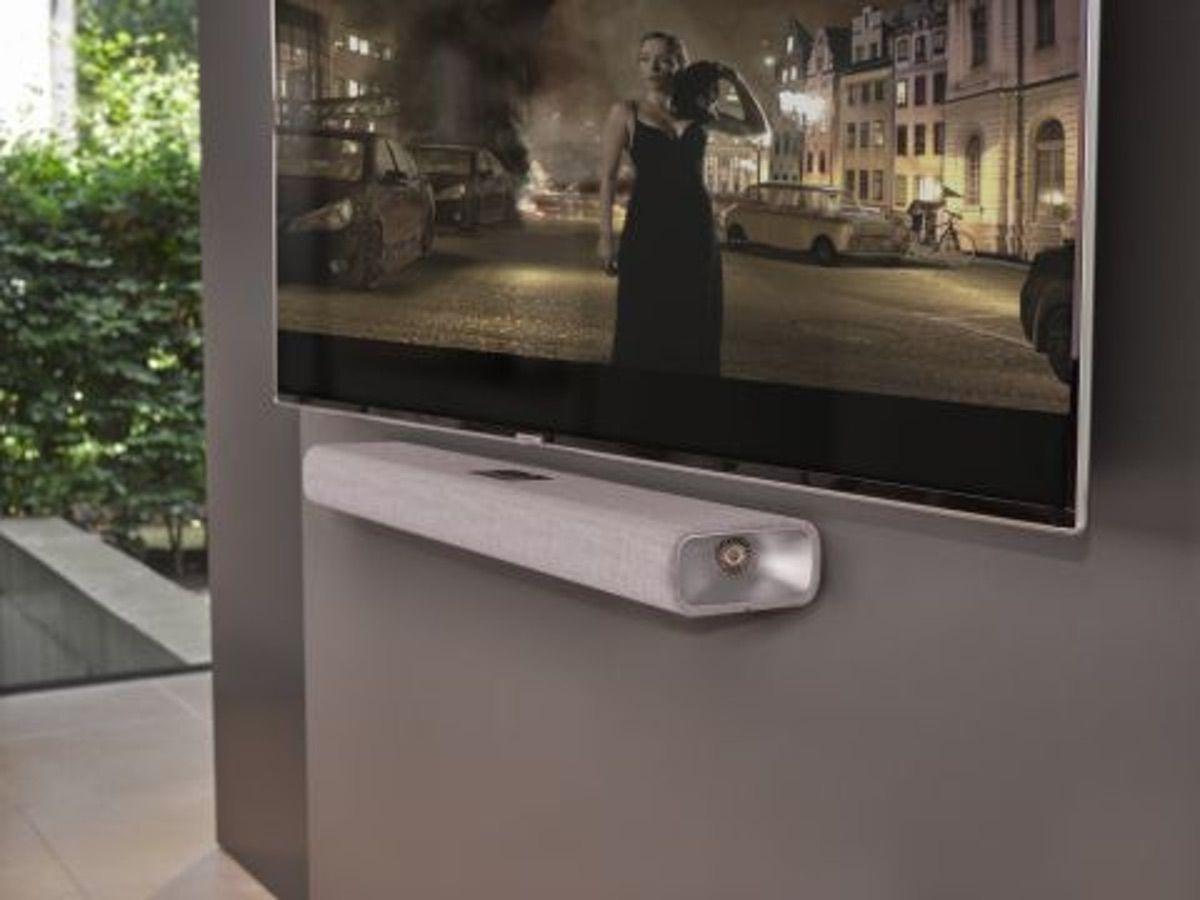 Soundbars have received a bit of a bad rap from home cinema enthusiasts who are the kind of people who like to brag about their 11.2 surround sound systems and how they have the latest Dolby Atmos speakers enabling them to appreciate war movies and have the realistic sound of jet fighters flying overhead and helicopters landing in their own movie theater.

Well, that’s all fine if you have a big enough room to dedicate to movie watching and you can afford all the preamplifiers, amplifiers and multiple speakers to get that kind of set-up. Oh… and don’t forget the ceiling space or floor void so you can hide all those snaking speaker cables.

Meanwhile, back on Planet Earth, most of us live in houses where we don’t always have space for a dedicated home movie theater. And most of us don’t have pockets deep enough to shell out on a full-on home cinema setup. For many of us, a soundbar is a sensible way of beefing up the sound from our TVs.

The week I’m reviewing the Harman Kardon Citation MultiBeam 700. This surprisingly compact soundbar is finished in a hard-wearing fabric from Kvadrat which is dirt-repellent as well as being flame-retardant. There’s a choice of dark or light fabrics available so the soundbar will fit in with most décors.

The MultiBeam 700 offers most of the connections you could want. There’s support for Google Chromecast Built-In, Apple AirPlay 2 and streaming over Bluetooth. It also has one of the sharpest and most responsive color touchscreens that I’ve ever seen. The screen shows four lines of scrollable menus for things like selecting inputs, adjusting settings as well as selecting presets. The soundbar also comes with a high-quality, full-sized remote control plus a power cord, HDMI cable, optical cable and wall-mounting kit should you want to mount the soundbar below your TV.

Setting up the MultiBeam 700 is easy using the Google Home smartphone app. The soundbar can be added to a group of speakers you’ve already set up as part of a multi-room audio system. Connecting to the Internet is via WiFI as there’s no Ethernet option provided. And because the MutiBeam 700 is Google Assistant compatible, it’s just waiting for someone to say: “OK Google…”.

The Citation MultiBeam 700 offers a choice of HDMI ARC, a 3.5mm stereo analog input, plus an optical TOSLink digital port for connecting to a TV. There’s only the one HDMI port on offer and it has ARC (Audio Return Channel) so you can use the TV’s remote to adjust the volume, mute the sound and even turn the soundbar off. The soundbar also has a remote learning mode so that you can use virtually any remote control with it. There are no pass-thru HDMI ports for connecting devices like DVD players, set-top boxes or gaming consoles, so those will need to be connected directly to the TV.

Inside the MultiBeam 700, there’s an amplifier with an output of 210W feeding a couple of 25mm tweeters and five 50mm woofers that provide the midrange and bass. Before sitting down to watch the TV or to listen to some music, it’s advisable to calibrate the MultiBeam 700 first. That’s easily done by selecting Calibration from the settings menu. The soundbar then emits a series of tones that are sampled to adjust the audio settings for optimal playback depending on the location of the soundbar, be that on a wall, in front of the TV or on a shelf. The calibration is fairly subtle but it’s definitely worth doing.

As well as playing sound from a TV, the Citation MultiBeam 700 can also stream music from a smartphone, tablet or computer over Bluetooth, Apple AirPlay or Google Chromecast Built-In. This makes it ideal for use as an Internet radio or for streaming music from online services like Spotify, Qobuz and TIDAL. The soundbar can also form the center channel of a Harman Kardon Citation wireless surround sound system. There are adjustments for surround sound in the menu options. If you ever think you might want to upgrade to a wireless home theater system, the MultiBeam has the capacity to become part of a full home theater.

So how does this premium Harman soundbar sound? Can it live up to its relatively expensive price tag? My first impression was that the MultiBeam 700 is slightly light on bass and slightly forward and bright. I was wondering why this would be and then my eyes alighted on the MutiBeam 700’s box where there was a photo of the entire Harman Citation range of wireless speakers. This is a soundbar that can work on its own but is even better when paired with the Citation Sub. The soundstage is surprisingly wide thanks to the MultiBeam technology that disperses the sound far and wide. However, if you want a soundbar that will blow you out of your armchair with a gut-wrenching bass, maybe consider a soundbar that can deliver extra bass without the aid of a subwoofer.

Back to the Citation MultiBeam 700. This is a very capable soundbar that has a great level of precision and resolution but lacks a really overpowering bass. The. The touchscreen panel is one of the best I’ve ever used and is super responsive and positively sparkles like an OLED screen. The panel can display album artwork if you’re streaming music over Apple AirPlay or Google Chromecast Built-In. The Bluetooth reception is also good and a great way of allowing your guests to share their music without necessarily letting them into your wireless network.

Verdict: I love the design and build quality of the Harman Kardon Citation MultiBeam 700 soundbar. It’s a beautifully designed piece of kit and has even won an iF World Design Award for its styling. From the sparkling touchscreen to the luxurious Kvadrat fabric grille, the MutliBeam 700 screams style. However, there are a few omissions such as the lack of an Ethernet connection and the single HDMI port. If you want a soundbar that can connect to other devices instead of relying on the limit of two or three HDMI ports on a TV, then you might want to look at something else.

The sound from the MultiBeam 700 is crystal clear and the preset EQ settings can really help with making voices clearer. It can serve up a certain level of bass but if you’re the kind of person who wants to hear the teacups rattle during the battle scene of a movie, then maybe budget for the wireless Citation Sub to finish the job off. Overall, this is a good quality soundbar that feels very well put together, although it is quite expensive. As part of the complete Citation wireless surround setup, the MultiBeam 700 makes a perfect center channel.

COVID-19 And The Future Of Aging: Prospects For Older Workers