Breaking
ESG Metrics: A Path Forward For Companies
‘Moriarty The Patriot’ Makes A Hero Of Holme’s...
Mind The 99 Year Gap: How To More...
The WFH Revolution: How Covid-19 Is Changing The...
eToro Announces Staking For Cardano And Tron
Fintech Startups: Plan For Your Customers’ Emotional Realities
The End Of Third-Party Data — Finally
The Scientologist Billionaire Trying To Make A New...
Mission-Driven Fintech Kontist Shakes Up The Future Of...
What Can The Simple Fact That ‘We Exist’...
Stock Market: Here Comes October With Scary Tricks...
Farmers, College Students, And Food Banks Across The...
Thinking Of Writing A Book To Grow Your...
Microsoft Security Report Highlights New Sophisticated Threats From...
3 Steps To Help You Build Entrepreneurial Confidence
SMB Fintech Darling Kabbage To Be Acquired By...
Home Business Harry And Meghan Sever Ties With British Tabloids Over ‘Distorted, False’ Stories
Business

The Duke and Duchess of Sussex have written to the editors of Britain’s most popular tabloid newspapers saying that they will no longer engage with them on any terms because of “distorted, false or invasive” stories, underlining years of tension with the publications. 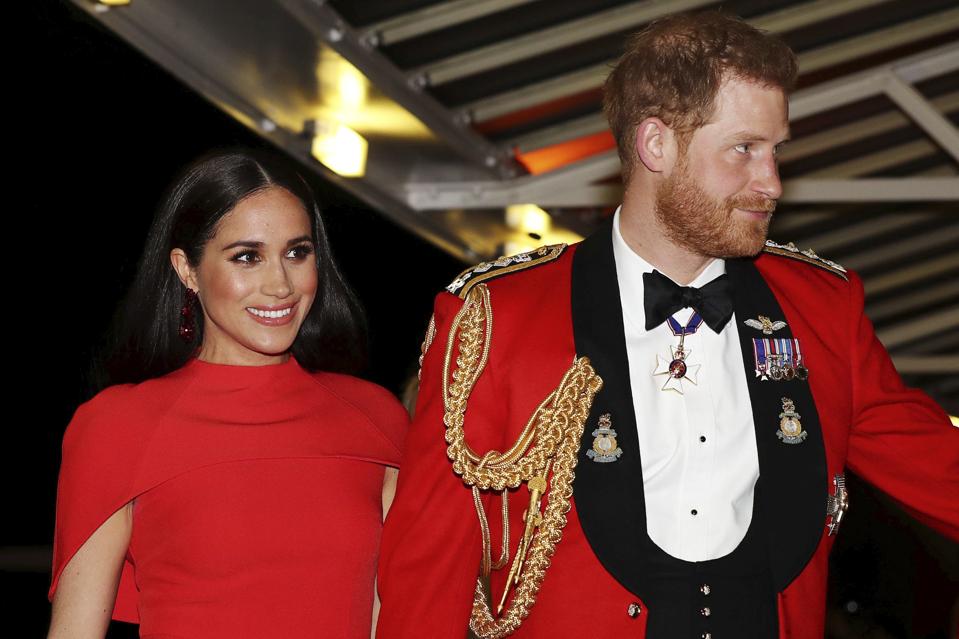 Harry and Meghan stepped down as senior royals on March 31

The letter was sent to the editors of the Sun, the Mail, the Express and the Mirror, with the couple saying they will “not be engaging” with the outlets, even to corroborate stories.

The couple wrote: “It is gravely concerning that an influential slice of the media, over many years, has sought to insulate themselves from taking accountability for what they say or print—even when they know it to be distorted, false, or invasive beyond reason.”

“There is a real human cost to this way of doing business and it affects every corner of society,” they added.

The Duke and Duchess’ latest move underlines the fraught relationship between the couple and sections of the British press, who Prince Harry has previously called out for their ‘racial undertones’ in their reporting of Meghan.

Instead, the couple will now prioritise working with “grassroots media, regional and local media, and young, up-and-coming journalists” they said in the letter, and said their new policy is not a “blanket policy” for all media.

Harry and Meghan stepped down as senior royals earlier this year, after months of hints that they were unhappy with how they had been treated by parts of the U.K. media.

Crucial comment: The 450-word letter read: “This policy is not about avoiding criticism. It’s not about shutting down public conversation or censoring accurate reporting. Media have every right to report on and indeed have an opinion on The Duke and Duchess of Sussex, good or bad. But it can’t be based on a lie.”

The letter added that the policy was intended to protect the couple’s communications team “from the side of the industry that readers never see.” The couple will no longer deny or confirm stories about them to be printed by the concerned newspapers.

Chief critic: “I really don’t think there is any upside” to Harry and Meghan’s letter, David Yelland, former editor of The Sun told BBC Radio 4. He acknowledged that the couple had suffered a “great deal” over the years.

Key background: The couple officially stood down as senior royals at the end of March, following an announcement in January that they intended to split their time between the U.K. and North America. They have since relocated to California with son Archie, who is almost one.

﻿As part of their January announcement, Harry and Meghan again outlined their new working relationship with the press, saying they would break away from traditional forms of press coverage, such as the Royal Rota, that senior royals are subject to. The Royal Rota works like a press pool and sees a select number of news agencies and national broadcasters invited to exclusively cover an event, and then share that coverage with other outlets. Meghan sued The Mail on Sunday and its publisher, Associated Newspapers last October, for breaching her privacy and copyright infringements after the outlet published a private letter she wrote to her father.

What to watch for: A court hearing on Meghan’s case will take place this week.

Further reading: Harry And Meghan Are Suing A British Newspaper. Here’s What Their Case Hinges On (Forbes)