Breaking
In Need Of A Competitive Edge? Look To...
Think Small: Timely Picks To Capture The Reawakening...
Patient Gets Covid-19 Swab Lodged In Her Lung...
Nine Signs You’re Not Being Effective During Your...
Chromebooks Can Now Run Windows 10 – Find...
Will Biden’s Tax/Benefit Plans Help/Hurt You And The...
This Fashion Brand Turned A Stripe Into A...
Shots In The Dark: Why Access To A...
What Building Wealth Really Takes In Business
Building A Circular Economy In New York City...
How To Cast Your Vote Against Election Scams
New Science On Stress: Feeling Your Feelings Works...
Why Now Is The Right Time To Acquire...
7 Obstacles That Prevent People From Starting Businesses...
Booking Holdings Falls; Likely To Remain A Risky...
Apple iPhone Crushes Samsung Galaxy In Important New...
Home Business Harry And Meghan: Their Final Round Of Public Events As Senior Royals, In Photos
Business 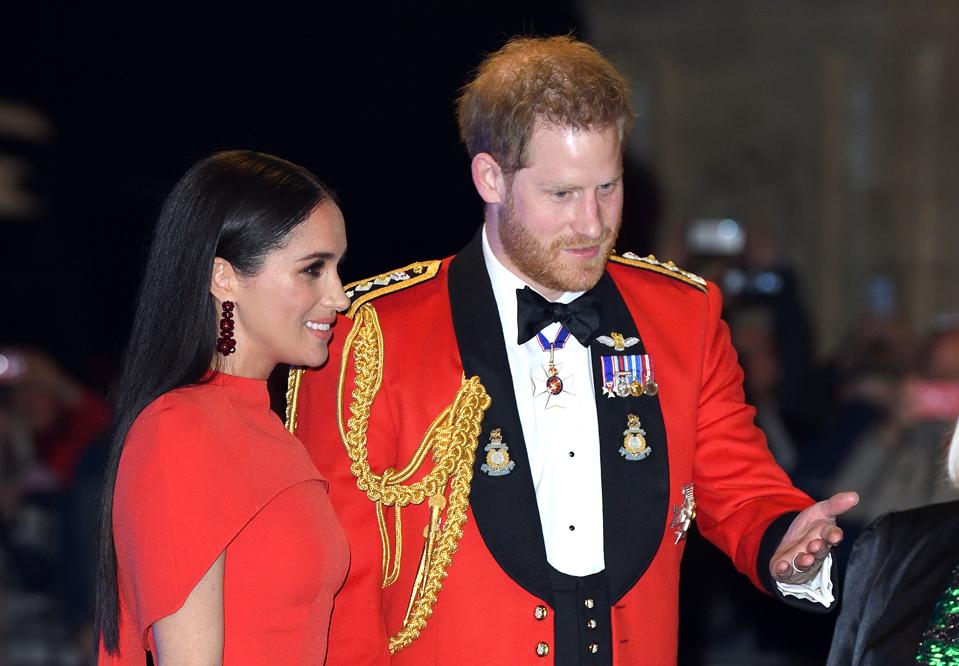 Prince Harry, Duke of Sussex, and Meghan, Duchess of Sussex attend the Mountbatten Festival of Music … [+] at Royal Albert Hall on March 7.

It’s only been two months since the drama over the Duke and Duchess of Sussex peaked with their official announcement that they had decided to walk away from their roles as senior members of the British royal family.

Since then, rumors and speculation about the reasons behind their actions, their effect on the royal family, the British economy and themselves have reached a crescendo that bounces from extreme criticism to extreme defense of the couple.

Now, Harry and Meghan are visiting the U.K. to fulfill a busy, previously-planned schedule of high-profile engagements ahead of their departure from public life as working royals, which is officially scheduled for March 31. 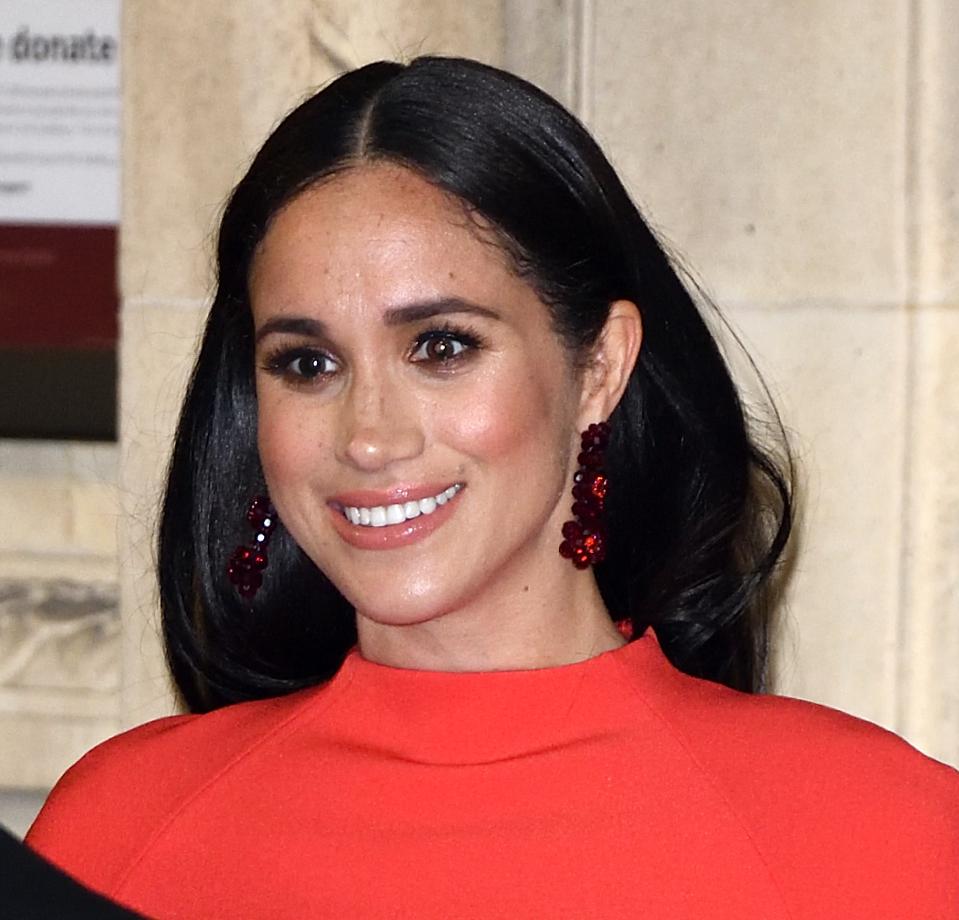 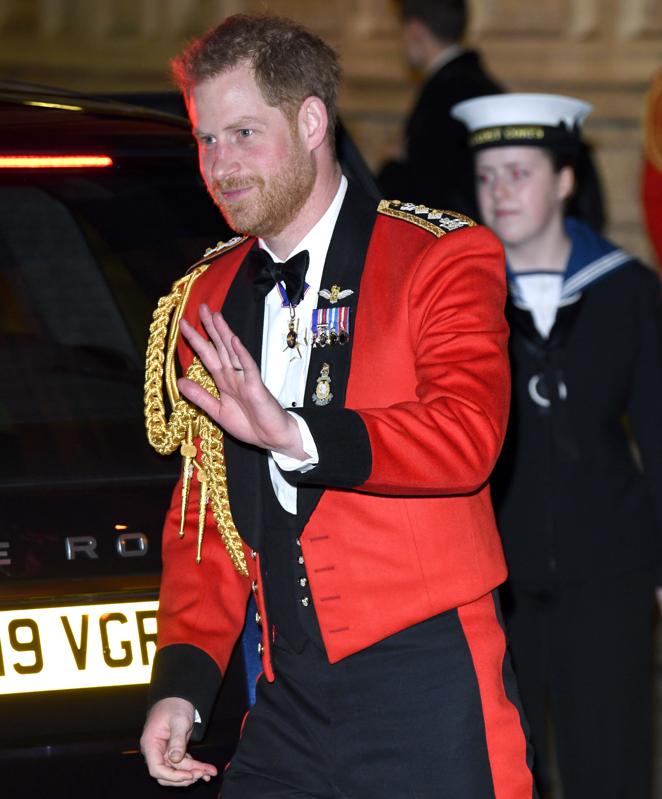 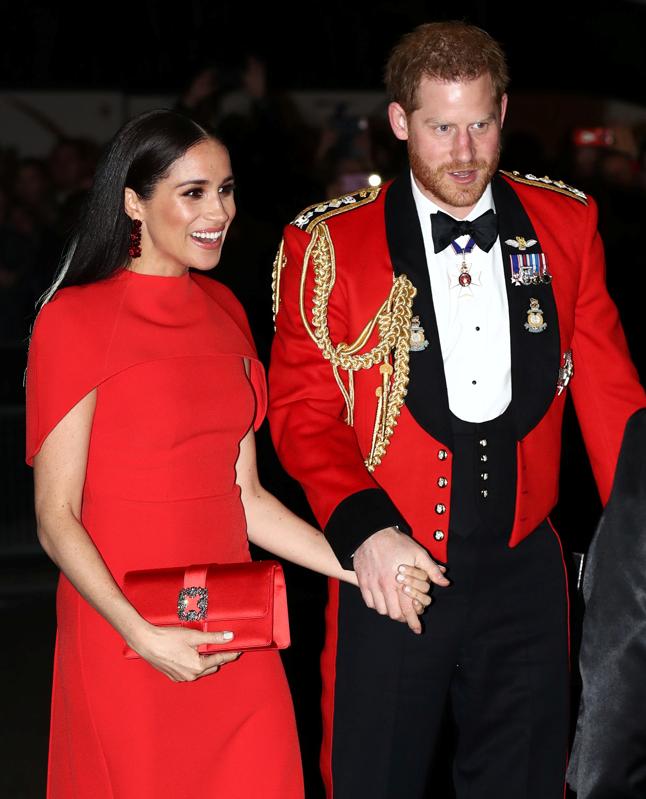 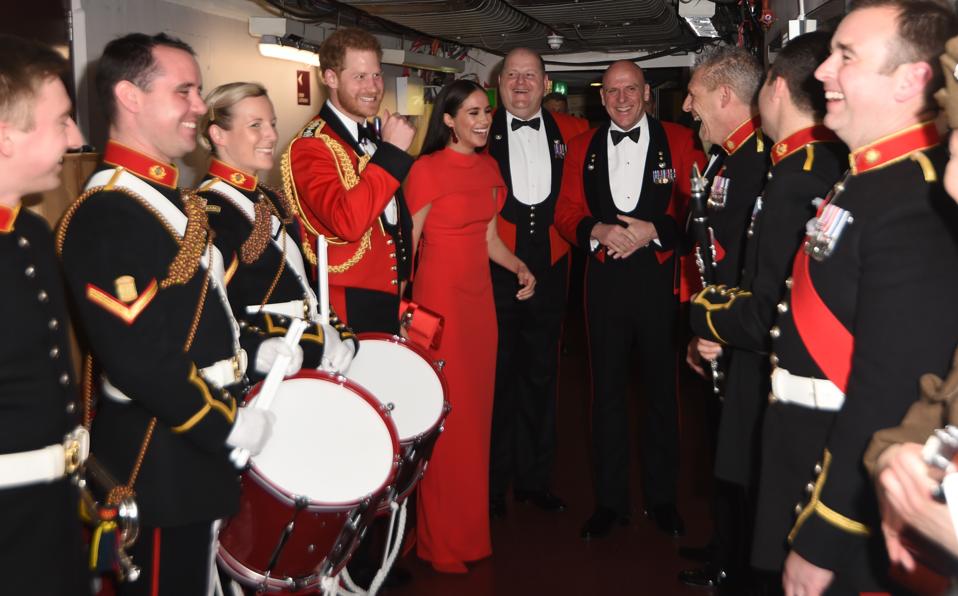 Prince Harry, and Meghan at the Mountbatten Music Festival. Backstage, a corridor was lined with … [+] uniformed band members, with whom the royal couple laughed and joked, before heading to the stage to meet more attendees and musicians.

Meghan joined Harry in Britain on Thursday, without their baby son Archie, who was left in Canada where they have been living since their precipitous departure from Britain.

On Thursday, Prince Harry and Meghan made their first public joint appearance at the Endeavour Fund Awards, an annual ceremony celebrating the achievements of wounded armed service personnel and veterans who have used sports and “adventurous challenges” as part of their recovery and to help others.

Prince Harry, who served in the British army for 10 years, is the founder of the Endeavour Fund, established in 2012. 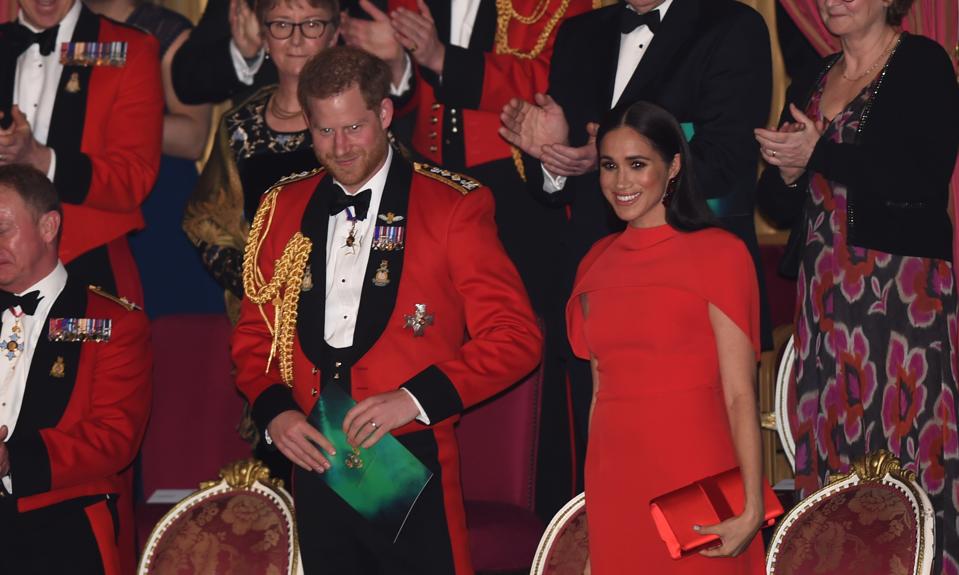 Prince Harry and Meghan received a standing ovation at the Royal Albert Hall before the national … [+] anthem. 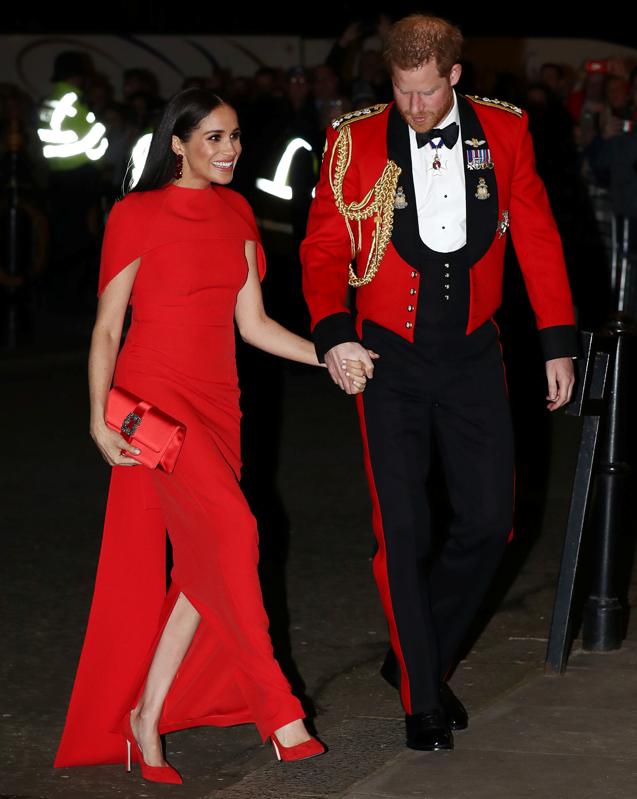 With a huge smile and wearing a fitted, turquoise Victoria Beckham dress, Meghan delivered a speech honoring the athletic achievements of wounded and ill servicemen and servicewomen.

On Saturday, the Duke and Duchess enjoyed a standing ovation at the Royal Albert Hall as they took their seats in the royal box for the annual Mountbatten Festival of Music.

For that event, Meghan wore a red Safiyaa cape dress, jeweled Simone Rocha earrings and red Aquazurra heels while Prince Harry attended as Captain General of the Royal Marines in a mess dress uniform complete with medals awarded from two tours of Afghanistan. 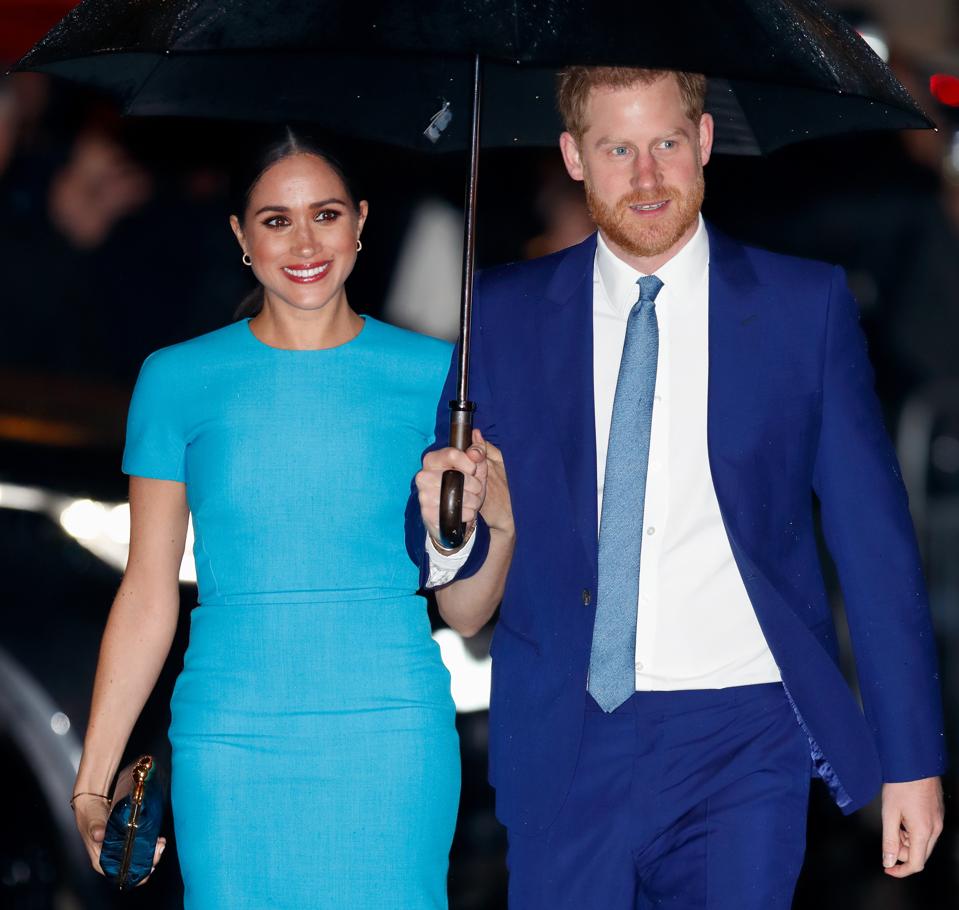 Meghan and Harry at The Endeavour Fund Awards at London’s Mansion House on March 5. 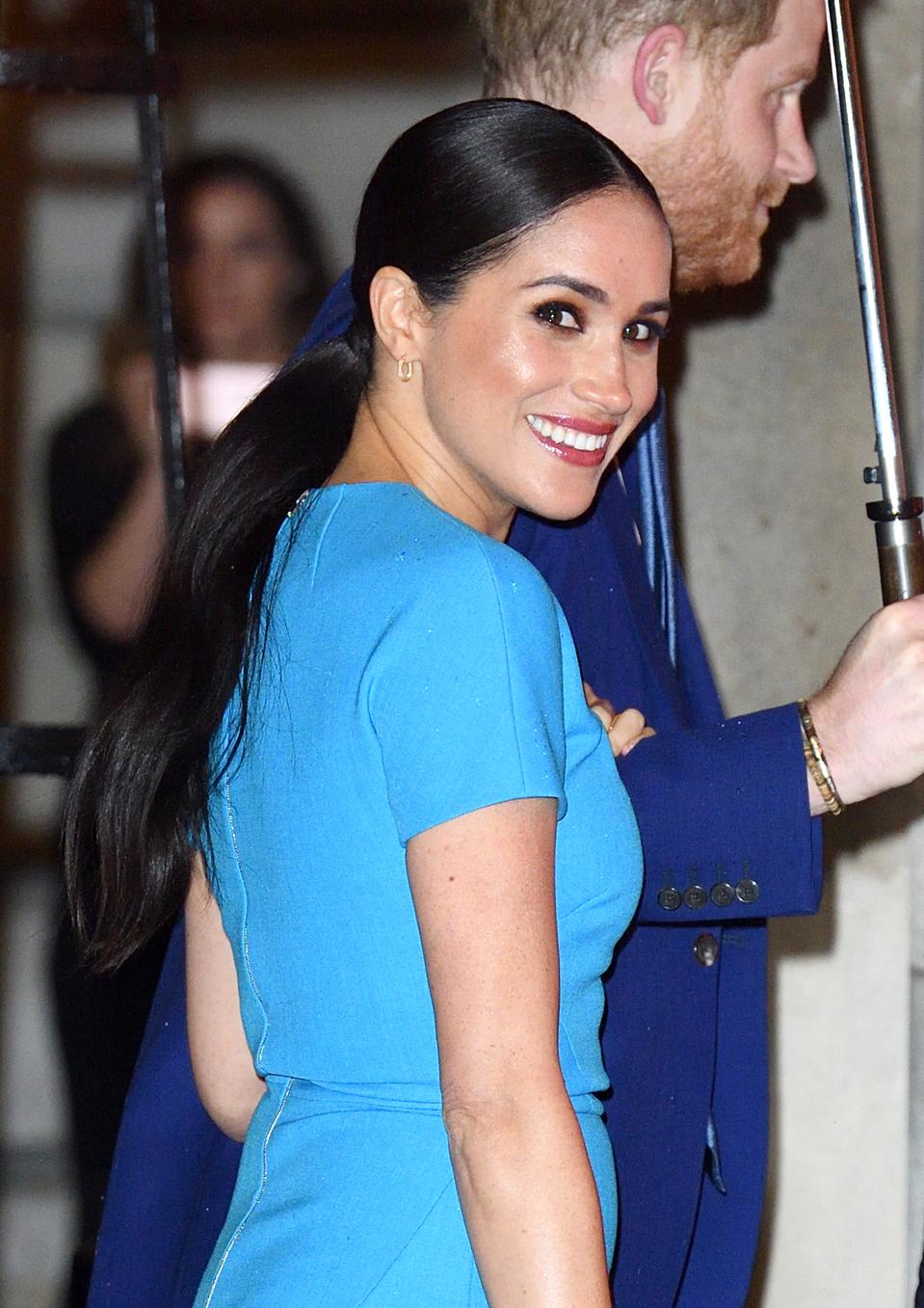 That event marked the final time the Duke of Sussex would appear at an engagement in his official Royal Marines capacity. He inherited the rank of Captain General in 2017 from his 98-year-old grandfather, Prince Philip.

Meghan and Harry were greeted by members of the Royal Marines before they were escorted to the royal box to enjoy a night of musical entertainment.

On Sunday, the Duke and Duchess of Sussex made a surprise appearance at church as they joined the queen at the Royal Chapel of All Saints in Windsor, close to their U.K. home, Frogmore Cottage, where they’re staying. 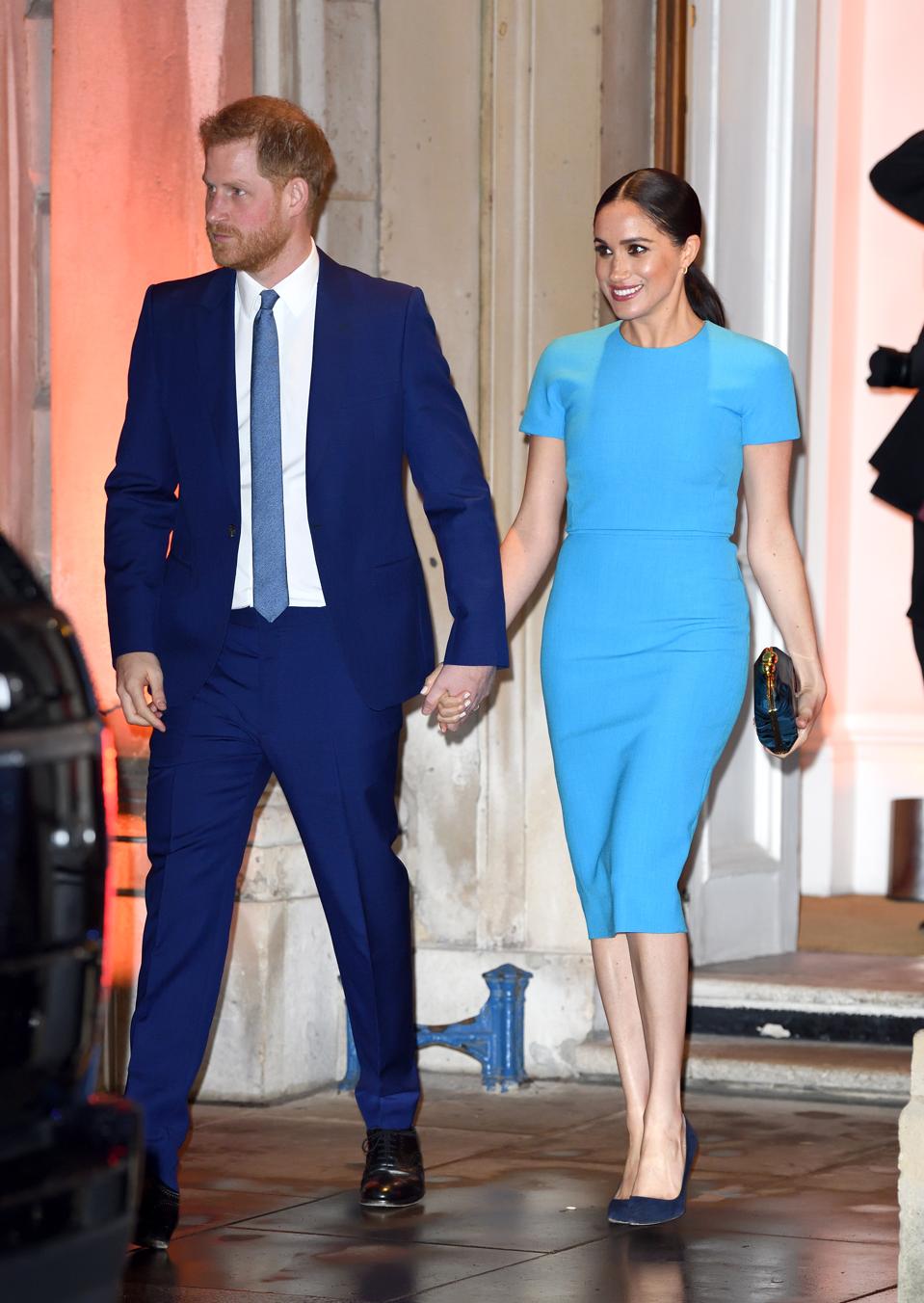 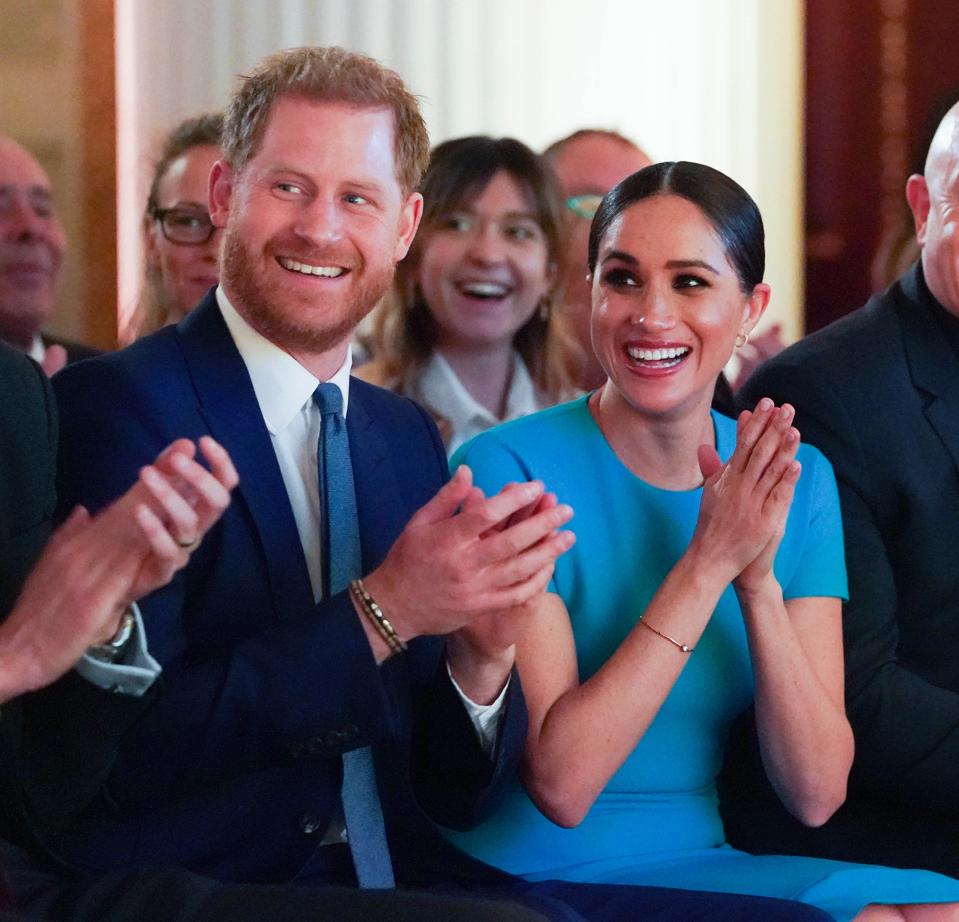 The Sussexes at the annual Endeavour Fund Awards in London celebrating the achievements of wounded, … [+] injured and sick servicemen and women who have taken part in remarkable sporting and adventure challenges over the last year. During the ceremony, award recipient Danny Holland proposed to his girlfriend onstage. 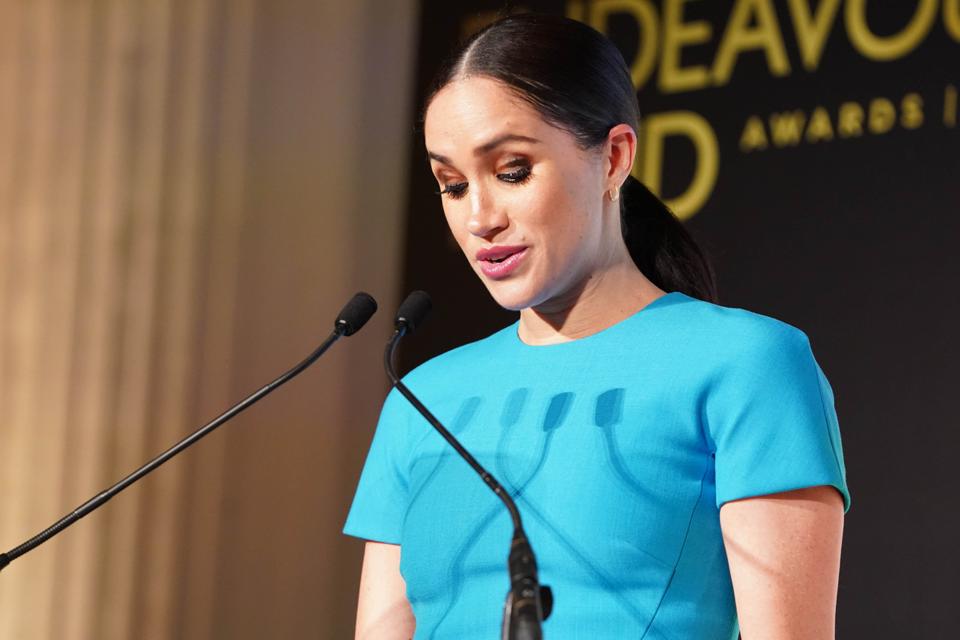 Meghan announces an award during the annual Endeavour Fund Awards at Mansion House.

That event was the first time Meghan and the queen had met since their bombshell announcement on January 6 that they were quitting as senior members of the royal family.

Prince Harry and Meghan will complete their final royal commitment on Monday when they appear at the annual Commonwealth Service at Westminster Abbey in London and where they will meet the entire royal Windsor clan before returning to Canada. 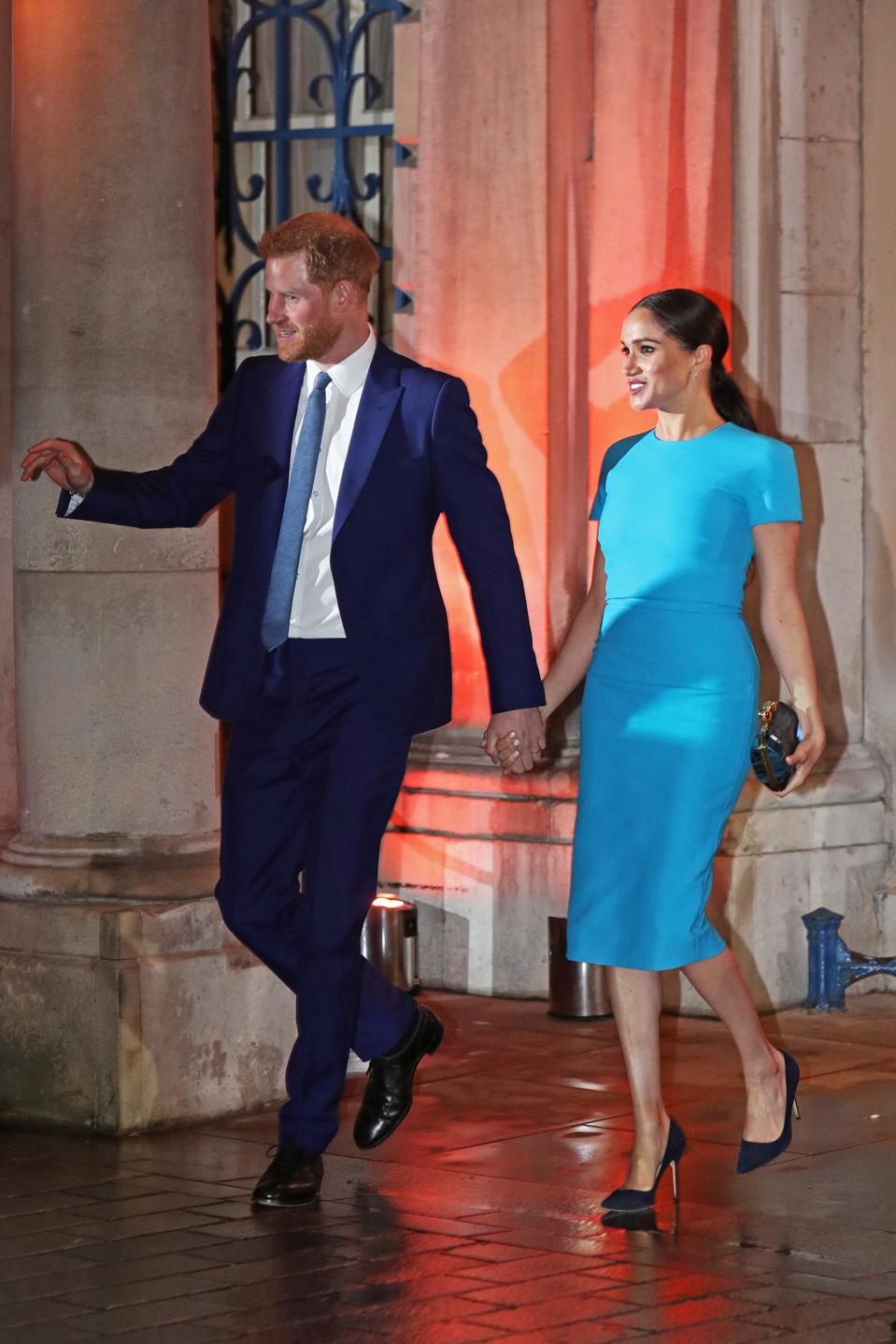 The Duke and Duchess of Sussex leave Mansion House in London after attending the Endeavour Fund … [+] Awards. 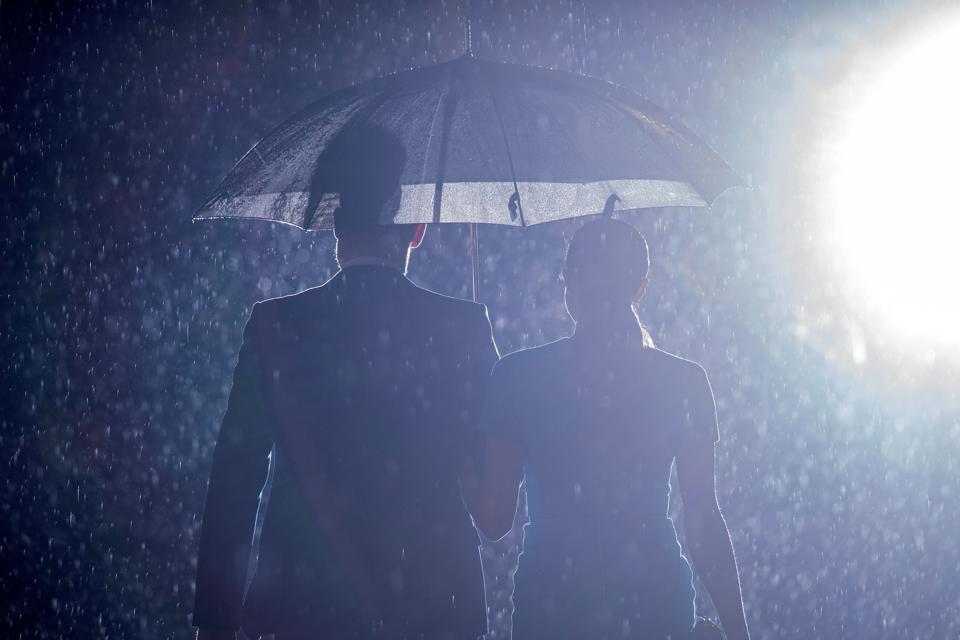