Breaking
Bitcoin And Blockchain Are The ‘Future’ Of Twitter,...
COVID-19 Pandemic Has Birds Changing Their Tune
Beat Zoom Fatigue With These 6 Tips
How To Sustain (Or Sabotage) A Customer Service/Experience...
How, When And Where You Can See A...
New $2.2 Trillion Stimulus Bill Proposed—$1,200 Stimulus Checks,...
Why Do We Do What We Do? Manipulating...
California Brand Goes All-American As Amazon Bans Foreign...
The 3 Best Analytics Companies of 2020
Senator Cory Booker: Supporting Small, Minority-Owned Businesses Will...
Trump’s Taxes Are Finally Leaked—What’s Next?
Washington Heats Up Ahead Of First Presidential Debate:...
Systemic Racism Leads To Disparities In Nursing Home...
The New Regular: Prepare For Conflicts Of Customer...
Web VR.0 – Have VR Websites (Finally) Arrived?...
This Next Evolution Of E-Commerce Did $18 Billion...
Home Business Harry Styles Holds At No. 1 For A Second Week While Four Christmas Albums Reach The Top 10
Business

Harry Styles Holds At No. 1 For A Second Week While Four Christmas Albums Reach The Top 10 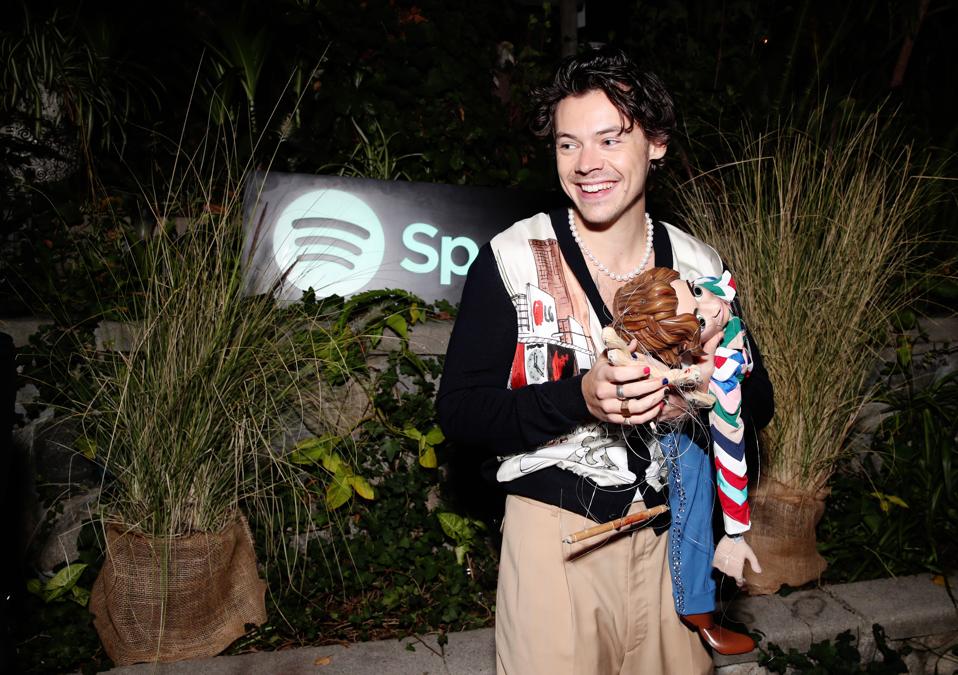 After scoring one of the largest debuts of the year last week, there was no chance anyone was going to usurp Harry Styles and steal the throne away so quickly. The British pop-rock musician holds onto the No. 1 spot on the Billboard 200 for a second frame, even though it dips in consumption by a huge sum. The title moved nearly half a million equivalent units when it arrived, and this week it shifts only 89,000 equivalent copies, which is still enough to easily give it control over the highest rung.

This week’s top 10 doesn’t contain any new releases, though two successful albums do return to the region, and four seasonal projects take up real estate in the area.

Up to No. 2 is Michael Bublé​’s Christmas, which wraps it annual surge as the holiday it shares a name with comes and goes. The crooner’s effort once controlled the Billboard 200 for several weeks, and every year since then, it has found its way back into the top 10, though it usually doesn’t climb as high as it has in 2019.

Hip-hop musician Roddy Ricch sees his first chart-topper Please Excuse Me for Being Antisocial keep at No. 3 in its third week on the tally.

As her unstoppable smash “All I Want For Christmas is You” keeps at No. 1 on the Hot 100 (and possibly heads toward another week on top), Mariah Carey’s Merry Christmas rises to No. 4 on the Billboard 200. The set is powered in large part, but not exclusively, by its massively popular single, which is perhaps the most beloved holiday tune of modern times. The set hasn’t placed this high on the chart since it reached No. 3 the year it was released (1994).

It may have fallen outside the top 10 for the first time since its release just a few weeks ago, but Billie Eilish’s debut full-length When We All Fall Asleep, Where Do We Go? is still going strong, and it continues to improve frame after frame. This time around, it’s up to No. 5 once again. Behind her, Post Malone’s Hollywood’s Bleeding slips slightly to No. 6.

Pentatonix’s recent addition to the region, The Best of Pentatonix Christmas, is steady at No. 7. The effort just became the a capella band’s tenth title to break into the top 10 earlier this month.

Legendary musician Nat King Cole is back inside the Billboard 200’s loftiest arena once again with The Christmas Song, which is named after his instantly-recognizable track of the same name. According to Billboard, the years-old title’s jump in units moved is thanks to huge streaming figures of certain cuts featured, and it nearly matches its No. 7 peak, established last season. The Christmas Song climbs to No. 8 this week.

As the movie it accompanies continues to dominate box offices around the world, the Frozen II soundtrack falls to No. 9. Earlier this month, the second release from the franchise reached the penthouse.

Back in the top 10 thanks to a rerelease is Young Thug’s So Much Fun, which has turned out to be one of the most successful hip-hop albums of 2019. The full-length, which made it to No. 1 when it first dropped, vaults from No. 36 to No. 10 as fans rushed to hear the new cuts added to the title on streaming platforms.