Breaking
Meet Onesimus, The Enslaved Man Who Saved Boston...
How to Build a Sales Forecast Model
The Unexpected Ways COVID-19 Has Forever Changed What...
Google Posts: Conversion Factor — Not Ranking Factor
How To Bring Your Branding To Life
Coinbase Cofounders And Investors Poised To Rake In...
How To Stay Top-of-Mind For Your Audience With...
Employers: Eight Red Flags You May Not Notice...
The benefits of videoing in the automotive industry
Ted Lasso, Other Apple TV+ Shows Arriving Soon...
How To Incorporate Click And Collect Into Your...
What Are Working Capital Loans and When Should...
The 10 Biggest Trends in Entrepreneurship to Look...
Clubhouse Has Grown 10X In Two Months. Here’s...
Here’s Why Tyson Foods Stock Looks Undervalued At...
How To Maintain Client Relationships During Long Projects
Home Technology Hawaii Saw Two Rare Tornado Warnings On Tuesday
Technology 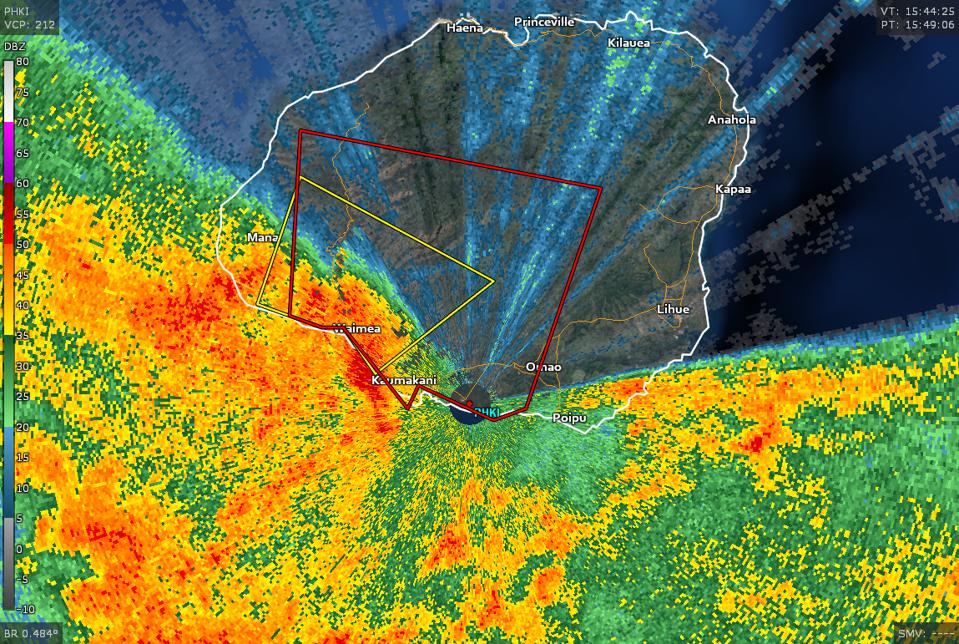 The National Weather Service issued two rare tornado warnings for western Hawaii on Tuesday morning, the first tornado warnings for the state in over a decade. The storms resulted in no reports of damage, but the threat for stormy weather and flash flooding will continue across the Hawaiian Islands for the next couple of days.

The first tornado warning went up for the island of Niihau just before 1:30 AM Tuesday local time, followed by a second for Kauai around 6:00 AM local time.

The most serious of the two thunderstorms affected southern Kauai. The National Weather Service in Honolulu issued a severe thunderstorm warning for southwestern Kauai before the storm came ashore, warning residents that damaging wind gusts up to 60 MPH were possible. The storm began to take on some characteristics of a supercell, complete with a hook-like appendage that began rotating as it approached shore. A nearby radar site showed strong low-level rotation that prompted the tornado warning. The rotation quickly dissipated once the storm came ashore near Kaumakani just after 6:00 AM. There have been no reports of damage so far.

This week’s exceptionally unsettled weather in Hawaii is the result of a “Kona low,” a nickname given to a wintertime low-pressure system that forms to the west of the islands. The placement of the low directs a deep surge of tropical moisture over the island chain and provides the lift needed to produce drenching showers and thunderstorms. There’s enough lift and wind shear in the atmosphere for some of the storms to turn severe with damaging winds and tornadoes, which is what happened over Kauai today.

While the threat for severe storms on the western Hawaiian Islands will subside through the day on Tuesday, a statewide threat for flash flooding from heavy rains will persist for the next day or two.

Severe weather is relatively rare in Hawaii due to its tropical environment—in fact, the state competes with Alaska for the fewest severe thunderstorms each year. The Iowa Environmental Mesonet’s records show that the National Weather Service office in Honolulu has issued just four tornado warnings since 2005.  Two of those warnings were issued today, with the previous two warnings going up for Kauai in 2008 and Maui in 2006.

Might The Coronavirus Pandemic Present A Strategic Opportunity For Your Company