Home Business Health Insurance Mandate: The Next Hammer To Fall On Immigrants
Business

Health Insurance Mandate: The Next Hammer To Fall On Immigrants 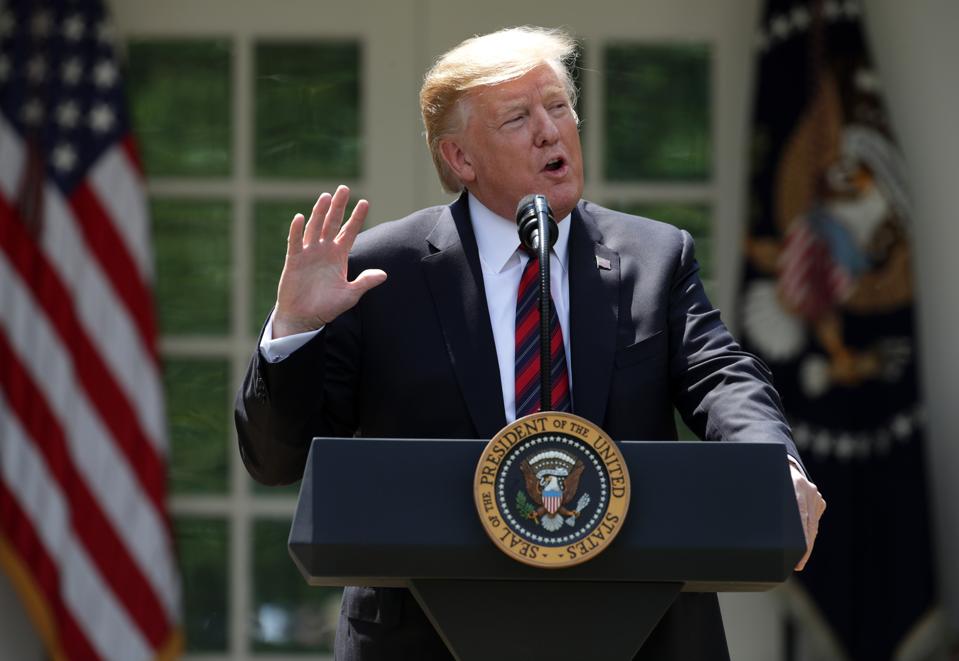 Donald Trump speaks about immigration in a speech at the White House on May 16, 2019. (Photo by Alex … [+] Wong/Getty Images)

The bad news keeps coming for immigrants. On January 27, 2020, the U.S. Supreme Court approved an order to allow the Trump administration to proceed with the public charge rule, which is expected to block many people from immigrating to the United States. Will the Supreme Court soon do the same with a nationwide injunction against implementing a presidential proclamation to bar new immigrants without health insurance from America?

“Trump administration policies are projected to reduce the annual level of legal immigration to the United States by 30%, resulting in 350,000 fewer legal immigrants receiving permanent residence each year compared to the FY 2016 level,” according to a National Foundation for American Policy (NFAP) analysis.

The impact of the reduction in legal immigration will be two-fold. First, many American citizens who wish to live with their spouse, child or parent in the United States will not be allowed to do so, creating hardship for potentially hundreds of thousands of people each year.

Second, the economic impact on the U.S. economy will be substantial. “NFAP projects in the long term that the average annual U.S. labor force growth, a key component of economic growth, will be between 35% and 59% lower in America as a result of Trump administration immigration policies, if the policies remain in place,” according to the analysis. “The significant decline in the annual level of legal immigration means lower long-term economic growth may be Donald Trump’s most lasting economic legacy.”

The analysis concluded the reduction in legal immigration could be more than 30% depending on implementation of the public charge rule and if other policies, such as the health insurance proclamation, go into effect.

“The proclamation [issued October 4, 2019] excludes from the United States new lawful immigrants who cannot show the ability to purchase unsubsidized commercial health insurance within 30 days of entry, unless exceptions apply,” said William Stock, a founding member of Klasko Immigration Law Partners, in an interview. “It will prevent otherwise eligible immigrants coming in from abroad from being issued visas to enter the U.S. if they lack the financial ability to purchase unsubsidized health insurance. That means that prospective immigrants potentially could be barred from the United States unless they can find a way to purchase health insurance outside of the Affordable Care Act (ACA) exchanges.”

On November 26, 2019, a district court judge in Oregon granted a motion for a preliminary injunction that prevented the proclamation from going into effect. The plaintiffs, at this point called John Doe #1 et al., seek to be certified as a class. Included in the class would be U.S.-based sponsors and foreign nationals abroad with petitions to immigrate. “[W]hen a plaintiff requests preliminary injunctive relief before class certification has been decided, a court may consider the harm to the putative class and grant classwide appropriate preliminary injunctive relief to preserve the status quo, particularly when, as in this case, there is alleged classwide harm and conduct aimed at a class of persons,” wrote Judge Michael Howard Simon in his opinion and order.

On December 20, 2019, “[L]itigators from the Justice Action Center (JAC), the American Immigration Lawyers Association (AILA), and Innovation Law Lab, with pro bono counsel Sidley Austin LLP and Latino Network as the organizational plaintiff, welcomed the Ninth Circuit 2-1 decision to refuse the federal government an administrative stay pending appeal of the preliminary nationwide injunction in Doe v. Trump,” according to the attorneys for the plaintiffs. “The administration had sought an emergency stay of the injunction granted on November 26, 2019, by the U.S. District Court in Portland, Oregon.”

Isn’t the nationwide injunction in jeopardy of the Supreme Court striking it down the same way the court issued an order allowing the public charge rule to go into effect? “Your instinct should prove correct,” said Jesse Bless, AILA’s director of litigation, in an interview. “You’re correct to assume the government will seek to push this to the Supreme Court if it is not successful before the Ninth Circuit Court of Appeals.”

On February 21, 2020, Supreme Court Justice Sonia Sotomayor made national news with her dissent in the court’s decision to allow the public charge rule to go into effect in Illinois after the Trump administration declared it was an “emergency” that it be able to do so. “Claiming one emergency after another, the Government has recently sought stays in an unprecedented number of cases,” Sotomayor said. “It is hard to say what is more troubling . . . that the Government would seek this extraordinary relief seemingly as a matter of course, or that the Court would grant it.”

According to the district court’s schedule, the motion for certification of the class may be decided in March 2020. Plaintiff attorneys would like the class to include anyone who sponsored an immigrant or is a beneficiary of an immigrant petition who must receive an immigrant visa abroad. “Anyone who is harmed by the presidential proclamation needs protection,” said Bless.

If the class is certified, then it could help prevent the Supreme Court from intervening on the government’s behalf because a judge would then rule on the likelihood of success on the merits of the case and the typical factors for a stay, according to Bless. That would be different than the types of nationwide injunctions earlier in the process that Justice Neil Gorsuch has criticized.

Recently, in the Guilford College case, U.S. District Judge Loretta C. Biggs granted the motion of universities attempting to block a restrictive U.S. Citizenship and Immigration Services (USCIS) memo that could have barred many international students from the United States.

The goal of the presidential proclamation is to prevent people from immigrating legally to the United States. Courts will soon decide when and if the latest move against immigrants will go into effect.

10 Things You Can Do About Climate Change, Starting In Your Head

3 Geography Lessons From The Super Bowl