Health Insurers Level More Blows To Medicare For All 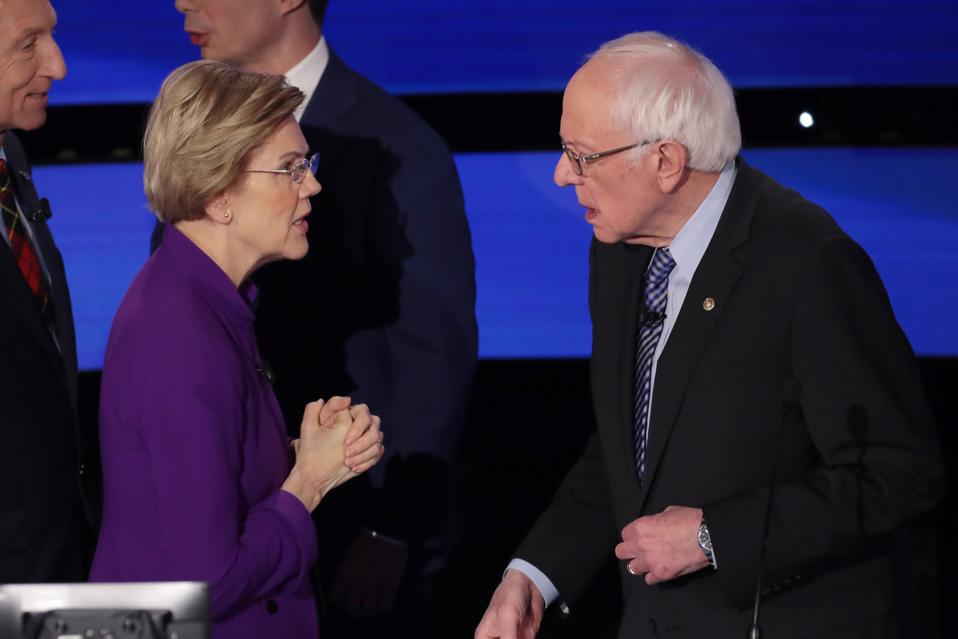 Health insurance companies are already reporting unprecedented growth in signing up seniors to their Medicare plans for 2020, which is bad news for certain Democrats pushing single payer versions of “Medicare for All.”

The nation’s largest health insurer, UnitedHealth Group, last week reported its best growth ever for enrollment in individual Medicare Advantage, the private coverage sold by health plans via contracts with the federal government. UnitedHealth’s UnitedHealthcare health insurance unit was the first of the big health insurers to report quarterly earnings and updated 2020 projections for what is expected to be a record year of growth for Medicare Advantage. Other insurers including the Aetna unit of CVS Health, Anthem, Cigna and Humana will be reporting their quarterly earnings in the next two months.

Wichmann described the most recent open enrollment period, which ended in early December for seniors to choose their Medicare health and drug coverage for 2020, as UnitedHealth’s “strongest ever” for individual Medicare Advantage.

UnitedHealth’s record Medicare Advantage enrollment comes as most Democrats running for their party’s nomination for the Presidency back off a single payer version of Medicare for All that would uproot the private insurance industry. And that would in effect end a Medicare Advantage program that has already signed up more than one in three Medicare eligible seniors and growing.

But more seniors signing up for private Medicare Advantage means it will be politically harder for it to be taken away and replaced with a government-run single-payer version of Medicare for All pushed most notably by Sen. Bernie Sanders of Vermont.

Sanders continues to push single payer Medicare and last week during a debate in Des Moines reiterated that his plan has no copayments or deductibles. Meanwhile, Democrats that include former Vice President Joe Biden and most others still in the race are touting an effort to build on existing coverage under the Affordable Care Act. Sen. Elizabeth Warren, historically a supporter of Sanders plan, has backed off moving all Americans to a government-run healthcare system in favor of first bolstering the ACA and introducing a public option.

As more baby boomers turn 65 and become eligible for Medicare, insurers and the federal government are seeing more of them sign up for private Medicare Advantage than the government-run traditional fee-for-service Medicare.

This year, Medicare Advantage plans are offering more supplement health benefits under new rules established by the Centers for Medicare & Medicaid Services, which has seen  a record number of health plans selling coverage that offers seniors the same benefits as traditional Medicare plus extras like preventative care and outpatient healthcare services.

“We are bullish obviously overall on the outlook for both Medicare Advantage, but also the dual special needs marketplace as well,” UnitedHealth’s Wichmann said. “They are both very larger today and growing in markets. MA is clearly outperforming fee-for-service in terms of overall benefit coverages and the quality of outcomes and the returns that people are getting in terms of their overall satisfaction and so no surprise that it is performing as well and seems to be gaining some momentum.”

The lack of momentum for a single payer version of Medicare for All among Democrats vying to challenge President Donald Trump should Republicans re-nominate him to run for a second term isn’t lost on health plans signing up seniors to Medicare Advantage.

The health insurance industry and its supporters say Medicare Advantage is more about “modernizing” Medicare with the help of the private sector and seniors are increasingly recognizing the difference.

“Despite the lower costs, better outcomes, and high satisfaction that defines Medicare Advantage, some would argue for policies that threaten the success of Medicare Advantage and turn back the clock on innovative care models that enable seniors to live healthier lives,” Allyson Schwartz, a former Democratic Congresswoman and president and CEO of Better Medicare Alliance wrote in an opinion column in the Jan. 7th issue of the journal Health Affairs.

“From my time leading a women’s health center, to my work as Commissioner of Health and Human Services in Philadelphia, to my service in Congress crafting health policy on the Ways and Means Committee, to my role today, I believe health care is a basic human right,” Schwartz wrote. “As we seek to address Americans’ very real concerns, we should fix what is broken in our health care system, while strengthening that which works to ensure coverage and quality at a cost we can all afford.”