Breaking
The WFH Revolution: How Covid-19 Is Changing The...
eToro Announces Staking For Cardano And Tron
Fintech Startups: Plan For Your Customers’ Emotional Realities
The End Of Third-Party Data — Finally
The Scientologist Billionaire Trying To Make A New...
Mission-Driven Fintech Kontist Shakes Up The Future Of...
What Can The Simple Fact That ‘We Exist’...
Stock Market: Here Comes October With Scary Tricks...
Farmers, College Students, And Food Banks Across The...
Thinking Of Writing A Book To Grow Your...
Microsoft Security Report Highlights New Sophisticated Threats From...
3 Steps To Help You Build Entrepreneurial Confidence
SMB Fintech Darling Kabbage To Be Acquired By...
Silicon Valley’s Next Target: The One-Person Business
The Small Business Code Of Ethics
President’s Remarks About COVID-19 At First Debate True...
Home Finance Help For Some But Not Others
Finance 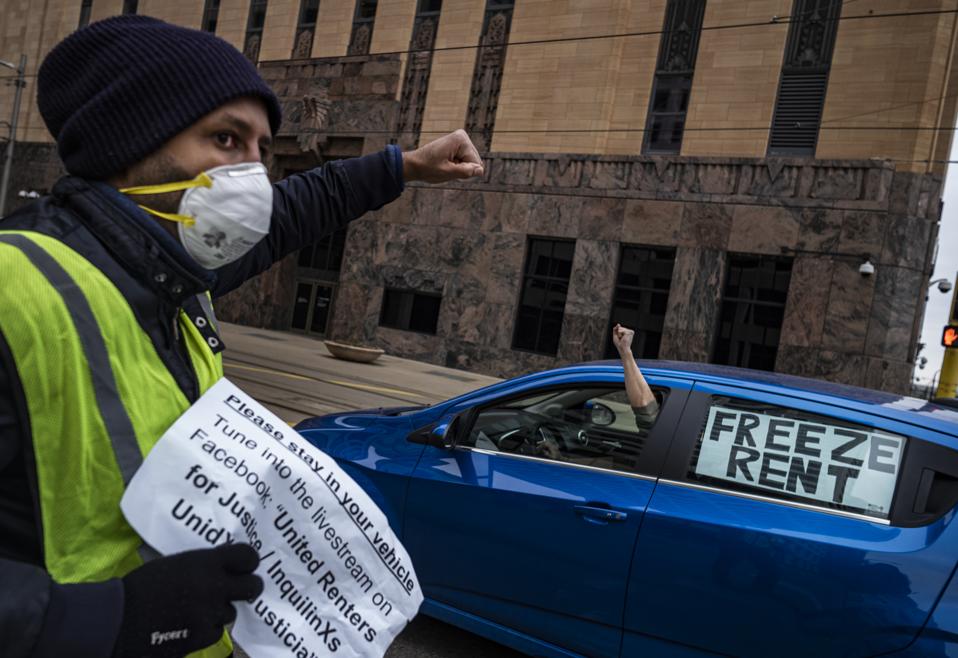 Protecting the vulnerable from economic hardship has become as important these days as protecting the population from the dreaded COVID-19 virus. Many efforts along these lines have, however, revealed starkly how narrow some thinking is when it comes to economics, how partisan and how downright ignorant.  Groups petition Washington or their governors for economic relief when all they would do is shift the burden onto others, presumably not members of the petitioning group. Not only are such often sanctimonious and passionate pleas inequitable, but they could spread economic harm.

Illustrative of this problem is a proposal recently advanced by the advocacy group ParentsTogether Action. It includes a petition signed by 400,000 people and calls on Congress to “freeze’ all rent and mortgage payments as well as obligations to utilities. It does not indicate how long the demanded freeze would last.  Presumably it is for the duration of the emergency and not forever. Given how the lockdowns and quarantines have caused unemployment to soar, it is easy to feel the motivation behind such requests, whether by ParentsTogether and similar advocacy groups. But having similar feelings does not make the proposal reasonable. ParentsTogether seems not to have even considered how landlords and mortgage lenders, much less utilities, can stay in business and meet their payrolls in the face of a complete collapse in their revenues. Having failed even to consider how their proposal would afflict others, they have missed how their proposal would spread the economic pain more broadly throughout the community and make it that much harder for the economy to recover when the emergency lifts.

To be sure, many vulnerable people need help with their bills during this time. Robbing others to help then is, however, not the answer.  Congress has offered better by enlarging and extending unemployment insurance payouts and by loaning firms for the express purpose of stopping the layoffs that put people in such difficult circumstances. No doubt, the actions recently authorized by Congress put the taxpayer on the hook for this economic assistance, but Congress’ more general response at least spreads the burden more or less equitably across the whole of society, which presumably benefits ultimately from the steps taken to alleviate economic hardship where it appears. It is far different from proposals like the one advanced by ParentsTogether, which would single out particular groups to bear the burden for others and risk destroying those people in the process.

It may be that the folks at ParentsTogether and similar groups simply will not or cannot think things through. Or perhaps they realize how they would shift the burden but avoid the implicit inequity by pretending that the landlords or mortgage lenders and utilities can “afford it,” that they are “rich.” That argument, though tempting, nonetheless stands as the height of self-deception.

Landlords, for instance, especially in poorer neighborhoods, are far from the huge and rich developers of popular imagination. In fact, they are mostly small businesses or individuals who have ploughed all they have into an apartment building. The landlord may even live in the building and serve as his or her own superintendent. They do not sit at a desk under which they have a bottomless pot of gold and into which they can dip to help the people represented by ParentsTogether and like groups. Deprived of rent, they will fail to pay property taxes and their building’s utility bills, say for heat and water. They will also fail to maintain any payroll to maintain the building or keep it operating.

Mortgage lenders may not live quite so close to the bone as these landlords, but deprived of their payments, they will cease lending to new buyers so that the proposals to “freeze” mortgage payments would help those already established in place at the expense of new buyers, presumably those just starting out in life. Utilities, too, may be large firms, but they also have large bills, to keep up transmission lines, whether for electricity or telephone service, heating oil or gas. To do their jobs, they also maintain huge payrolls of all sorts of workers. Deprived of their revenues they will lay people off and neglect maintenance. In time, those enjoying the “freeze” proposed by ParentsTogether will cease to have the utilities for which they were excused payment, while ParentsTogether can demand that the newly laid off utility workers enjoy a “freeze” of their own.

Perhaps matters are more cynical.  Perhaps, the action groups simply want to help only their members and care neither for others nor for society in general. Certainly, some of the politicians who back such proposals are motivated by a desire to benefit their constituents at the expense of others and not in an especially equitable way. Whether such proposals stem from misplaced or poorly thought out sympathies or from cynical partisanship, they are less than helpful and in the long run positively dangerous for the smooth running of the economy or for the coherence of society.

South Dakota Refused To Shut Down, Now Faces One Of The Largest Coronavirus Outbreaks In The Country