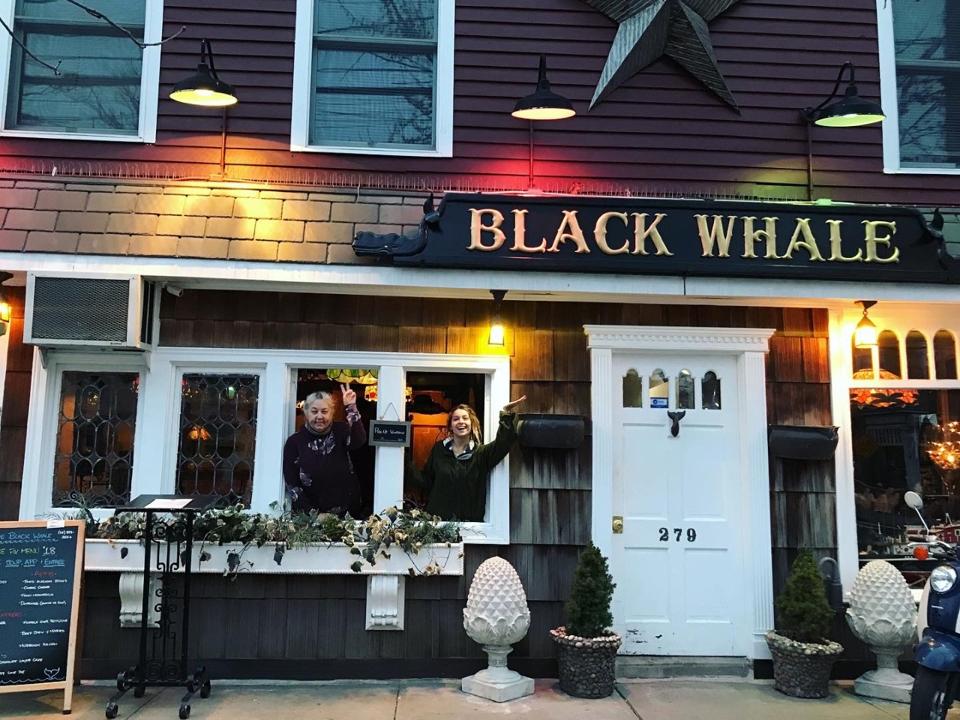 The Black Whale: Owner Calliope Rigos and her daughter-in-law Luna Placchi are carrying on a City … [+] Island tradition that began in 1961.

Courtesy of the Black Whale

Scores of Big Apple eateries are evaporating amid the coronavirus crisis. So each week, Help Our Neighborhood Restaurants will highlight top neighborhood spots fighting to stay afloat while adhering to strict safety standards: the HONoR Roll. Thanks to Kyrie Irving and Beyond Meat, a New Yorker in need will get a plant-based burger whenever you order.

For decades, the Black Whale lured diners from all over the tri-state area to its seaside community of 4,000 just across the bridge from the mainland Bronx. Now the coronavirus shutdown has shrunk the venerable eatery’s customer base dramatically.

“We’re only doing takeout—and delivery on City Island,” says Luna Placchi, who runs the restaurant for her mother-in-law, Calliope Regos. “It’s definitely slowed down the influx of customers.”

Though the Black Whale itself was founded in 1961, the burgundy building in which it’s located dates back considerably further. Some say it once served as a women’s penitentiary on nearby Hart Island. According to Placchi, the structure’s octogenarian owner insists it was brought over from nearby Hart Island by barge a century ago—and plunked onto City Island backwards—though she’s not entirely sure if he’s just pulling her leg.

There seems to be more agreement on the history of the Black Whale itself. After stints as an antique shop, coffee house and occasional Communist party hangout, it became a dessert spot known for angel food cake sundaes, frequented more by locals (“clam-diggers”) than land-lubbers (“mussel-suckers”). The décor mirrored the clientele: with its antique barber poll and mismatched chairs, the eatery was a place where nothing matched but everyone fit in.

The Black Whale managed to carry that ethos forward as it became a full-service restaurant in recent decades. Mainlanders soon spouted amongst the wrought-iron wine racks and stained-glass chandeliers, gobbling up reasonably-priced dishes including, appropriately enough, mussels (over fettuccini, with a white wine and garlic sauce).

These days, though the occasional guest makes the trek from over the bridge for a tiramisu—Placchi notes that a regular from Valhalla, more than 20 miles away, recently stopped by for a pickup—the Black Whale is once again hoping the local community can keep it afloat.

“We’re trying to hold on,” says Placchi. “We want to stay open in City Island and show that we’re not gonna let this stop us.”

How To Rediscover The Art Of Listening During The Lockdown

Nostalgia Takes Hold As Football Turns Away From The Present

Why The Cinema Industry May Be In The...

So How Much Would The Furnishings In Kim...

Bridgestone At CES 2020,Where Even The Tires Are...