Breaking
Entrepreneurs Are Bringing Transparency To Home Buying And...
Best Incentive To Get Vaccinated: Money, Messaging, Or...
Page Level Query Analysis at Scale with Google...
How A CIO Can Align IT With Business...
Blogger of the Month: Jo, Girl Eats World
6 Things Women In Business Know That Men...
How to Use First-Party Data for Ad Personalization
Pressing Reset—Putting A Fallen Unicorn Back On Its...
How We Went Viral: Promoting Content with Influencers,...
Blame Olympic Record Price Tag For Return To...
Apple iOS 14.5 Release: Should You Upgrade?
How to Come up with Podcast Topics and...
Why Gaming Gear Company Razer Launched A $50...
Technical SEO Implementations to Increase the Impact of...
30 Brilliant Ways to Market Your Eco-Friendly Shopify...
15 Tech Industry Leaders Share Overused (And Misused)...
Home Technology Here Are All The New Modes Coming To ‘Apex Legends’ For The ‘Grand Soirée’ Arcade Event
Technology 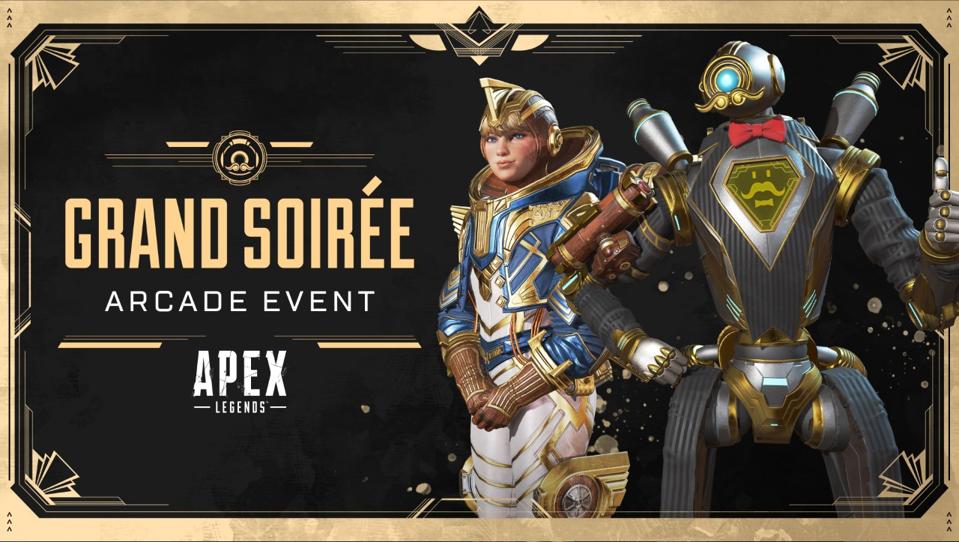 Here’s everything you need to know about the Apex Legends ‘Grand Soirée’ Arcade event.

Apex Legends is ringing in the New Year—and the new decade—with a Grand Soirée. The festivities are being hosted by Pathfinder, and players can expect new limited-time modes, prizes and cosmetics during the event.

The Grand Soirée kicks off on January 14th (next Tuesday) and lasts for two weeks, ending on January 28th. Limited-time modes will cycle every two days throughout the event, with a total of seven LTMs spicing things up in the popular free-to-play battle royale game.

Some of these modes are new, some we’ve seen before, and some have descriptions that leave quite a bit up to the imagination. Here are all the new LTMs coming to Apex Legends for the Grand Soirée:

These sound pretty cool. I definitely like the idea of a Duos mode, and really wish Respawn would just add Solos, Duos and Quads to the game. Being able to play in teams of various sizes would be so great, and would definitely get me back into the game.

The LIVE.DIE.LIVE LTM sounds a lot like how Blackout works in Call Of Duty: Black Ops 4, with respawns allowing you to keep fighting as long as your team doesn’t get downed entirely.

It’ll be very interesting to see how third-person mode works, bringing Apex Legends in-line with games like Fortnite and PUBG.

Respawn Entertainment has released a trailer for the Grand Soirée as well:

As you can see, the even will feature skins for Crypto, Pathfinder, Octane, Bangalore, Caustic and Wattson—and possibly others. These and other loot will rotate in the Apex Legends shop where you can buy them or find them in Apex Packs (loot boxes).

I’ll definitely give it a spin even though I don’t play much Apex Legends these days. It’s just tough to play with randoms in teams of three, especially if you don’t play very often. Oh well. Still a great game.