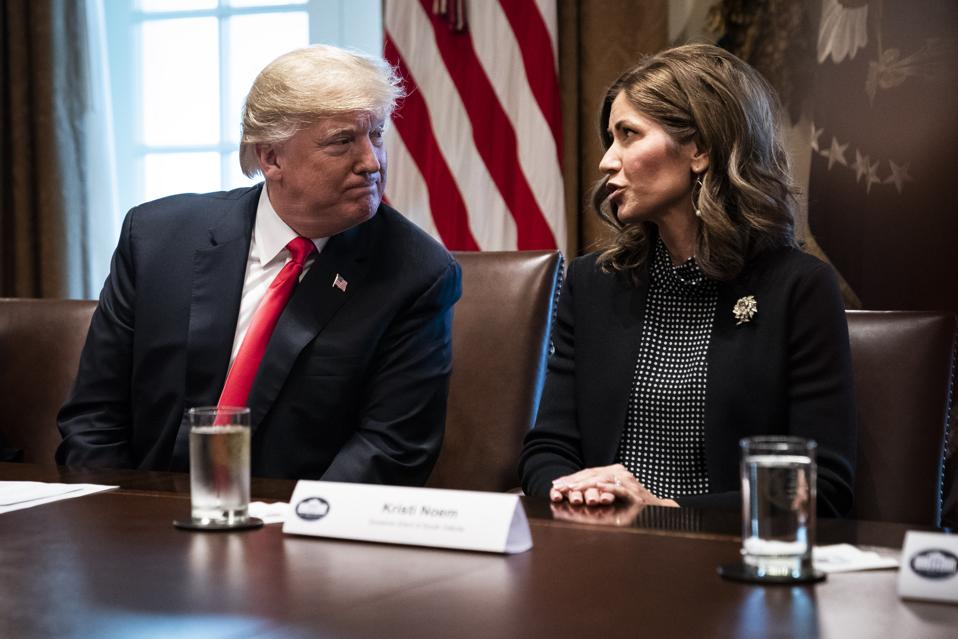 Many invoke the role of small government. All are Republicans.

Topline: While a vast majority of states have issued statewide stay-at-home orders in response to the coronavirus outbreak spreading across the United States, a handful of Republican governors have resisted mounting pressure to do so from many, including from the country’s top authority on infectious disease, Dr. Anthony Fauci.

Big number: Over 300 million people. That’s how much of the U.S. population, in 41 states across the country, is under mandatory stay-at-home orders, according to The New York Times. Some nine in ten Americans are now under instructions to not leave their house unless absolutely necessary.

Crucial quotes: In an interview with CNN on Thursday, Fauci made it clear that he believes all states should have stay at home orders. “I don’t understand why that’s not happening,” Fauci said. “If you look at what’s going on in this country, I just don’t understand why we’re not doing that. We really should be.” He recommended that the federal government should enact a nationwide stay-at-home order to curtail the spread of the virus. But President Trump and his administration have been reluctant to do so: “I leave it up to the governors. The governors know what they are doing,” Trump reiterated at his press briefing on Friday.

Key background: Some states, like Alabama and Missouri, had held out on issuing statewide orders for several weeks, before reversing course and doing so yesterday. Other states, such as Maine and Georgia, similarly issued stay-at-home orders earlier this week, amid mounting pressure from medical experts and lawmakers. In Florida, for instance, Governor Ron DeSantis for weeks resisted calls to impose a statewide order, despite a surging rise in coronavirus cases. He abruptly changed his stance earlier this week, citing President Trump’s “demeanor the last couple of days” as the reason for declaring a stay at home order, not because of warnings from health officials.

Chief critic: “What are you waiting for?” California Governor Gavin Newsom of California asked governors who hadn’t issued statewide stay-at-home orders. His state was the first to do so. “What more evidence do you need?”

2 Funds With 9%+ Dividends Built For This Pullback