Breaking
How to Run Nonprofit Marketing Ads
Entrepreneurs Are Bringing Transparency To Home Buying And...
Best Incentive To Get Vaccinated: Money, Messaging, Or...
Page Level Query Analysis at Scale with Google...
How A CIO Can Align IT With Business...
Blogger of the Month: Jo, Girl Eats World
6 Things Women In Business Know That Men...
How to Use First-Party Data for Ad Personalization
Pressing Reset—Putting A Fallen Unicorn Back On Its...
How We Went Viral: Promoting Content with Influencers,...
Blame Olympic Record Price Tag For Return To...
Apple iOS 14.5 Release: Should You Upgrade?
How to Come up with Podcast Topics and...
Why Gaming Gear Company Razer Launched A $50...
Technical SEO Implementations to Increase the Impact of...
30 Brilliant Ways to Market Your Eco-Friendly Shopify...
Home General Here’s A ‘Genshin Impact’ Meteorite Shard Location Map For The Unreconciled Stars Event
General 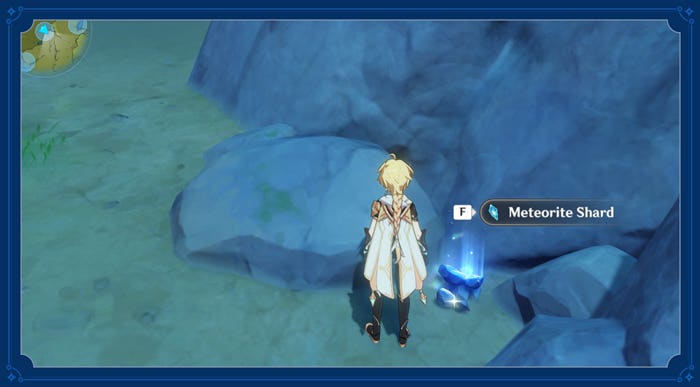 Genshin Impact Update 1.1 has arrived, and the game has gone from a relative content drought to almost too much to do here in next-gen console launch week. In addition to new story quests and a region rank system, a new event has started called Unreconciled Stars, and it has some pretty solid rewards players will definitely want to pursue.

A main feature of the event is asking players to hunt down meteorite shards that are scattered around three different regions in the map, with 20 in each. Collect enough of these and you will be well on your way to a whole bunch of rewards from Mora to enemy materials that you will need for upgrades and ascension.

The best map I have seen for this so far has been u/Shukaaa on reddit who seems to have nailed the locations with custom waypoints that will be very, very useful in your own meteorite finding journey.

And the author has one final note about a missing Meteorite from this map: “Take note that the Starfell Valley is missing one more meteorite which is in a small rock islet east of the Thousand Wind Temple.”

This is probably the largest limited time event Genshin has done yet, both in terms of its scope and its rewards. There’s also a component that lets you claim additional prizes for what else, 40 Resin, for the Fallen Star challenge. And there are “Meteoric Wave” world quests that unlock as you make your way through this event for even more rewards.

I am excited to see Genshin Impact really starting to pick up steam with substantive events and updates like this, and in ways that are not just adding more characters to gamble for. The game is going to need to have quests and activities for all players to participated in even if they can’t spend dozens or hundreds of dollars on gacha stuff, and I think that Update 1.1 has done a very good job of bringing things like that to the table, and the Unreconciled Stars Event seems to be a good indicator of the scope of future events we might expect from the game.

The timing of this is just unfortunate as I have had to set Genshin down with so many other games to play on next-gen consoles. But when all that dies down, I may return for Update 1.2 in December when there’s more free time, as I did pull a Childe at the beginning of this event I need to start working on.

10 Crucial People To Make Your Next Book A Success

How To Strategize Your Job Search