Breaking
What You Need To Know About Your Startup...
Governor Signs Landmark Student Loan Borrower Protection Bill...
Reddit Co-Founder Alexis Ohanian Plans $150 Million Investment...
This Week In XR: Enterprise Adoption And Financing...
The Disadvantages Of Aging In Place
How Advances In Customer Service Can Take Telehealth...
5 Reasons Why Your Startup Needs To Be...
Beyond-Professional: What Is The New Workplace Normal?
After 75% Rally, Johnson Controls Stock Looks Fully...
The Future Is Now: This Start-Up Offers Carbon-Free...
Eight Boxes To Check If You Want To...
Where Have All The Entrepreneurs Gone? A Conversation...
Nintendo Just Stealth Released ‘Kirby Fighters 2’ For...
Will Christmas Come Early For Retailers This Year?
Two New Bills In Congress Offer Clarity For...
Serendipity Lost: Bringing More Pizazz Into The Virtual...
Home Finance Here’s The Crushing Truth About American Farmers Under Trump’s Trade War
Finance 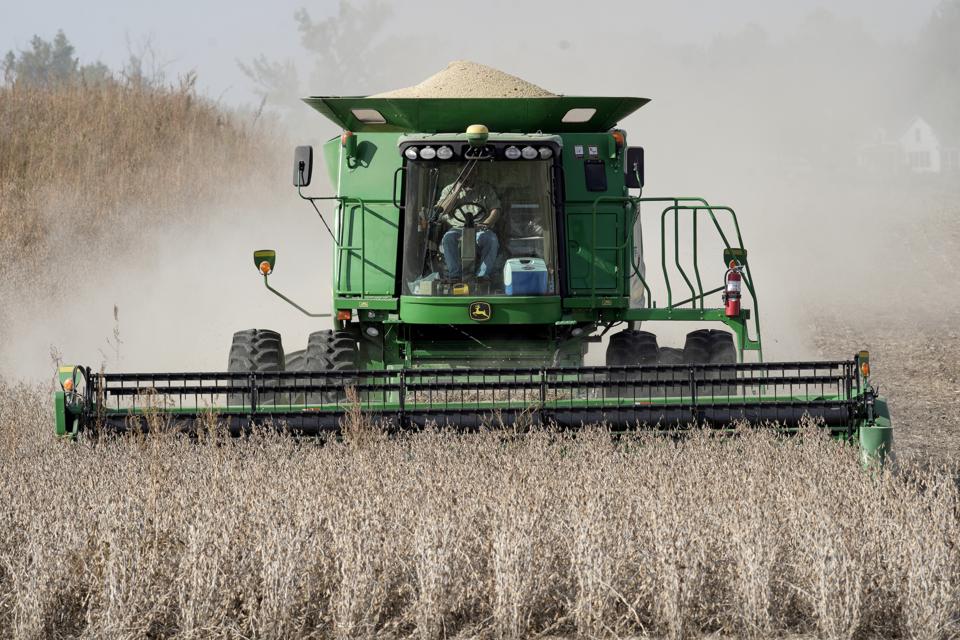 Income inequality comes in many forms. A long-developing one getting unfortunate boosts between trade wars and cataclysmic weather events is agriculture. The small farmer, to be exact.

They were already doing badly, and then came the tariff wars with China and the loss of a major market. There has been Trump’s Market Facilitation Program (MFP), which is a bailout for farmers, but according to an analysis, the biggest far organizations sucked up the bulk of the money, putting small farmers ever further behind.

To get an idea of the relative size of most farms, here’s a table based on data from the U.S. Department of Agriculture Economic Research Service and National Agricultural Statistics Service. The data is current to Nov. 27, 2019 and the farm size is in gross sales. 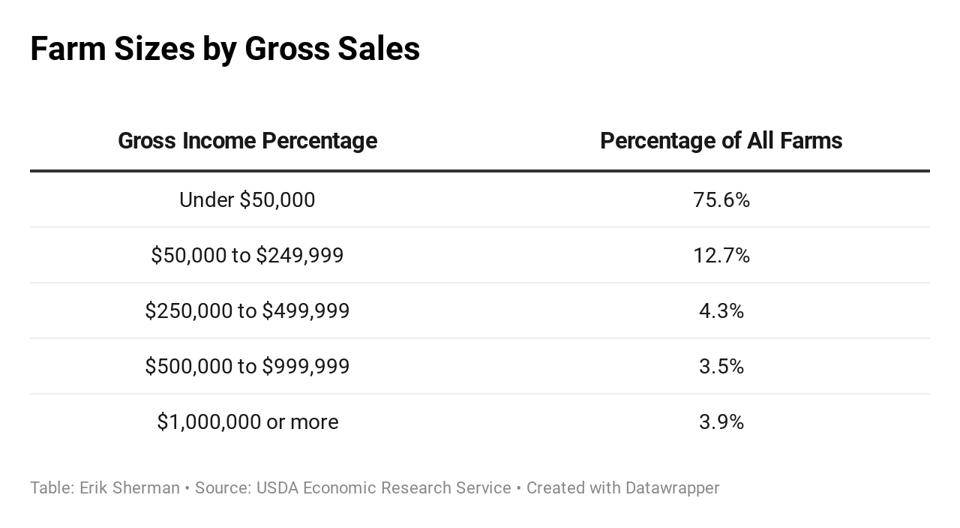 Three-quarters of all farms in the U.S. bring in less than $50,000 in gross revenue while 11.7% see at least $250,000. But those numbers are misleading because they are gross (before all costs) and are for family farms, not non-family (majority of the farm is owned by people other than those operating it).

In other words, small family farms (90% of all family farms) are in deep trouble normally. These latest shocks are helping to drive up farm bankruptcies and farmer suicides, as Chuck Jones wrote earlier this year at Forbes.com. These are people who badly need help.

But they aren’t getting it. In fact, relatively few are received the help they reportedly need. In Louisiana, the program doesn’t cover costs, let alone the income had there been no trade war, the point of the MFP subsidies, which are in addition to other regular types. More than a third of 2019 farm income is coming from the federal government. But that’s in aggregate, not evenly spread out.

The Environmental Working Group has run an analysis on the MFP subsidies and says the top 10% of recipients—”the largest, most profitable industrial-scale farms in the country,” according to the EWG—received half of all the dollars spent, in the form of multi-million dollar payments. The top 1% of recipients received 13% of payments. The bottom 80% received an average of $5,136.

But, again, that last number is an average. In Iowa, as the Des Moines Register reported, there were 100 payments out of almost 4,300 that were less than $25. There were 11 farmers whose checks didn’t even break $5. The farmers getting the least tended to focus on corn, which was valued for the payments at a penny a bushel.

Some serious imbalance is bound to have happened when so much of the farming market is concentrated in large corporate operations that also dominate exports to China. However, the farming industry is in dire straits and, you could easily argue, is a national security consideration. Having no food or other vital farm-based products is a disaster waiting to happen.

Farms are dying off. They can’t make enough off low crop and livestock prices, driven down by retailing giants that want to maintain or expand their own margins as they sell food to consumers who insist on low prices. The MFP payments are just another example of how government and private industry plans are pushing farms out of business.

I know small farmers local to us and have spoken with others across the country. They are proud people who feel that they’re being called upon to sacrifice at a critical time. But they’re being ill-used in a trade dispute where the U.S. is nowhere close to getting the market and intellectual property protection reforms from China that we’re demanding. Perhaps it’s time to step back, be honest, and consider whether ultimately the country is undermining its own long- and short-term interests.