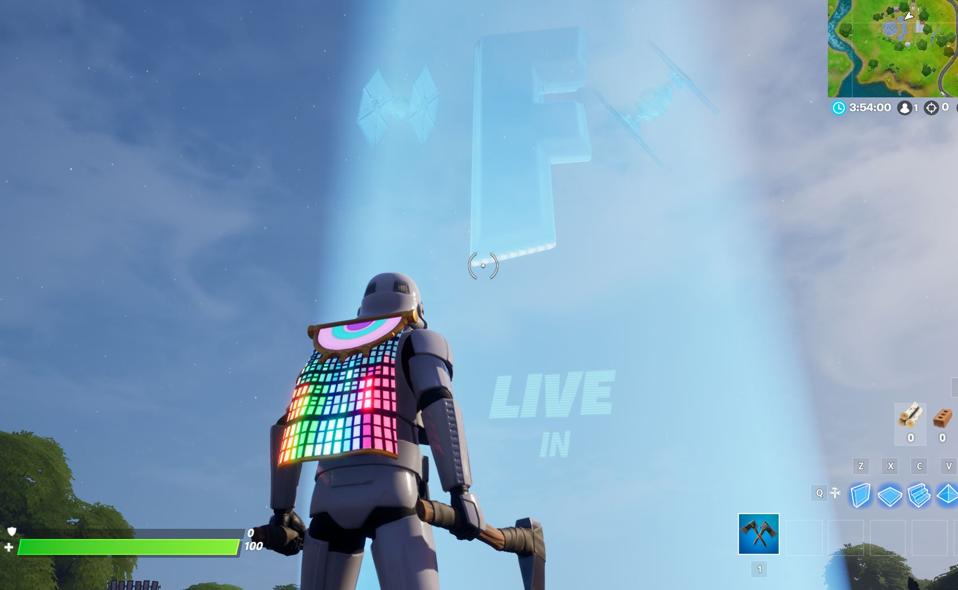 Star Wars is here in Fortnite, and now in greater numbers. What started with a glimpse of a Star Destroyer and a Storm Trooper skin has expanded to a suite of new skins including Rey, Finn and a Sith Trooper, with more likely to come. It’s all part of a central event that should be interesting not just for Fortnite fans, but really any Star Wars fans in the process of getting hyped for Star Wars: Rise of Skywalker. The game is debuting an exclusive scene from the movie on Saturday, Deember 14, at 2:00 PM Eastern. This may be confusing to non-Fortnite players.

Every so often, Fortnite hosts a live event. What this means is that something happens in the game that only ever happens once, and at a specific time. If you’re not logged in at that moment, you can’t see it again except in recordings. These started with a rocket launch in 2018, but have gotten increasingly elaborate. The closest analogue to this Star Wars event is probably when DJ Marshmello hosted an in-game concert.

So if you’re playing at the appointed time, you’ll be funneled to Risky Reels, which is a drive-in on the game island. When the event starts, the “battle” portion of the game will likely be disabled, and you won’t be able to hurt other players or be hurt yourself. After that, it’s hard to say! The screen has been removed at Risky Reels, replaced by a large holograph-looking thing. So it seems likely that we won’t be watching the scene strictly as it will appear in the movie, but rather it will be acted out by holograms of Fortnite avatars. This is speculation, but that’s my guess.

In addition, JJ Abrams will “be there”. Again, it’s unclear what this actually means, buit my guess is that he’ll have an in-game avatar and voice-over introducing the clip either as a hologram or “real”.

According to Epic Games, this is an “exclusive” scene. What that means is that is hasn’t been seen anywhere else before, but it will be a part of the movie when it actually releases.

If you want to see a scene from Rise of Skywalker but have no interest in the battle royale otherwise, don’t worry. Creators and others have full permission to post the scene on Youtube or elsewhere after the show, so you can see it there.

Still, I’d recommend showing up in-game. It doesn’t take long to download the thing on your phone, and you don’t need to do any of the actual fighting stuff. A live event in Fortnite is a strange, wonderful thing, and they’re better “in-person””

U.S., China Reach Initial Trade Deal, But Is It As ‘Amazing’ As Trump Claims?