Breaking
How Millennials Are Changing The Face Of B2B...
Bloggers of the Month: Kelly Jackson & It’s...
As Bitcoin Suddenly Surges Over $50,000, The Price...
In The Race To Retail Dominance, Customer Service...
Meet Onesimus, The Enslaved Man Who Saved Boston...
How to Build a Sales Forecast Model
The Unexpected Ways COVID-19 Has Forever Changed What...
Google Posts: Conversion Factor — Not Ranking Factor
How To Bring Your Branding To Life
Coinbase Cofounders And Investors Poised To Rake In...
How To Stay Top-of-Mind For Your Audience With...
Employers: Eight Red Flags You May Not Notice...
The benefits of videoing in the automotive industry
Ted Lasso, Other Apple TV+ Shows Arriving Soon...
How To Incorporate Click And Collect Into Your...
What Are Working Capital Loans and When Should...
Home Business Here’s What’s In The Two New Covid Relief Executive Orders Biden Just Signed
Business 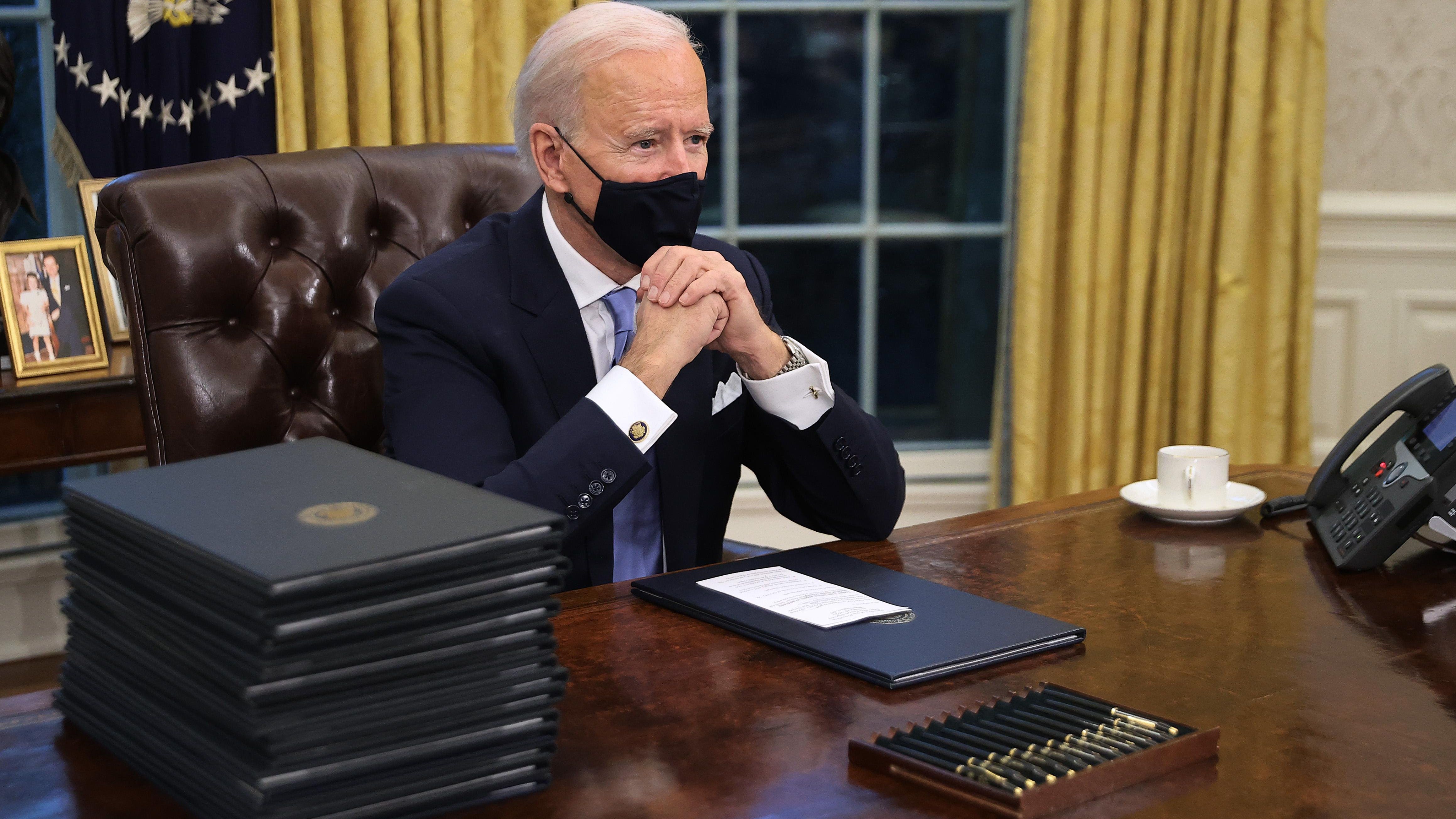 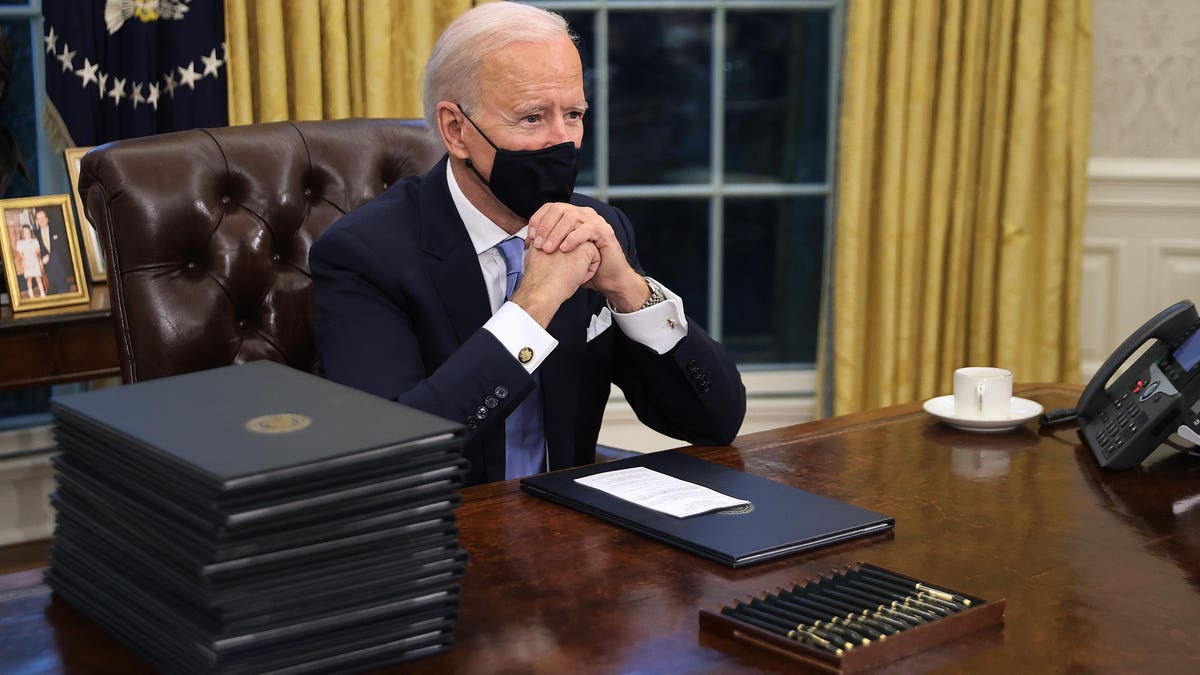 Though the promise of a $1.9 trillion stimulus package remains uncertain, President Joe Biden kicked off his second full day in office by issuing two executive orders to provide economic relief amid the Covid-19 pandemic–one targeted at the hunger crisis facing as many as 41 million Americans and the other for federal employees and contractors; here’s a rundown of what they offer, and what to expect next.

Headlining the first order, Biden has asked the Treasury Department to help nearly 8 million Americans who have yet to receive the first round of stimulus checks from March get those payments by, among other things, enabling them to claim funds online.

The order enabled the U.S. Department of Agriculture to increase the Pandemic Electronic Benefits Transfer (P-EBT) program by 15%; it previously allowed low-income families to receive up to $5.70 per child for each day of school meals missed due to Covid-related closures.

The USDA also increased allotments for the Supplemental Nutrition Assistance Program, which provides funds to low-income families for food, in order to help reach an additional 12 million people.

In a separate order, the president is directing the Office of Personnel Management to develop recommendations to pay more federal employees at least $15 per hour.

The new administration will also begin crafting an executive order that would require a minimum wage of $15 per hour for federal contractors and emergency paid leave for government workers within the first 100 days of Biden’s presidency.

As part of the Friday actions, Biden has revoked three executive orders from former President Donald Trump that set restrictions on federal employees’ collective bargaining power when negotiating their contracts, and curbed other worker protections.

President Biden is looking to drum up bipartisan support for his lofty $1.9 trillion stimulus relief plan, but there’s no guarantee that Republicans will sign on–and the timing of that package remains incredibly unclear. White House Press Secretary Jen Psaki said Wednesday that the president’s “clear preference” is to pass a bipartisan bill and that his administration is “not going to take any tools off the table.” During a press briefing Thursday, House Speaker Nancy Pelosi (D-Calif.) said Democrats would work on coronavirus relief next week in committees to be “completely ready to go to the floor” when the House returns to session in the first week of February–but that has few implications for the Senate, where a razor-thin lead among Democrats will make Republican support much more crucial during negotiations.

In addition to the stopgap measures issued by executive order and the proposed $1.9 trillion “rescue” package, Biden has also touted a vague “recovery” package that Vital Knowledge Media Founder Adam Crisafulli noted Friday could be worth another $2 trillion. Crisafulli expects Democrats will work to pass the rescue package by March–in a “best-case” scenario–before turning attention later in the year to the recovery package that would likely include plays in infrastructure, big-tech regulation and corporate tax hikes.

“Congress should finish the job by expeditiously passing the American Rescue Plan into law, but the American people cannot afford to wait for Congress to act–they need help and they need it now,” the White House said in a statement Friday. Brian Deese, director of the White House National Economic Council added to that, saying: “So many are hanging by a thread. They need help, and we’re committed to doing everything we can to provide that help as quickly as possible.”