Breaking
Sunday’s Google Doodle Is Actually About Google
Office Of The Comptroller Of The Currency Chief...
Source Code For Multiple Windows Operating Systems Publicly...
Why Forgettable Pfizer Really Is A Great Value...
Hot For The Holidays? Amazon Home Drone, Kid...
Best Small Business Loans
The FAAMG Stocks Drive The Markets
Mall Of America Extends A Hand Of Unity...
Surprise Samsung Galaxy S20 FE Beats Google Pixel...
After Apple And Tesla, Berkshire And Amazon Should...
Is It Wrong To Be Rich In Poor...
‘C&C’ Is 25: How ‘Command & Conquer’ Revolutionized...
Archeologists Vs. Spirit Mediums Exhuming Human Remains In...
Blow To Bitcoin As Portnoy Warns Cryptocurrencies Are...
What an Effective Business Cloud Must Include
5 Ways to Make Running a Business Easier
Home Finance Here’s When The Stock Market Will Recover, According To Historical Sell-Offs
Finance

Here’s When The Stock Market Will Recover, According To Historical Sell-Offs 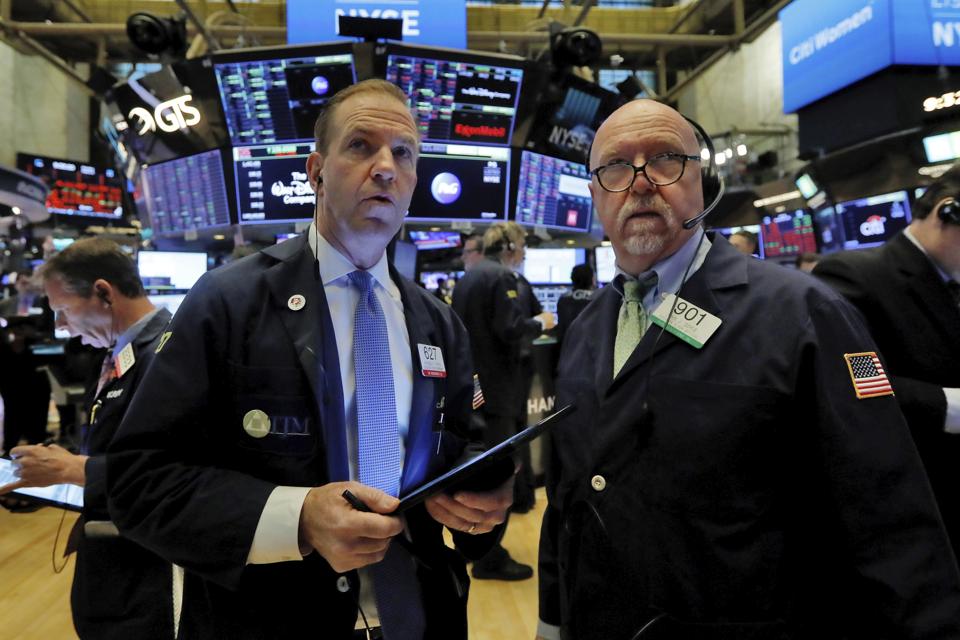 Stocks could fall even lower but history shows that the market typically recovers within six months. … [+]

Topline: Although coronavirus—and now an oil price war—continue to roil markets and undermine economic growth, not everyone is panicking: Some experts argue that recession fears are overblown despite the latest sell-offs, as the market historically tends to bounce back in the long-term.

Crucial statistic: JPMorgan currently places its year-end price target for the S&P 500 at 3,400—implying that the firm sees around an 18% upside from the index’s current level today. “The speed and intensity of the sell-off has shaken investor confidence with many now modeling recession scenarios even though there is still significant lack of clarity on the actual fundamental impact,” Lakos-Bujas said in his note.

Crucial quotes: Mohamed El-Erian, chief economic adviser at Allianz, wrote in the Financial Times on Monday that the feared impact of the coronavirus is “destroying supply and demand simultaneously,” while the recent launch of an oil price war is further putting pressure on the global economy. He argues that a coordinated “whole of government” approach with “true productivity-enhancing reforms” would effectively stem financial losses, rather than continuing to over-rely on central banks.

Tangent: “There’s very dramatic value to be found in secondary and tertiary names—it’s a good time to be confident when putting money to work,” says Lemonides. He identifies several stocks in particular that are really well-priced right now compared to a couple of weeks ago: Goldman Sachs, Invesco and United Natural Foods. “Position your portfolio through this maelstrom to the other side of it,” he recommends.

Key background: Investors have struggled to judge the economic impact of the fast-spreading coronavirus, especially now that it has started to hit the U.S.—with over 750 infected and 26 dead. Making matters worse is an oil price war that broke out between Saudi Arabia and Russia over the weekend, further fueling fears of a global economic recession. Monday’s historical sell-off saw the Dow and S&P 500 both plunge almost 8% for their worst day since 2008. Oil also fell around 25%—its biggest one-day decline in prices since the Gulf War in 1991.

Beware More Trump Fury As Huawei Rebellion Fails: ‘We Have No Friends Any More’

Is Inter-Company Automation The Next Frontier For AI? That’s What Backbone AI, A New Startup, Believes.