Breaking
ESBC Major Updates: Tons Of Heavyweight Greats Added...
5 On-Demand Courses To Help Develop Your Leadership...
How to Run Nonprofit Marketing Ads
Entrepreneurs Are Bringing Transparency To Home Buying And...
Best Incentive To Get Vaccinated: Money, Messaging, Or...
Page Level Query Analysis at Scale with Google...
How A CIO Can Align IT With Business...
Blogger of the Month: Jo, Girl Eats World
6 Things Women In Business Know That Men...
How to Use First-Party Data for Ad Personalization
Pressing Reset—Putting A Fallen Unicorn Back On Its...
How We Went Viral: Promoting Content with Influencers,...
Blame Olympic Record Price Tag For Return To...
Apple iOS 14.5 Release: Should You Upgrade?
How to Come up with Podcast Topics and...
Why Gaming Gear Company Razer Launched A $50...
Home Business Here’s Why Warren Buffett Won’t Rush His Next Multi-Billion Dollar Deal
Business 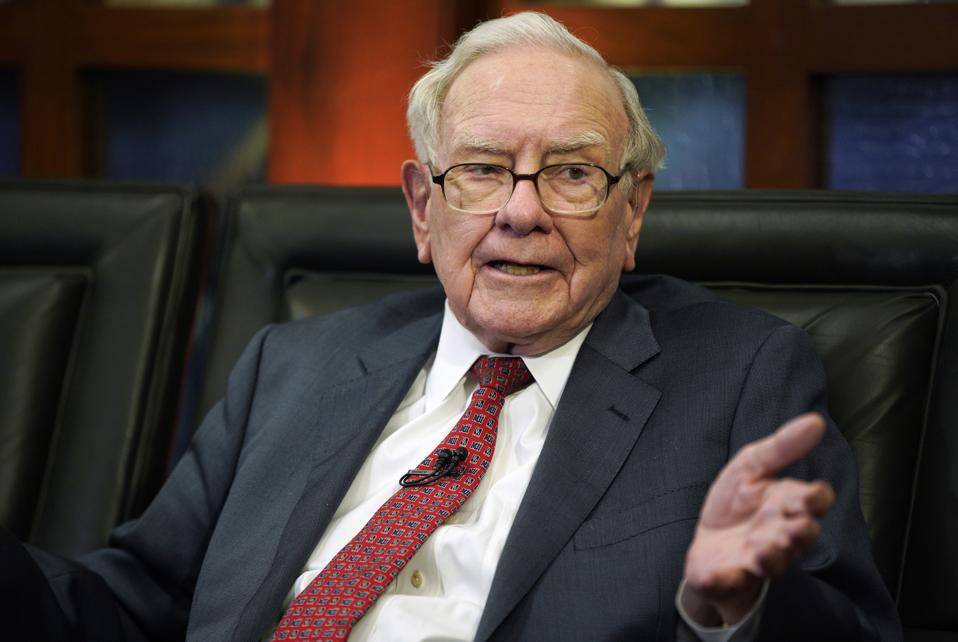 Warren Buffett may be slower to make a big purchase than some expect. He explains why. (AP … [+] Photo/Nati Harnik, File)

A frequent question during any time of market stress is what will Buffett do? He has a reputation as a dealmaker, and Berkshire stepping in with a big deal can be a positive sign for those who invest with a similar approach.

Warren Buffett held court at the Berkshire Hathaway BRK.B shareholder’s meeting on Saturday May 2 2020, answering questions from investors at length and summarizing his views on the markets and economy. He gave no indication that any big deal was imminent, and though he said it’s always possible that a $30B deal could happen if he got the right phone call, he also gave a few reasons why such a deal may not be immediate.

Looking For The Right Deal

Buffett shared that his goal is above all to do the right deals for Berkshire. He can’t control when these opportunties come along. There is no guarantee that such a deal would coincide with a lull in the markets. If it does and people view it as a sign of confidence in the markets as occurred in 2008-9 then Buffett is very happy to provide such a boost, but that’s never his ultimate goal. He won’t do deals to instill market confidence, his aim is to find the right long-term businesses for Berkshire. Those opportunities are infrequent, especially at the size Berkshire now operates at, where meaningful deals must typically be in the tens of billions.

The Actions Of The Fed

Buffett also shared that during the most recent market panic in the second half of March he believed the Fed under Jay Powell did an excellent job. The credit markets were on course to freeze up later in March, on Buffett’s view, and the Fed prevented this outcome with strong actions. Buffett thought the Fed has handled this crisis very well so far, but ironically that sound handling of the financial markets means less options for Berkshire to step in. The phones were starting to ring, though not with great deals, as the credit markets were heading toward trouble in late March, but the actions of the Fed meant that firms then had less need to look to Berkshire for funding, and the debt issuance then hit high levels after the Fed’s actions. Basically the Fed provided liquidity so Berkshire didn’t need to.

An Abundance Of Caution

Buffett also shared that he doesn’t view Berkshire’s cash pile only as ammunition for deals. It is also an extreme layer of buffer for Berkshire’s insurance operations. While in virtual all states of the world, that buffer is unlikely to be called upon, it is theoretically possible. For example, Buffett mentioned that just because you’ve had a hurricane doesn’t mean you can’t then have an earthquake. Follow-on negative effects from the virus were possible if far from certain. In fact Buffett didn’t even want to describe such events in case talking about them to a broad audience made them more likely. Buffett did not want to make any short-term predictions about the virus or the economy. Still, he did see certain scenarios where some cash may be necessary for the insurance operations of Berkshire. Because of this, the cash on the balance sheet may seem idle, but it also playing an important business role. It is also possible Berkshire’s operating businesses beyond insurance could need cash too.

At many times in his comments and as during past years, Buffett refused to make any market timing call. Buffett is bullish on the markets on a multi-decade view, and is especially positive on America. However, he doesn’t necessarily think that the markets will necessarily do well over the next day, month or year. That’s not to say he’s necessarily pessimistic, more that the short term is very hard to predict and at the moment there are an extremely broad range of potential outcomes in Buffett’s view. Rather than recommending picking stocks, Buffett’s main advice is for those who won’t panic during market downturns to consider owning a low-cost S&P 500 tracking fund and plan on holding them for decades.

So those looking for Buffett to put cash to work in this crisis may be disappointed. Symbolic deals are not his goal. His goal is to find the right long-term businesses to invest in. The uncertainty associated with this crisis, which may, theoretically, require cash for insurance operations in worst-case scenarios, together with the extreme level of support offered by the Fed may mean that Berkshire is slower to make any big move during this downturn. For now, his main moves are selling down his airline stakes and issuing some debt.

Can You Pray Coronavirus Away? A New Clinical Study Is Underway