Breaking
Flight Attendant Starts Successful Business Amid COVID-19
Why You Should Fire 90% Of Your Clients...
15 Smart Ways To Get More Mileage Out...
14 Smart Ways To Leverage Machine Learning For...
Three Lessons The Life Insurance Industry Learned During...
Why Convenience Is Essential
Norway’s $1 Trillion Oil Fund, BlackRock And Vanguard...
Sennheiser Makes Open-Back Headphones More Affordable With The...
Artificial Intelligence Is Ready For Prime Time, But...
Satellite Science Is Helping The Environment, From Farms...
Corporate America’s Employment Problem Isn’t Just Race But...
Designing Household Appliances With Planet And Health In...
Fauci: ‘We’re Nowhere Near Herd Immunity’ In The...
Behind The Curtain—Chapter 11 From The Inside—Chapter 10—The...
Three Classic Ways To Get New Business
Email Marketing Consulting
Home Technology Here’s Why Your Apple App Store Purchases May Be A Ripoff
Technology 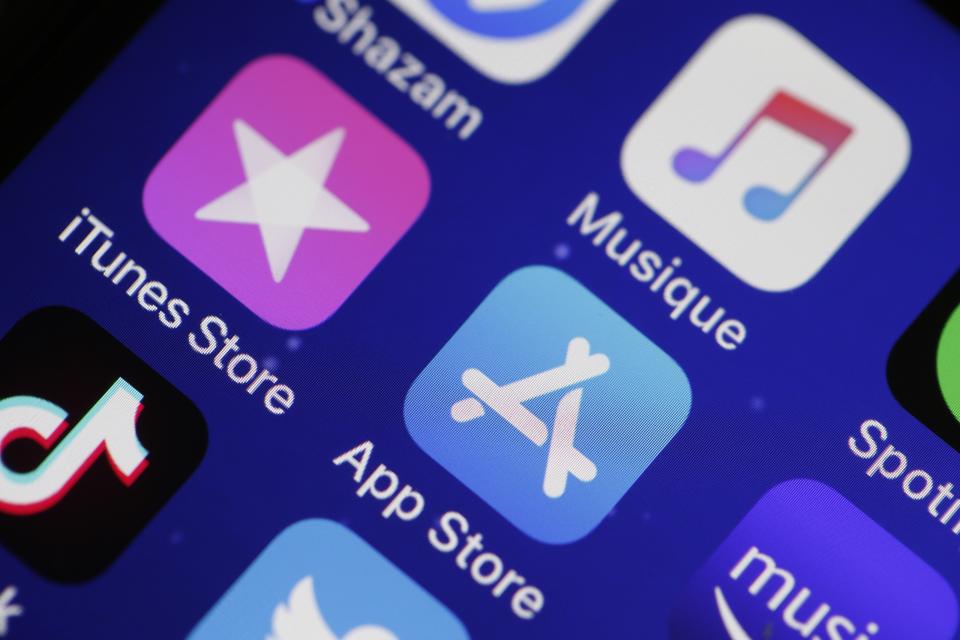 PARIS, FRANCE – JUNE 03: In this photo illustration, the logos of the applications, iTunes Store, … [+] App Store and iTunes are displayed on the screen of an iPhone on June 03, 2019 in Paris, France. The multimedia application iTunes should disappear tonight at the end of the opening conference of the WWDC held Monday, June 3 in San Jose (California). According to information from several American reference media, the Apple computer group will replace the platform with a trio of independent applications for Mac each responding to a dedicated use: Music, TV and Podcasts. (Photo by Chesnot/Getty Images)

Purchasing subscriptions through Apple’s App Store could be costing you hundreds of dollars each year.

Some companies charge customers higher rates in iPhone apps than on their individual websites or in other app store, according to reporting by Nicole Nguyen of The Wall Street Journal.

For example, Tinder offers several tiers of paid memberships, including Tinder Gold, which allows subscribers to see “who likes you before you decide whether to Like or Nope.” A one-month subscription to Tinder Gold will cost you $29.99 via the Tinder app (price may vary based location and other factors), but you could get the same Tinder Gold one-month membership for only $13.49 on Tinder’s website. That means you’ll pay more than double the price by subscribing to Tinder through the Apple iPhone app than through Tinder’s website. Over the course of a year, monthly Tinder subscriptions through the Tinder’s iPhone app will cost you $198 more than going through Tinder’s website; a bulk 12-month subscription could set you back $75.49 more via the iPhone app.

Love may come at a price in today’s age, but it shouldn’t cost you double!

Why The Price Is Difference:

Apple charges companies a 30 percent fee on every purchase and subscription made through iOS apps, which declines to 15 percent after the subscriber’s first year. Apple also “requires all in-app purchases to go through the tech giant’s own billing software,” according to the Wall Street Journal, while other stores, like Google’s Play Store allow companies to use other payment systems. Furthermore, Apple’s strict rules do not allow companies to steer users away from the App Store within their iOS apps by listing better prices.

As a result, some companies, like Netflix NFLX , have decided to entirely block subscription sign-ups and payments through their iOS app. Others may not have this luxury and have resorted to differentiated pricing to offset the steep 30 percent commission.

Other Companies That Charge Higher Prices on Apple iOS Apps:

In addition to Tinder, there are several other apps that charge more if you purchase subscriptions through the iOS app: YouTube Music could set you back $9.99 or $12.99 each month depending on whether you make the … [+] purchase on YouTube’s website or via the Apple iOS app.

As a consumer, don’t get suckered into paying higher prices via Apple’s App Store or through a company’s iOS app. At the very least, it behooves you to double-check the pricing on the company’s own website to see if you can save tens, if not, hundreds, or dollars.