Breaking
Entrepreneurs Are Bringing Transparency To Home Buying And...
Best Incentive To Get Vaccinated: Money, Messaging, Or...
Page Level Query Analysis at Scale with Google...
How A CIO Can Align IT With Business...
Blogger of the Month: Jo, Girl Eats World
6 Things Women In Business Know That Men...
How to Use First-Party Data for Ad Personalization
Pressing Reset—Putting A Fallen Unicorn Back On Its...
How We Went Viral: Promoting Content with Influencers,...
Blame Olympic Record Price Tag For Return To...
Apple iOS 14.5 Release: Should You Upgrade?
How to Come up with Podcast Topics and...
Why Gaming Gear Company Razer Launched A $50...
Technical SEO Implementations to Increase the Impact of...
30 Brilliant Ways to Market Your Eco-Friendly Shopify...
15 Tech Industry Leaders Share Overused (And Misused)...
Home Business HHS Secretary Alex Azar Submits ‘Resignation Letter,’ Effective January 20, Inauguration Day
Business 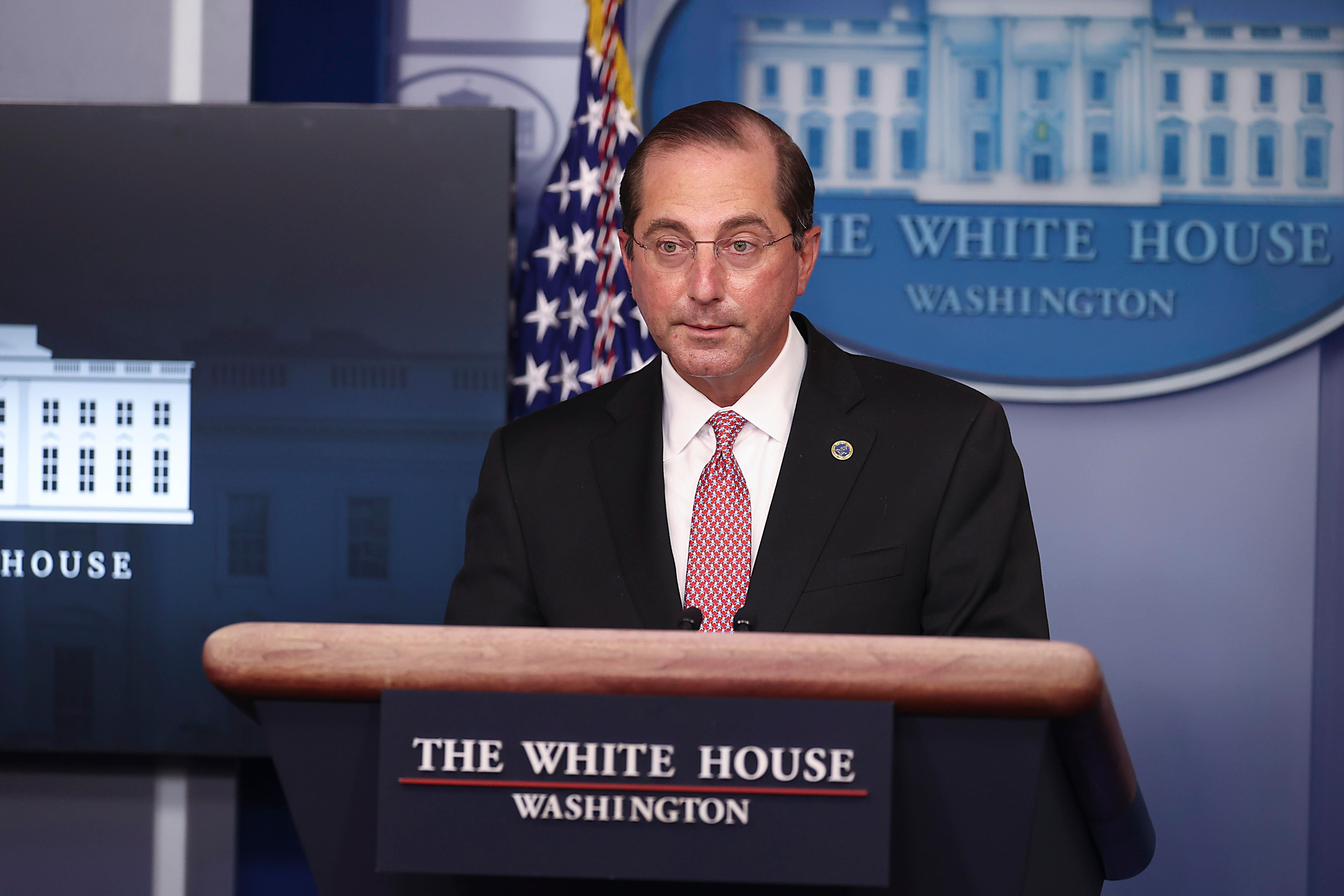 U.S. Secretary of Health and Human Services Alex Azar has submitted a “resignation letter.” As a result, instead of leaving his position on January 20, he will be leaving his position on January 20. Indeed, rather than relinquishing his position in five days on Inauguration Day, he will be stepping down in five days at noon on Inauguration Day. In other news, the month of January will be resigning on February 1, and all the food in your refrigerator will be resigning on their expiration dates.

The New York Times posted a copy of Azar’s resignation letter, which was dated January 12, 2021, almost a week after supporters for U.S. President Donald Trump stormed the U.S. Capitol Building. Many have called these supporters “domestic terrorists” as they basically attacked a federal building. However, Azar’s letter didn’t explicitly cite the attack as the reason for his resignation and began with “As a result of the change in Administration, please accept my resignation as Secretary of Health and Human Services (HHS), effective noon, January 20, 2021.” By the way, Azar won’t be the only one leaving office at that time. The rest of Trump’s remaining cabinet will be presumably departing that day too. And so will Trump, unless, of course, a coup d’état occurs, our democracy is overthrown, or Doc Brown constructs a time machine out of a DeLorean.

The ensuing five paragraphs of Azar’s two-page letter included plenty of praise for himself and Trump. For example, he wrote, “Our remarkable response to the pandemic should not overshadow the many other successful efforts HHS has undertaken over the last three years, which I focused on facilitating patient centered healthcare markets, protecting and lives, and promoting independence over dependence in our safety-net programs.” Isn’t that a bit like saying, “don’t let my awesomeness overshadow my stunning good looks” or “my remarkable face should not overshadow my stunning body?”

Of course, dictonary.com does define “remarkable” as “notably or conspicuously unusual, extraordinary” and “worthy of notice or attention.” So it is not necessarily always a positive term. For example, you could say, “that’s a remarkable pimple on your face,” or “it’s remarkable that you thought that not wearing pants would be acceptable on a date.” Positive words haven’t exactly flown from everyone’s mouths when referring to the Covid-19 vaccine roll out, which has been less than stellar, in a way that a piece of plywood is less than avocado toast. Case in point:

At one point, 13 consecutive sentences in Azar’s letter began with the word “we.” So the letter had lots of “we…we” in it. One example of such “we…we” was, “We brought price and quality transparency to healthcare services, putting the patient at the center of our system , and required that prescription drug discounts be passed on to patients at the pharmacy counter. We have made health insurance more affordable and created more options for Americans to finance their care. ” Hmm, health insurance more affordable? Well, according to Adam Gaffney, MD, MPH, David Himmelstein, MD, and Steffie Woolhandler, MD, MPH, writing for the Health Affairs blog, from 2016 and 2019, about 2.3 million more Americans no longer had health insurance. Sure, no health insurance is more “affordable” than health insurance in the short term, just like not having clothes is more affordable than clothes. Nevertheless, not having health insurance has its costs. Gaffney, Himmelstein, and Woolhandler indicated that lack of health insurance may have to between 3,399 and 25,180 deaths during the Trump administration. Not exactly at the level of deaths from the Covid-19 pandemic, but still substantial. Moreover, during Trump’s time in office, no real alternative to the Affordable Care Act passed.

Azar did mention the January 6 riot near the end of his letter, stating, “Unfortunately, the actions and rhetoric following the election, especially during this past week, threaten to tarnish these and other historic legacies of this Administration. The attacks on the Capitol were an assault on our democracy and on the tradition of peaceful transitions of power that the United States of America first brought to the world.”

Did Azar attribute the attack to anything that Trump did? Not exactly. Azar. continued by saying, “I implore you to continue to condemn unequivocally any form of violence, to demand that no one attempt to disrupt the inaugural activities in Washington or elsewhere, and to continue to support unreservedly the peaceful and orderly transition of power on January 20, 2021.”

Azar wasn’t the first Trump Cabinet member to write a “resignation letter” since January 6. Former Secretary of Education Betsy DeVos submitted a letter on January 7 that also mentioned the riot and included a fair amount of “we…we.” However, the difference is that DeVos explicitly stated, “there is no mistaking the impact your rhetoric had on the situation, and it is an inflection point for me.” And her resignation was effective January 8, leaving someone else to run Department of Education for a little over one Scaramucci, which is about 10 days and not very long at all.

Azar, on the other hand, explained why he was holding until Inauguration Day by saying, “With the pandemic raging, the continued need to deliver vaccines and therapeutics to the American people, and the imperative of ensuring a smooth transition to the Biden Administration, I have determined that it is in the best interest of the people we serve to remain as Secretary until the end of the term.”

So Azar wrote a letter to say that he will be resigning his position on the exact day that he is supposed to leave his position anyway. Moreover, the letter attribute his “resignation” to any of Trump’s actions. No, his stated reason was Inauguration Day, the day that President Joe Biden could say, “hey, what are you still doing here,” anyway.