Breaking
Which Party Is Best For Employment? Data Points...
3 Signs Your Latest Business Idea Has The...
Watchdog To Investigate Whether Trump Interfered With Health...
The Presidential Candidates’ Record On Small Business, Part...
Xtelligent Next-Generation Signals Use Algorithms And Artificial Intelligence...
Lawyer Pleads Guilty To Conspiring To Defraud The...
Consider Buying Encompass Health Stock For 20% Upside
Ranking The Best Claymores In ‘Genshin Impact’ (v1.0...
Do College Grades Predict Future Success?
How Gig Workers Can Engage With Organizations
Eight ‘Above And Beyond’ Vetting Practices For Executive...
Top Tips For Using Surfaces Across Google
E-Commerce SEO And How It Can Skyrocket Your...
Five Crucial Things You Shouldn’t Leave Out Of...
Artificial Intelligence And Africa: The Case For Investing...
Relax, The Computing World Won’t End In 2038....
Home Business ‘High Noon’ Is A Tactical Wild West Board Game That Just Landed On Kickstarter
Business 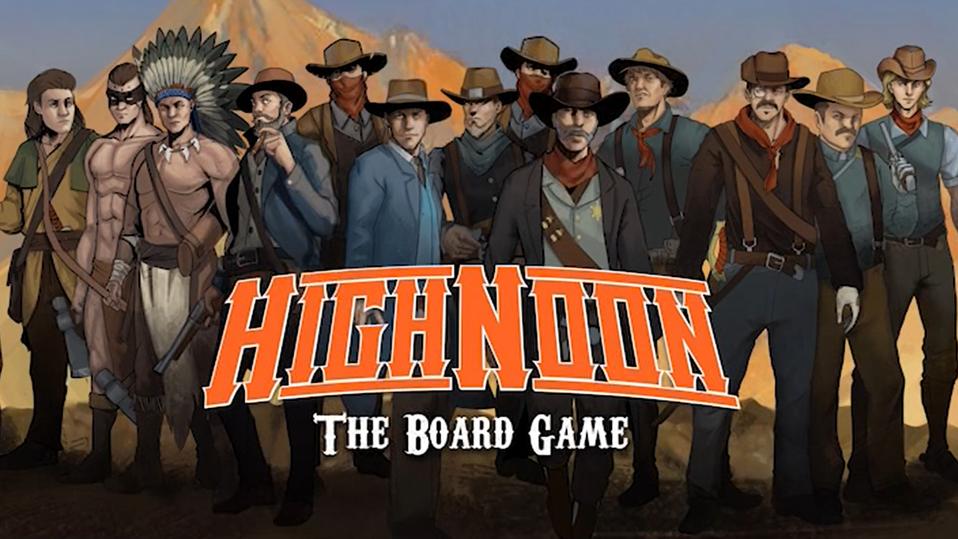 ‘High Noon’ is a new tactical Wild West board that just landed on Kickstarter. It looks great.

As of this writing, High Noon—a new tactical board game set in the Wild West—has raised nearly half of its $84,400 goal on Kickstarter.

Given that the game just launched its Kickstarter campaign this morning, that’s not bad at all. If everything keeps going at this rate, I reckon it’ll cross the finish line before sundown.

You can see why. It’s a miniatures-and-cards board game where you basically get to play as if you’re Doc Holiday and Wyatt Earp, guns blazing as you take down the Cowboys during the Gunfight at the O.K. Corral in Tombstone, Arizona. Or Clint Eastwood in The Good, The Bad and The Ugly, or any number of other Western movies out there. 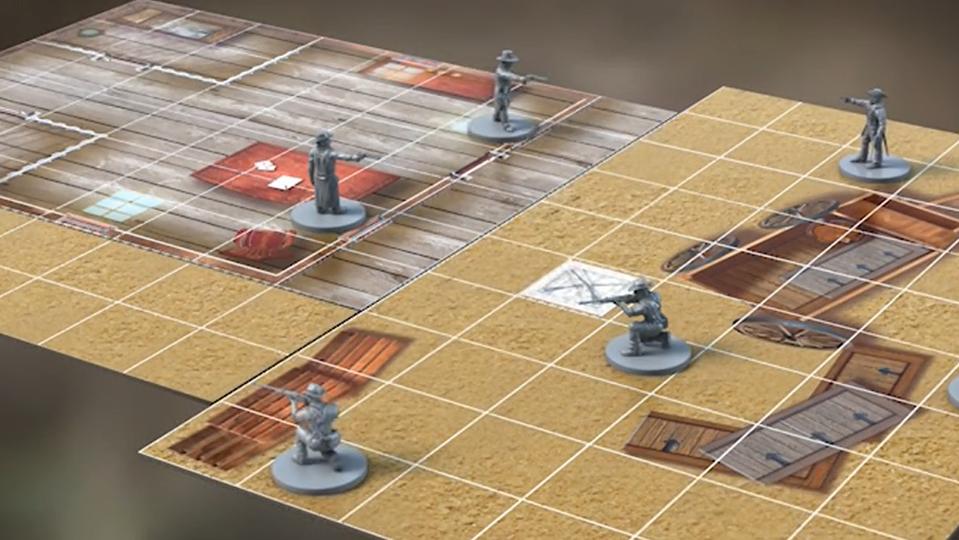 I watched a lot of Westerns as a kid. My grandpa was a huge John Wayne fan so I think I watched just about every John Wayne movie out there, from The Searchers to The Sons Of Katie Elder.

Unforgiven remains one of my favorite Clint Eastwood films. Other classics like The Magnificent 7, Once Upon A Time In The West and, more recently, Tombstone, and even the first season of HBO’s sci-fi Westworld have been hugely important to me.

The point being, I love Westerns and there are simply not enough of them when it comes to games, whether that’s tabletop or video games. So High Noon looks right up my alley. 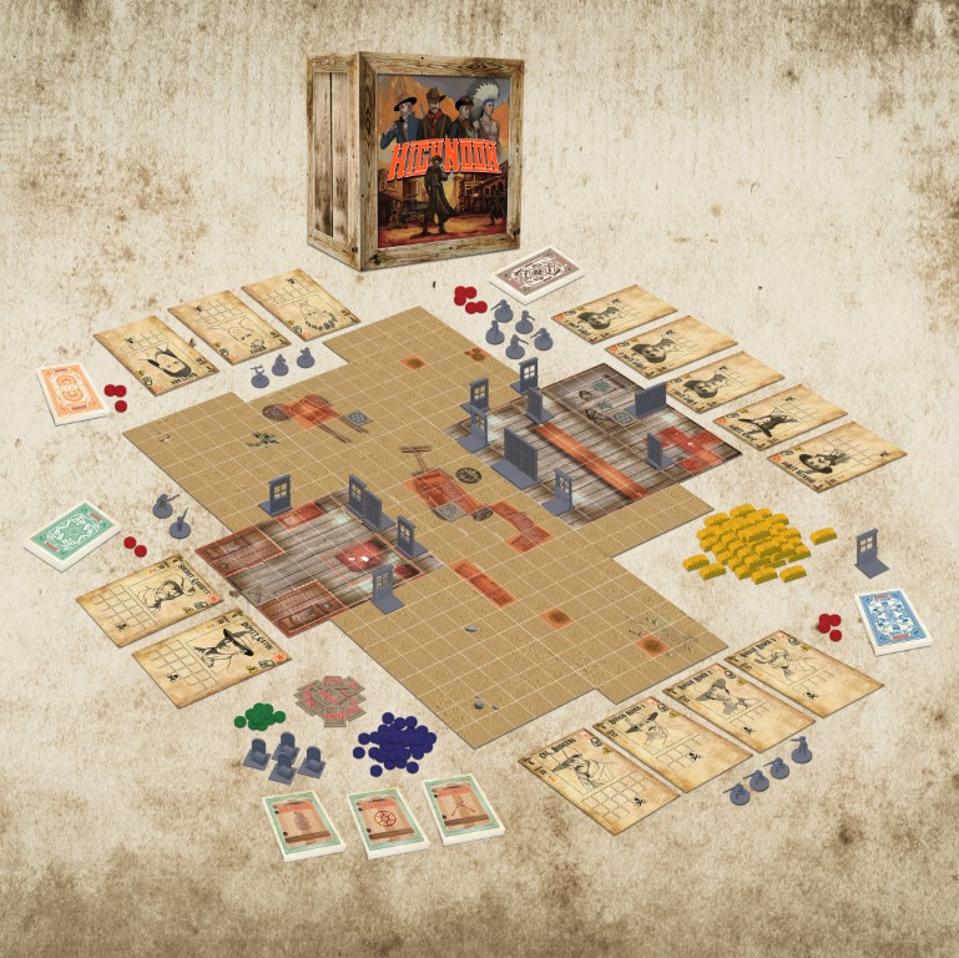 The game operates like many other tactical turn-based shooters. You take three actions per turn: Move, Action (such as shoot at another character) and Draw (three cards). Cards can be moves, loot and so forth. You can only shoot opponents who are in your line of sight, so cover and positioning matters.

To win, you must collect the most Gold, which you earn from dealing damage and killing opponents.

Characters in your posse will have different stats like Range, Speed and Gold value. 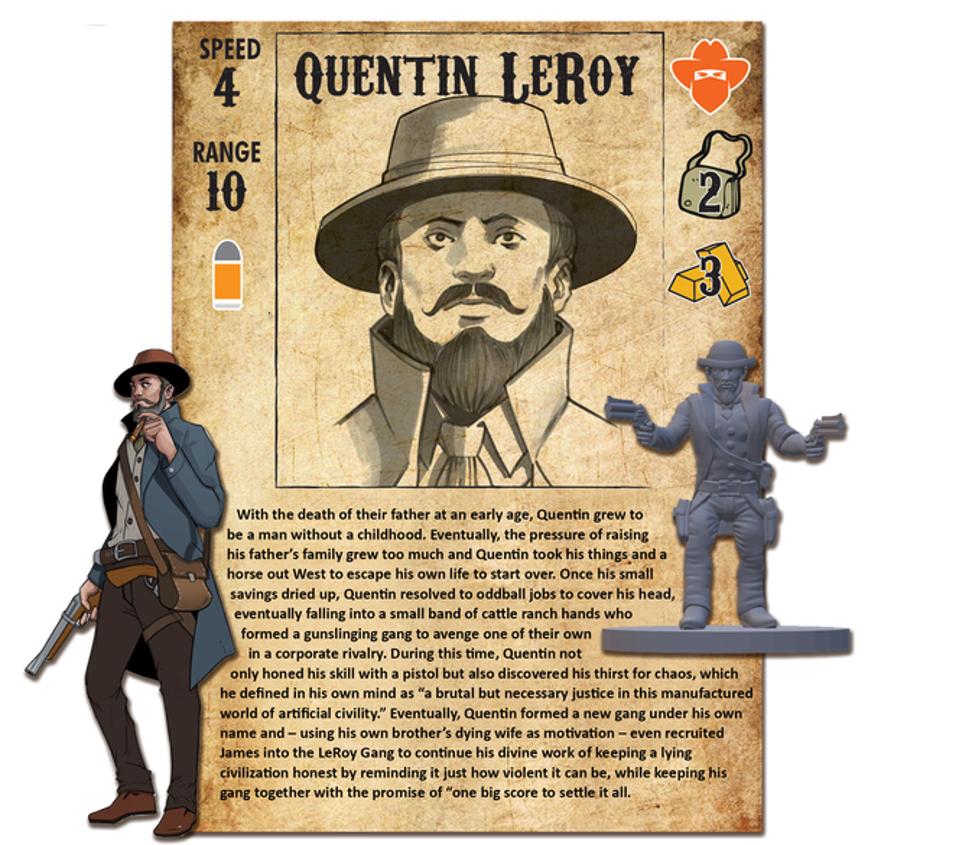 High Noon is set in a fictional Wild West universe, so don’t expect historical towns or figures to play a role in the game.

The lowest pledge for non-retail backers is $89 if you want to receive the actual game. You can back at lower amounts but I say, if you’re going to back a board game on Kickstarter you should back at a level that actually gets you the game. $89 gets you the base game. There’s another tier that will get you all the miniatures and more expensive tiers that get you the expansions, all the miniatures and the base game.

It looks like a lot of fun for anyone that’s a fan of turn-based tactical games and Westerns. Should be some good painting opportunities as well for miniature hobbyists. I used to have some great plastic Cowboys & Indians toys as a kid, actually. Very similar to little green army men, but fully colored characters. Those were great.

Read more about the rules and back the game on its Kickstarter page.

14 Compelling Edtech Developments And Why They Are Important