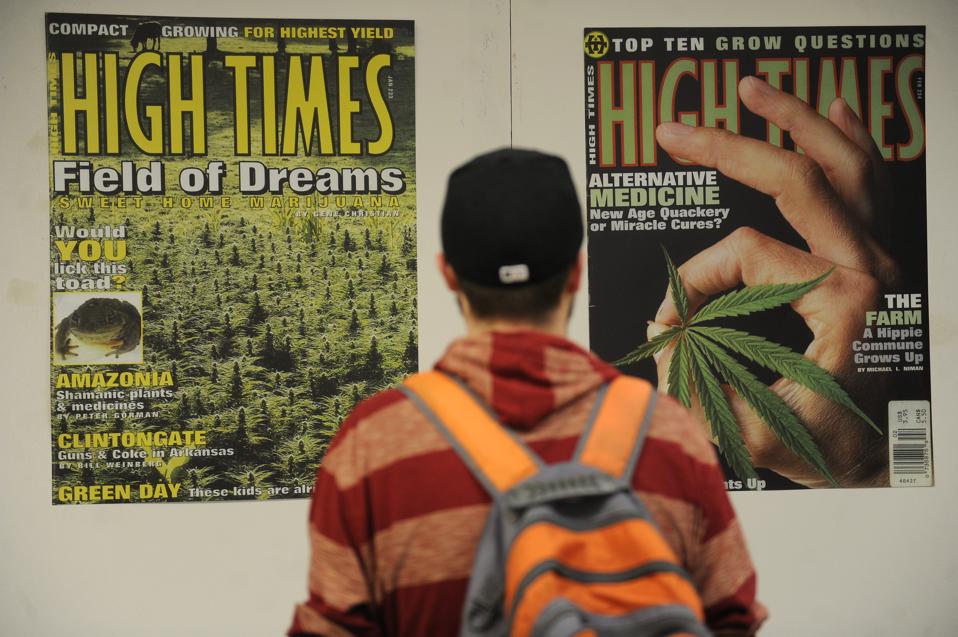 High Times, the venerable marijuana-focused magazine that’s undergone major diversification the past two years, is taking a big step beyond its media roots with plans to open stores in Los Angeles and Las Vegas that actually sell the stuff.

“Having the second-mover advantage in this industry, combined with the present downturn in the cannabis capital markets, provides unique timing for High Times to help non-branded stores to differentiate themselves from the industry’s larger multi-state operators,” said Adam Levin, Executive Chairman of parent company Hightimes Holdings. “I know I speak for the whole team when I say we’re extremely excited to add Paul to the Hightimes family.”

The Los Angeles and Las Vegas dispensaries are both already licensed locations in high-traffic areas, but both will need some additional regulatory sign-off and physical tweaking to incorporate the High Times brand and product lines. said Henderson.

The L.A. store is already operating under a different name in the Palms neighborhood of the city and should be changed over during this quarter, Henderson said. Additional construction is needed on the Vegas location before it’s ready for customers, with an opening date likely in the third quarter.

According to a company release, the stores “will carry High Times logo memorabilia, and other licensed products of the company, as well as an array of cannabis products from some of the top cannabis brands in the respective states and will include an area dedicated to Cannabis Cup award-winning brands.”

The Cannabis Cup is a string of High Times live events that feature competitions for best cannabis products of various types. As part of the company’s recent diversification efforts, it has aggressively expanded the Cannabis Cups and other branded live events in the U.S. and other countries.

The company plans around 30 live events of all kinds this year, said VP of Media Jon Cappetta. That includes a “Hemp Cup” competition at South By Southwest later this spring in Austin. Even though cannabis is illegal in Texas, hemp products derived from the plant are legal, and the Hemp Cup will help expand the publication’s reach even there.

The company also will move into cannabis delivery services connected to its dispensaries, and leverage links in its media coverage of the industry to connect customers with brands, Cappetta said.

The company plans to add more dispensary locations in major cities in California and elsewhere that have legalized recreational use and sale of marijuana. It also plans to create a franchise component of its operation, for existing operators trying to differentiate from competition, Henderson said.

Henderson – a former CEO of cannabis retailer Grupo Flor who previously worked at Apple, Goldman Sachs, and GE Capital – said the franchising process will probably take another year to build out, as he brings in specialists who know that business structure and its unique legal and marketing requirements intimately.

More generally, the move to actually own dispensaries, to “touch the plant,” marks a big shift for High Times, which has spent 45 years documenting and celebrating a product that remains illegal with the U.S. government and a minority of states.

But Henderson said High Times has a unique opportunity, given its brand equity and the current state of the cannabis business. Oversupply of legally grown product, the legal gray issues, and an effective freeze in capital have all complicated the industry’s growth. More generally, the retail sector is being battered by online competition.

“While it’s unconventional (to get into retail), we see retailers as just another avenue connecting people with brands,” Henderson said. “We have a brand that’s trusted. Physical retail doesn’t make a lot of sense in a lot of industries, but it’s a great opportunity here with cannabis. What we really have is an incredible customer-acquisition engine already. We can either sell that traffic or it’s not going anywhere.”

High Times, like many media companies in recent years, has expanded its reach in several directions, building on a sturdy brand in a complicated time for legacy publications.

Beyond the much-expanded array of live events, Hightimes Holdings has acquired a string of cannabis-focused online publications, launched music and online-video initiatives, branded merchandise and more.

The company also has sold shares of itself through the Reg. A+ process to more than 23,000 retail investors over the past year and a half, which has helped sidestep the capital freeze afflicting so much of the industry. Henderson said the company expects approval for listing on the OTCQX market in the next month or so, and will also pursue listing on a Canadian exchange.

How Does an Owner Of A Limited Liability Company Or An S Corporation Get Paid?

Are You An Average Leader Or An Enlightened Leader?