Brazil’s worsening Covid-19 crisis is making waves in the commodities world with reduced iron ore shipments from the South American country lifting the price of the steel-making material by 30% to almost $100 a ton.

There could be more to come with some analysts forecasting a return to last year’s peak price of $125/t, an unexpected rise also caused by events in Brazil. 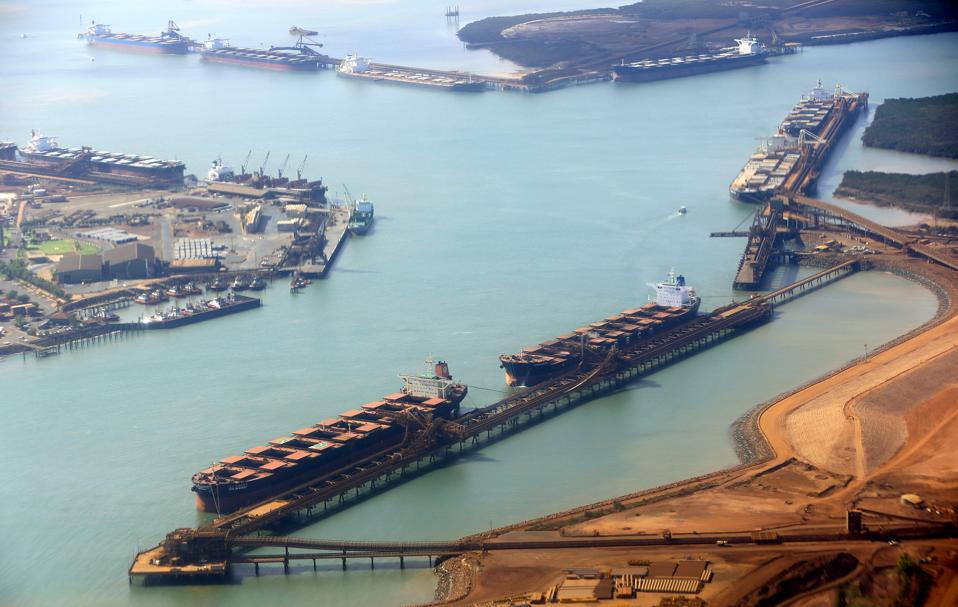 Bulk carriers loading iron ore at Port Hedland in Australia which is benefiting from a worsening … [+] Covid-19 problem in Brazil. Photographer: Sergio Dionisio/Bloomberg

Other iron ore exporters, especially Australia, are the winners from Brazil’s latest setback while China is bearing the brunt of the increase.

Last year’s price-driving event in Brazil was the death of 270 people after a dam designed to hold back mine waste collapsed, forcing the closure of a several mines and a sharp fall in exports.

This year’s setback is Covid-19 and its potential to cripple Brazilian mine and port operations.

Adding to market pressure, which has already seen the benchmark ore price rise from around $75/t to latest trades at $98/t, is strong demand for steel in China as it stimulates economic growth after its Covid-19 lockdown.

Brazil, unlike many other countries, has not uniformly enforced a lockdown with the result being rapid and widespread increase in Covid-19 infection rates which earlier this week saw the U.S. ban flights from Brazil. 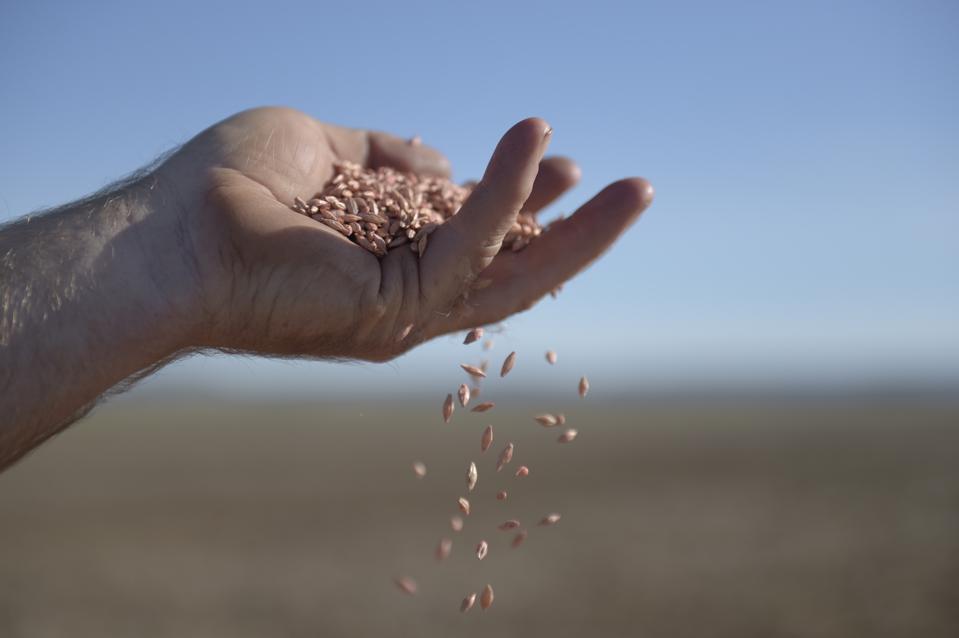 Australian barley exports to China have become the center of a trade dispute. Photographer: Carla … [+] Gottgens/Bloomberg

The political repercussions of what’s happening in Brazil are also spreading beyond that country’s borders and might be a factor in China opting to not escalate a dispute with Australia which has already seen sanctions placed on imports of Australian beef and barley.

Australian miners have been concerned that they would be the next target in a Chinese campaign mounted as a reprisal for Australia’s leading role in calling for an international inquiry into the source of the deadly virus.

Brazil’s problems appear to have prevented a worsening of the trade dispute because of Australia’s importance as a supplier of iron ore to China’s steel mills which have returned to full production.

Stockpiles of iron ore at Chinese ports have been falling along with steel inventories at steel mills in a double-barreled example of the price-driving tightness in the iron ore market.

Despite their differences over an inquiry into Covid-19 geography has made China and Australia natural trading partners.

Australia’s ports are only 12 sailings days from China whereas the sailing time of a big ore carrier from Brazil is 45 days.

The latest mine production data from Brazil indicates a 12% decline in iron ore shipments compared with last year whereas two of Australia’s major producers have lifted production, Rio Tinto by 7% and Fortescue Metals by 24%.

McKinsey & Co, a management consultancy, estimates that the production disruption in countries such as Brazil and South Africa could see a 5% fall in global iron ore production creating an almost perfect storm for Australian miners.

Macquarie Bank said in its latest iron ore research note that it expects “material upside to earnings for Australian iron ore miners from next year and beyond”.

Credit Suisse expects the iron ore price to rise above $100/t but perhaps not for long if Brazil can restore exports.

Covid-19 Coronavirus Continues To Expose Anti-Asian Bigotry, How To Stop It